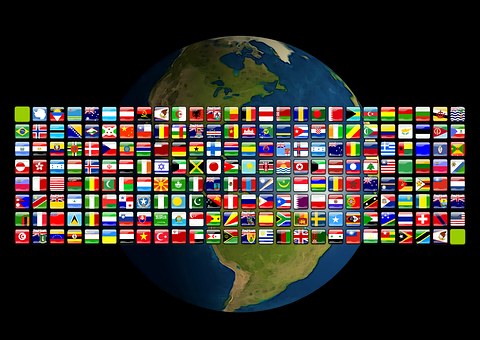 A country’s national flag is symbolic of its culture, principles, and ideology. Every country’s citizens swell with pride when they see their national flag fluttering high in the sky. Now, every country’s flag is a unique symbol of its ideology. But there 195 countries in the world. There are only so many unique designs the flag designers can come up with. Hence there are many countries in the world that are poles apart from one another, but their flags are as similar as Vin Diesel and Paul Vincent. Or maybe Donald Trump and Garfield.

On the other hand, Chad is a small country in Africa which is almost entirely covered by the Sahara Desert. Chad is the seventh poorest country in the world, with 87% of the population below the poverty line. Where Romania’s 4G internet speed is faster than even the USA’s, Chad’s population only listens to the radio. No TV, no Internet. But when it comes to their flags, you just can’t tell which is which. The only difference between the two flags is int eh brightness of hues. Chad’s flag has brighter hues of yellow, red and blue as compared to Romania’s.

On the other hand, Monaco, and everything about the country is as small as Indonesia is big. Monaco is the second smallest country in the world. It is so small that you can cover the entire length of the country in under an hour just by walking. Monaco neither has its own airport, nor its own defense force. If it has anything, it is casinos (Monaco’s primary source of income), and Catholic churches. But as much as these countries are different, their flags are as similar. The two flags are alike in every way, except for their length. Honestly, who can spot such a minute difference, especially if the flags are seen individually?

If you are keen on international politics, then you will know that Qatar and Bahrain have been at loggerheads ever since the 19th Century. Bahrain is a small country in the Persian Gulf, and 500 km away is Qatar, a peninsula country only separated from Bahrain by a narrow isthmus. But this isthmus isn’t the only thing that separates the two countries. It’s also their ideologies and the cold war between them.

At first, the Qatar-Bahrain War of 1868 strained their relationships. When this issue subsided, then land disputes over Hawar Islands, Qirat Jaradah and Zubarah started. The disputes were finally sorted out, and both the countries established good diplomatic relations, if not become the best of friends. But after Qatar allegedly violated the GCC agreement between them in 2014, the atmosphere became hostile again. Finally, in 2017, Bahrain ended all diplomatic relations with Qatar, and now even airplanes from Qatar are banned in Bahrain.

With such a huge list of disputes between both countries, it’s surprising how they haven’t fought over the similarity between their flags. Qatar and Bahrain have almost similar flags, except for a slight difference in color and number of points at the serrated edge. Qatar’s flag is maroon, while Bahrain’s is red. Also, Qatar’s flag has 9 points at the serrated edge, whereas Bahrain’s flag has 5.

Both these countries are unmatchable when it comes to their cricket teams, their beauty, and their friendship. New Zealand is a small island country where only 5% of the population consists of humans- rest all are animals. It is one of the three countries in the world which has two national anthems. New Zealand is the only country in the world with absolutely no snakes, and where high schools have permission to perform nuclear tests in laboratories with radioactive elements like uranium and thorium.

Around 5000 km away from this weird country of kiwis is Australia, the world’s smallest continent and largest island. It boasts of a top-notch cricket team, unique mammals like the kangaroo and the platypus, and the exquisite Great Barrier Reef. Australia and New Zealand’s friendship gives tough competition to that of Rachel and Monica’s from F.R.I.E.N.D.S. Maybe that’s the reason why their flags are so eerily similar. If you’re not a flag expert, you will definitely get confused between their flags. The difference is only between the number and color of the stars on the flags. Australia’s flag has 6 white stars, 5 on the side and one below the Union Jack. On the other hand, New Zealand has only 4 stars on the side, all of which are red with white borders.

Niger is one of the poorest and most underdeveloped nations in the world. Nothing much is significant about this African country, except that it is home to the world’s cleanest and third longest river Niger. It is also called “the Frying Pan of the world” because of its unbearably hot climate. Niger is almost entirely covered by the Sahara desert, and landlocked by seven other countries.

India, on the other hand, is one of the world’s fastest developing nations and fast-increasing economy. It is a beautiful peninsula country in South-East Asia with every kind of terrain possible. India has pristine beaches, some of the world’s highest mountain peaks, hot deserts, rugged plateaus, ten perennial rivers (more than a hundred seasonal rivers), and a lake in almost every state. This Asian country has contributed a lot to the world, be it in terms of science and technology, or world economy and resources. India gave the world the number “zero”, the world’s first diamonds and diamond mines. The discovery of water on the moon is also attributed to India. India also introduced to the world the concept of shampoos and granulated sugar.

But again, the flags of these two countries are as similar as the countries are different. Both flags are tricolor- saffron, white, and green. But where India has the blue Ashoka Chakra in its middle, Niger’s flag has a saffron-colored circle (symbolic of the sun) instead. 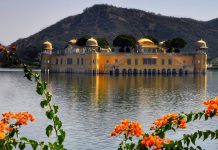