10 most dangerous snakes in the world

Not many animals knock as muchear into people as snakes do. Although the contingency of running into a venomous snake, much less being bitten and dying from its toxin, are diminutive compared to dying from cancer, heart disease, or a road accident, this seemingly absurd fear remains very genuine for many people. This abnormal fear of snakes is called Ophidiophobia. The list below is an overview of the snakes that posit a significant health risk to humans, through snakebites or other physical trauma.

The Rattlesnake is easily attributable by the tell tale rattle on the end of its tail. They are the members of the Pit Viper family, and are capable of striking at up to 2/3rd their body length. The juveniles are considered more dangerous than adults, due to their inability to control the amount of venom injected. Most of the species have hemotoxic venom which destroys tissue, degenerates organs and causes disrupted blood clotting. Difficulties in breathing, paralysis, salivating and massive hemorrhage are also common symptoms. A rattlesnake bite is on all accounts a fatal injury. However, antivenin, when applied in time, decreases the death rate to less than 4%.

The Death Adder is found in Australia and New Guinea. They actually poach and kill other snakes via ambuscade.They look quite similar to vipers as they have triangular shaped heads and short, squat bodiesIts untreated bite is one of the most dangerous in the world as the venom is a neurotoxin. A bite causes paralysis and can lead to death within 6 hours, due to respiratory failure. With the swiftest strike in the world, a Death Adder can go from strike position to striking and back again within 0.13 of a second.

Vipers are found across the globe, but the most venomous is the Saw Scaled Viper and the Chain Viper, found in the Middle East and Central Asia, particularly India, China and South East Asia. Vipers are quick tempered and generally nocturnal. There is a descent in blood pressure and the heart rate falls. Blisters occur at the site of the bite, and gradually develop along the affected limb in severe cases. Necrosis is usually superficial but may be severe in extreme cases. They have pit organs which give them a form of binocular vision that aids them to strike with great precision. Death from respiratory or cardiac failure may occur 1 to 14 days after-bite, or even later.

The Philippine Cobra is an exception amongst the other cobras. Its venom is the deadliest of all the Cobra species and they are gifted of spitting it up to 3 metres. It’s bite can cause death from paralysis within 30 minutes. The venom alters cardiac and respiratory function, and can result in neurotoxicity. The bite causes only minimal tissue damage.

Found in Australia, the Tiger snake has dynamic neuro toxic venom. Symptoms can include localized pain in the foot and neck region, tingling, numbness and sweating, followed by an expeditious onset of breathing difficulties and paralysis. The Tiger snake generally flees if encountered, but can become aggressive when cornered. It strikes with impeccable accuracy. The tiger snake produces live young instead of laying eggs. After mating in spring, the female produces 20-30 babies in late summer.

The formidable Black Mamba is found throughout many parts of the African continent. They are known to be highly aggressive, and strike with deadly precision. They are the fastest and the deadliest land snake in the world, capable of reaching speeds of up to 20km/h. A single bite is capable of blood shedding 10-25 adults. Black mambas hunt during the daytime and go back to their places every night to sleep. The victim undergoes a tingling sensation in the mouth and extremities, double vision, tunnel vision, severe confusion, fever, excessive salivation and lack of muscle control. Without antivenin, the mortality rate is nearly 100%.

Taipan, native to Australia, is strong enough to carnage up to 12,000 guinea pigs. The venom clots the victim’s blood, blocking arteries or veins. It is highly neurotoxic. Prior the advent of an antivenin, there are no known survivors of a Taipan bite, and cessation typically occurs within an hour. Even with fruitful administration of antivenin, most victims will have an extensive stay in intensive care.

The Blue Krait is, by far, the most deadly of this species. Found throughout South East Asia and Indonesia, 50% of its bites are mortal, even with the administration of antivenin. Although it is called a Blue Krait, the snake isn’t actually Blue.  It has a white body with broad black bands across it. Sometimes there are some yellow patches on it too.  The head has completely dark shade. They are nocturnal and more aggressive under the cover of darkness. Overall they are timid and will attempt to camouflage rather than fight. The venom is a neurotoxin, 16 times more potent than that of a Cobra. Before the advent of antivenin, the fatality rate was as massive as 85%. Even if antivenin is administered in time, you are far from assured survival. Death usually occurs within 6-12 hours of a Krait bite.

1/14,000 of an ounce of its venom is enough to kill an adult human. Unfortunately, its preferred habitat is along the major population centres of Australia. It is rapid and can be aggressive under certain circumstances. Even juveniles can slay a human. The venom contains both neurotoxins and blood coagulants. They react only to movement, so stand still if you ever encounter one in the wild. However it has a very useful role in a farmer’s life as it helps control the numbers of rodent pests.

The sub-specie Inland Taipan deserves a mark of its own. It has the most toxic venom of any land snake in the world. The maximum produce recorded for one bite is 110mg, enough to kill about 100 humans, or 250,000 mice! Favourably, the Inland Taipan is not aggressive and is seldom come across by humans in the wild. No casualties have ever been documented, though it could potentially kill an adult human within 45 minutes.

Now you know the most dangerous snakes in the world. Some are easy to avoid while others may sneak up on you even in the middle of a bustling city. Some snakes are dangerous because of the ferocity of their attacks, others because of how widespread they are, and some because their toxins are deadly. The majority are not aggressive, and will steer clear of you if you steer clear of them. 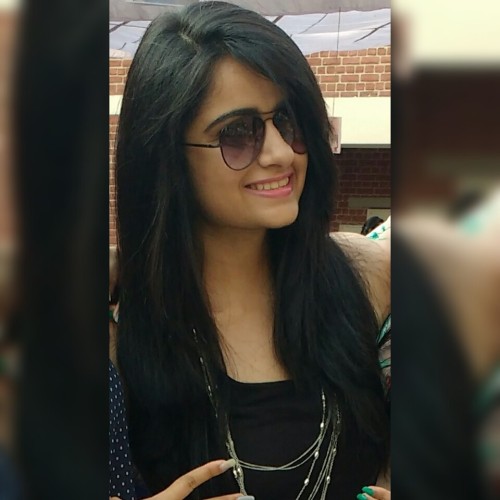