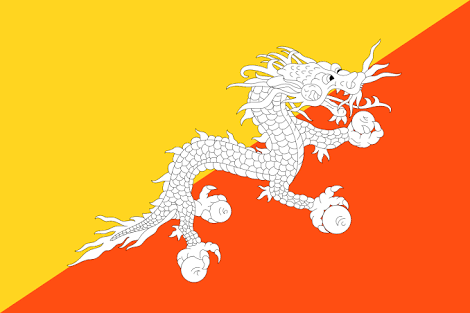 Bhutan – One of the most exquisite and divine land I’ve ever visited. If you love traveling and wanting​ to visit new places , abroad , then don’t stop reading . This is for you.

Do you need passport to visit BHUTAN ?

Indian nationals intending to visit Bhutan are required to carry any of the two valid ‘Travel Documents’ (a) Valid Indian Passport having validity of minimum 6 months; and/or (b) Voter Identity Card, issued by the Election Commission of India. No Visa is required to visit Bhutan.

Being tender at age , this was my first tour ever outside India. We chose the land route over the aerial to make it more adventurous. The latter experiences that are spoken , are generalized , when I grew up .

What the fuss is all about ?

Is Bhutan a part of India ?

Bhutan was a part of India during the reign of Indian King Ashoka. No Bhutan has never been a part of India. Bhutan became a protectorate of British India after signing a treaty in 1910 allowing the British to “guide” its foreign affairs and defense.

Bhutan, a Buddhist kingdom on the Himalayas’ eastern edge, is known for its monasteries, fortresses (or dzongs) and dramatic landscapes that range from subtropical plains to steep mountains and valleys. In the High Himalayan, peaks such as 7,326m Jomolhari are popular trekking destinations. 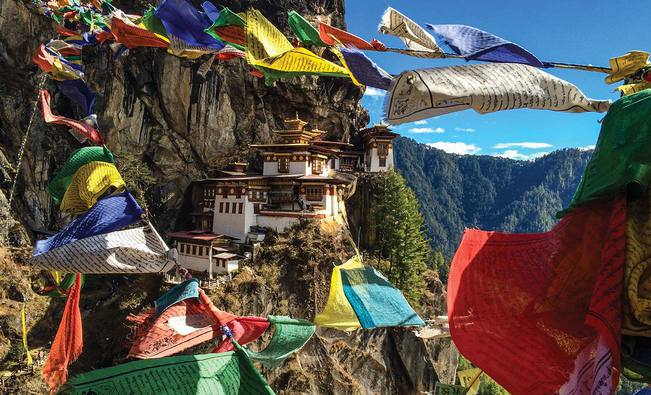 The capital, Thimphu, is home to a bustling weekend market and the ornate Tashichho Dzong, which serves as the government seat. The historic Punakha Dzong, built in 1637, sits at the juncture of 2 rivers and hosts a lavish, multi day religious festival that features masked dances and music. The Phobjikha Valley, habitat for rare black-necked cranes, is a bird-watching destination. As independent travel to Bhutan is not allowed, most visitors book through a tour operator.

The path was full turbulence due to poor road maintenance but the only pleasure among the hooks and crooks was the green and sublime forest. Nights were cold and dark but our car and eyes went running through the enigma. 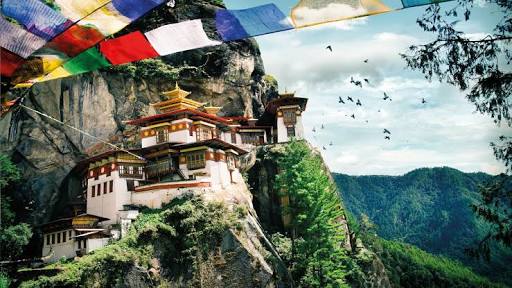 We ultimately were spellbound to see the cloud kissed hills and small huts which looked like dollhouses from our sight.

The never ending hilly road seemed boring……….until we caught the sight of a magnificent statue of Buddha which wholeheartedly welcomed us to the cold and sunny capital Thimphu.

It was a feeling of sheer bliss and over enjoyment as we travelled a distance of 1975 kms of road which had only two breaks successfully to reach this beauty.

After the ‘very elongated’ journey , some of our co-travellers were panting to go to the hotel.

So, they went off to have their naps and taps while we caught a bird’s eye view of the triumph of Thimphu , i.e , the majesty’s palace. The guide acclaimed that their majesty is a very loyal king and treated his countrymen with no demands. Maybe autocracy took a new shape.

Popular month for visitors are Mar–Apr (the peak period for blooming rhododendrons) and Oct–Nov (for mild weather, trekking and clear views). A good time for viewing black-necked cranes is Oct–Feb. Key events include the Black-Necked Crane Festival (Gangtey, Nov), which celebrates the arrival of the migrating birds. The rainy monsoon period is June–Sep.

The Bhutanese pride themselves on a sustainable approach to tourism in line with the philosophy of Gross National Happiness. Foreign visitors famously pay a minimum tariff of US$250 per day, making it seem one of the world’s more expensive destinations. However, this fee is all-inclusive – accommodation, food, transport and an official guide are all provided, so it’s not a bad deal. You don’t have to travel in a large group and you can arrange your own itinerary. What you won’t find is budget backpacker-style travel. 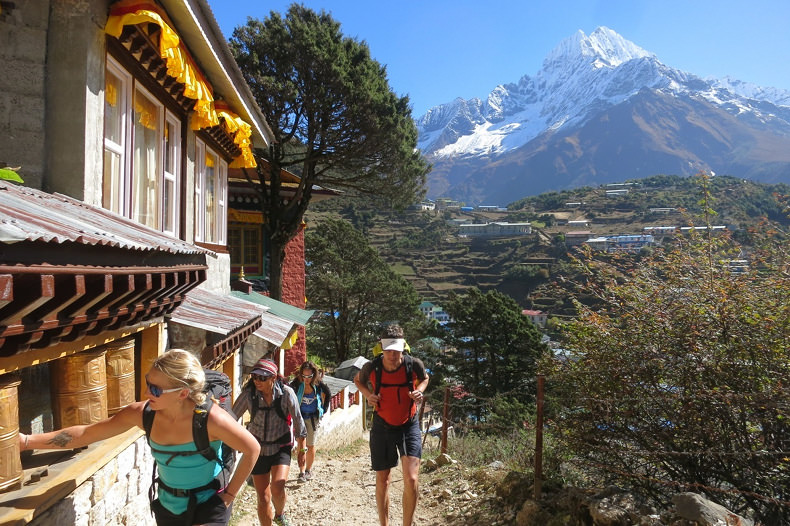 Offering a kaleidoscope of sceneries and experiences, the best tourist places in Bhutan must feature on your itinerary while visiting the land of the thunder dragon. If not all, at least a few of them.

Key attractions: The intricate paintings and the architecture of the fort, sacred relics of the southern Drukpa Lineage of Kagyu school of Tibetan Buddhism, and the sacred remains of Ngawang Namgyal and the tertön Pema Lingpa.

Key attractions: Panoramic view that gives a glimpse of the peak of the sacred Himalayan mountain – Chomolhari, Druk Wangyel Lhakhang temple, and the fusion paintings on the temple walls

Key attractions: Black-necked cranes migrate to Phobjikha from November, and the hike through the valleys to witness spectacular views of the birds and the amazing greenery

Key attractions: The glacial lakes, the snow capped mountains and splendid views of the landscapes are a treat to the eyes

Key attractions: Textile building and the textile shops in the middle lane of Norzin Lam for buying some of the best handmade textiles, including Gho and Kira – the traditional attire of Bhutan for men and women respectively

Key attractions: Scrumptious local food, wonderful bounty of nature, lots of tourist attractions in the vicinity, and the welcoming locals

If you’re a travel enthusiastic person , don’t wait to visit the land of dragons Bhutan , an exceptional beauty , an autocracy yet democratic , a peaceful Divine to dig into.