Street food doesn’t only fill the stomach of many but also provides employment to many and also helps in the growth of the tourism sector. It is the ready-made food available for quick consumption. With the growing love of people for fast food, it is becoming more popular than ever before. When you are dying of hunger then you will not wait to make the food and then eat it, that is when street food comes to play its role. 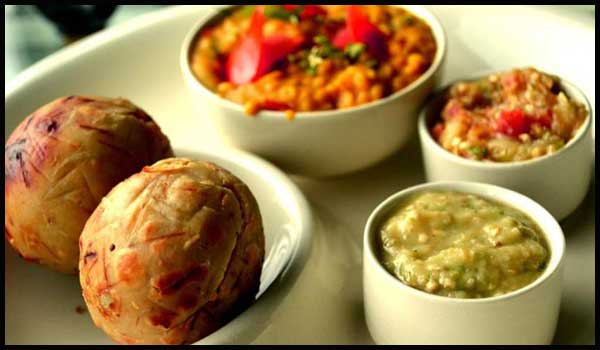 Litti Chokha can be considered as a national dish of Bihar. It was started as a meal of poor and then was sold on carts on the street and then reached the kitchen of Bihar. Chetan Bhagat and Sonakshi Sinha tweeted about the dish. Now it has become the soul food of Jharkhand as well as Bihar. It is good for health as it requires no frying but includes all the nutrients. It is even eaten by rich people and it is inexpensive that makes it easier for poor people to afford. 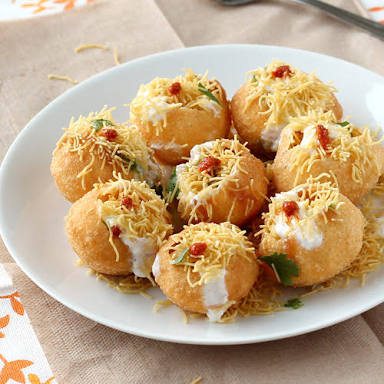 Bihar has a huge culture of street foods and the street vendors churn out with delicious, affordable foods at the stalls. When we come to the delicious dish Chaat, how could we forget Batatapuri- a dish came through the origin of chaat. Not only delicious it is easiest to make too because of their basic ingredients. Its tangy taste and mind-blowing looks make people crazier to eat. 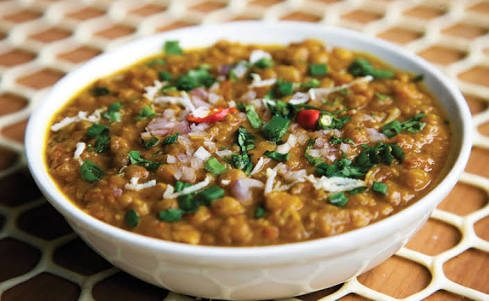 Chana ghugni is one of the most stomach fillings and cheapest food originated from Bihar because of its specialty that it can be served with almost everything like dry chapattis, parathas, roti, etc. Ghugni is traditionally named as ghugri in Bihar because it is made with white peas which are round in shape. It is one of the most famous snacks being served in almost every home in the evening. 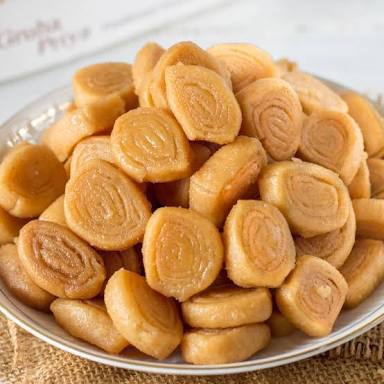 One of the most appealing and mouthwatering dish is khaja. It is deep fried in oil and the ingredients use is wheat flour, sugar, mawa. It is very crispy. It tastes amazing when it melts in the mouth and its wafery texture makes it very tempting. It is kind of a dessert. It is known for its puffiness. We need to fry it until it gets crispy. Then page is added which is a sugar syrup. Then they are soaked in this syrup until they absorb it. 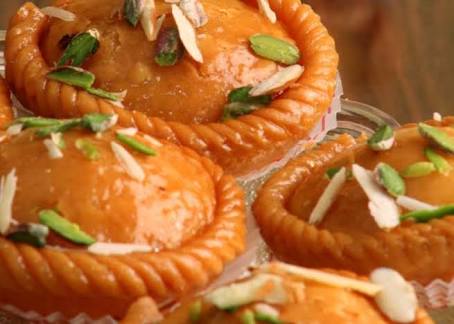 After delicious and yummy spicy dishes there comes a name of the most irresistible sweet dish named as Chandrakala or Pedakiya. Chandrakala is very much similar to Gujia but the content of dry fruits makes it different from Gujia. It is the most cherisheddesertfor the sweetened tooth people. Chandrakalamainly contains stuffed khoya, cardamom and dry fruits in a very crispy manner dipped in the syrup of sugar like gulab-jamun. it is one of the traditional foods of Bihar that is enough to sweeten your senses.

Kebab one of the most famous dishes of India originated from the city of Nawabs Lucknow. But when it comes to a finger-licking serve in Bihar there comes a name Mutton Kebab made from the joints of meat. Along with its delicious taste, it is reasonable also. Along with the joints of meat, it also consists of a variety of fried vegetables cooked on a grill or barbeque that doubles its delicious taste. Today not only in India, it is served as one of the favorite dish in other countries also as fast food or takeaway meals. And aroma comes from a place Kadamkuan in Patna where people get attracted like a magnet. 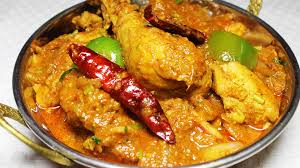 Kadhai chicken is one of the most famous chicken dishes in North India and Pakistan. Chicken made from a blend of freshly grounded spices along with different vegetables cooked in kadai makes its taste more irresistible. It is a side semi gravy dish that is served with chapatti, parathas, naan or steamed rice. Served as a royal dish at a reasonable price this dish creates a special place on the streets of Bihar. 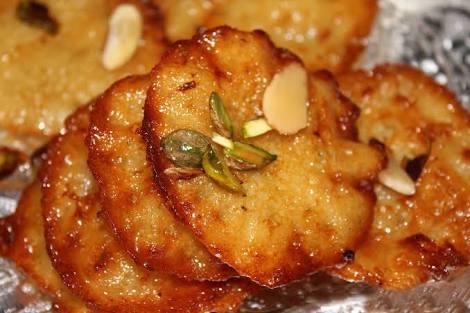 Malpua is kind of a small pancake which is served to guests or the other person. It is served along with mutton curry. It is a dish which is also made in several nonvegetarian homes during Holi. Addition of sugar is done after frying. Sweet aroma of malpua fills the homes of many. It is popularly known as pua. Its taste makes it irresistible. It adds to the calories but the risk can be taken because taste it has cannot be compared to the calories. The risk is worth taking. 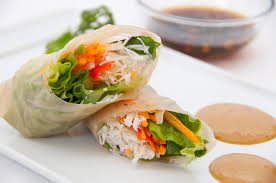 Lababdar Rolls are protein rich and has low fat. They are soft and silky rolls. They are cooked in spicy tomato. Addition of fresh cream gravy makes it very delicious. Onions with various spices are stuffed in tangy tomato gravy. It complements the taste of rolls. It is one of the best curry recipes ever. For the Punjabi experience, you can serve it with aloo pratha or onion pratha with a full glass of sweet Lassi. It is spicy and creamy. We can serve it as a main dish with chapatti or naan in lunch or dinner. You can also try it with papad and steamed rice. 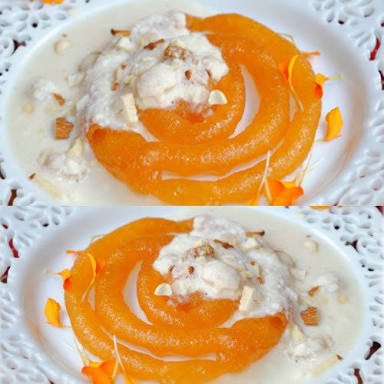 It is usually made by mothers and grandmothers of the house. At first, the cereal is lightly fried then jaggery syrup is poured all over it. They are made into sizeable balls through hands. If you are going to try it then it is going to be your favorite dish. Cereal includes puffed rice, beaten rice or Ram Dana. 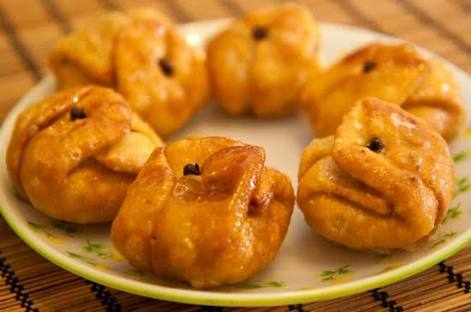 It is prepared during the festival. It is the traditional dessert of Bihar. You will think what it makes different from stuffed delicacies. Well, it is the crispy crust in the center of the Laung lata’s Clove. The sweet stuffing along with the clove gives pungent taste. It is dipped in the sugar syrup. It is so soft that it melts in the mouth. It is perfect for cold winter. It is available near the Patna museum. 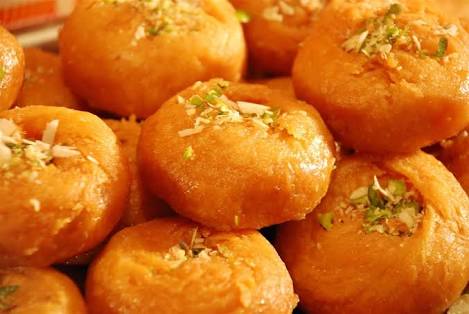 It is a traditional Bihari cuisine that every Bihar loves to have. Balushahi is a type of dessert that rules on the streets of Bihar because of its irresistible taste. Harnaut a city in South Bihar is famous for this delicious dessert. It is very much similar to a Glazed Doughnut as in terms of ingredients but its taste and texture makes it different from other desserts. Made with maida flour and then dipped in pure butter increases its aroma. 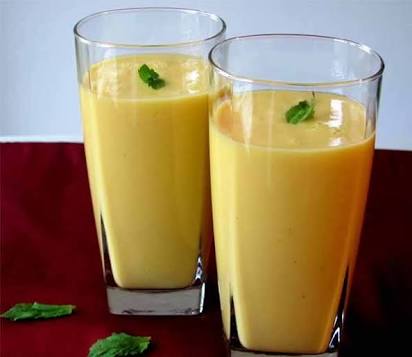 When it comes to protein sources Biharis always prefer Chana Sattu, an indigenous protein source. It is mainly served in Bihar as Sharbat made from roasted Bengal Gram which gives an instant cooling effect on the body in summer. Another way of eating it is to make balls and serve with curry which is also a powerhouse of energy. Often referred to as a poor man’s protein it is also one of the healthiest diets of Bihar. 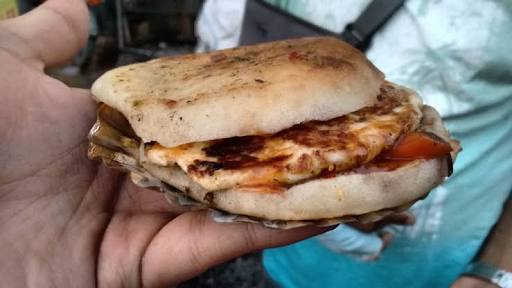 As we know the love for Burger in youth. But in Bihar a new concept of Kulcha was introduced to make the dish tastier. Kulcha is generally named of south Asian bread which is stuffed into the bun with vegetables. Unlike American bun Kulcha is healthier and tastier. But if you ask which one is better in terms of taste then it will be difficult to say because taste varies with people and the plate.

Generally, it is made in homes but nowadays it has become the most cherished cuisine of the town. It is one of the most loved dishes that can fill up 90% of one’s plate. Soaked up by the pieces of fresh naan it is very rich creamy, spicy and flavored. The variety of ingredients used in the dish makes it more irresistible. 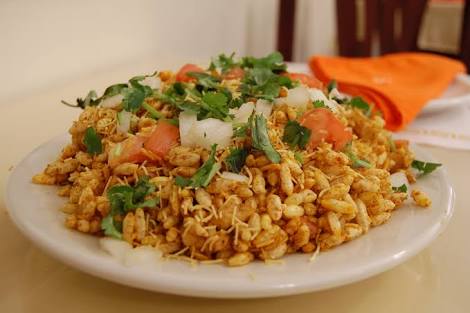 Bhelpuri is a type of chaat usually made of stuffed rice, vegetables, different variety of mixtures and sauce. Originated from Mumbai it has created a special place in the street foods of Bihar. The blend of spices, vegetables, bhujia, papdi and sauces attracts people more often. It’s not only about being tastier but healthier too. 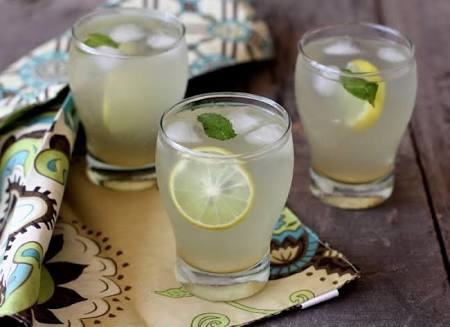 During summer we lose out all the energy we have. Then we search for some rejuvenating drinks to gain some energy. The need for some cool drinks becomes inevitably necessary for the people. Shikanji is another name of Nimbu Pani mixed with cool soda. With lots of digestive goodness, it is one of the most refreshing drinks. And with the addition of mint leaves its taste becomes more refreshing. 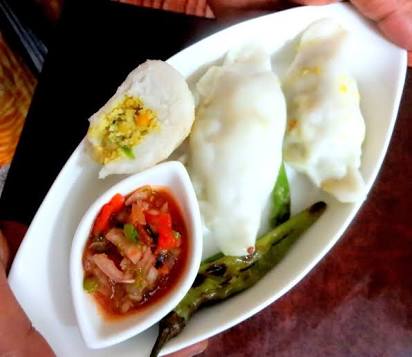 Dal Peetha is another form of dumpling or momos. Like momos Peetha are also covered with rice flour with stuffed lentil paste along with spices served with a pickle. As it is cooked with steam, makes this dish a very healthy breakfast. Dal Puri is also another form of Dal Peetha in which the lentil paste is rolled with chapattis and spices. 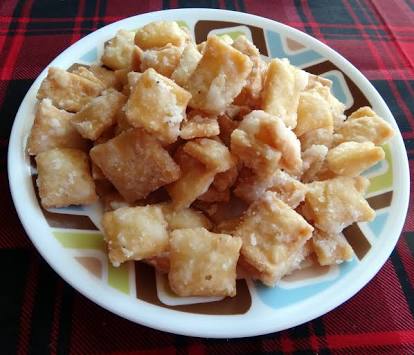 Another sweet snack from Bihari street is Khurma. Made of flour and salt and then deep fried in oil with dipping in sugar syrup creates another name Shakkarpara. Now after dipping when the sugar coating cools off and forms a powdery outer texture. Laktho is another form of Khurma which is made with the same method. Khurma is one of the most sumptuous cuisines to serve.

It is another form of Bihari sweet-savory which is also known as Tilkatri. Made from sesame seeds and jaggery makes its taste more flavored. Gaya streets in Bihar are famous for making of Tilkut. In winter season sugarcane is harvested and this is the month when Tilkut is made in most of the villages or towns. And Tilkut is also associated with the harvest festival Makar Sankranti.