San Francisco holds a secure place in the United States romantic dream of itself—a cool, elegant, handsome, worldly seaport whose steep streets offer breathtaking views of one of the world’s greatest bays. According to the dream, San Franciscans are sophisticates whose lives hold full measures of such civilized pleasures as music, art, and good food. If you are planning to go to San Francisco, then you must visit the following 5 places: 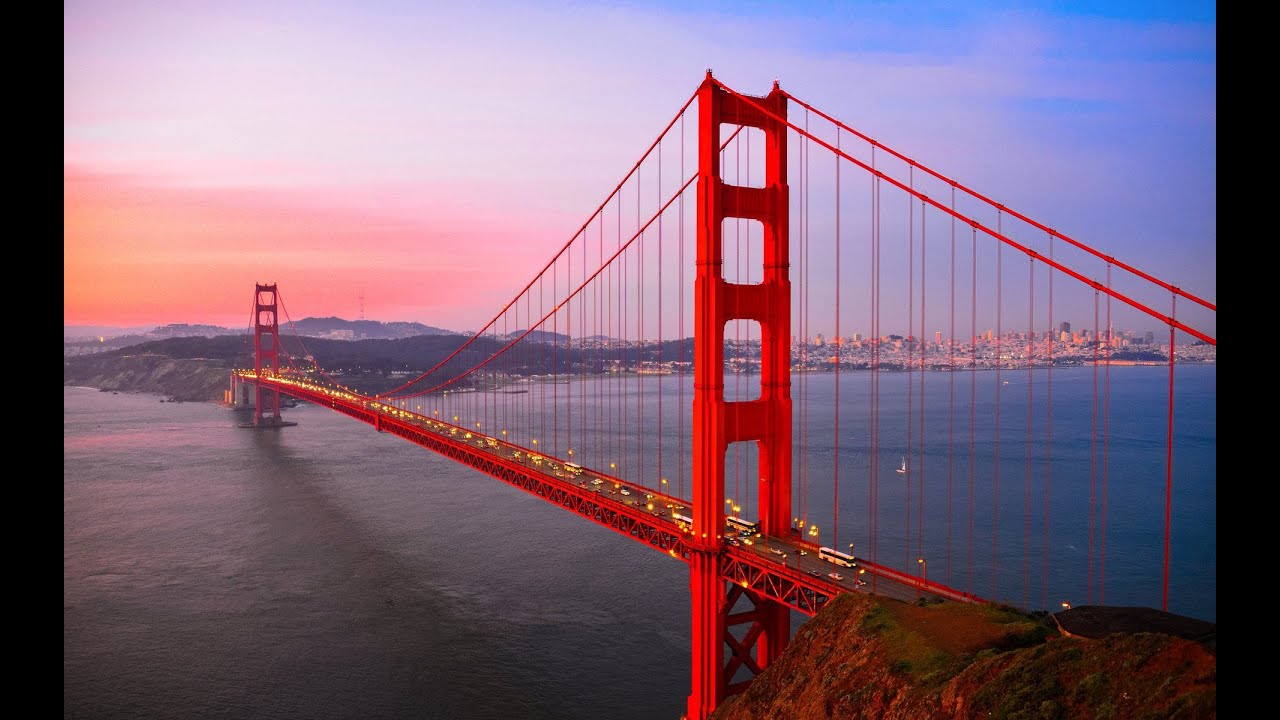 The Golden Gate Bridge is the most photographed site in the city, with the orange structure backed by blue water, or in many cases, peaking through low lying cloud. At night, the flood-lit structure is equally striking.For a great view of the bridge, or for anyone interested in photographing the bridge, there are a number of ideal vantage points. From the San Francisco side, Nob Hill, an area known for its posh old mansions, offers some beautiful views over the bridge. On the opposite side of the bridge, in Marin County, Golden Gate National Recreation Area is another good spot.

The historic and notorious Alcatraz penitentiary, located on Alcatraz Island in San Francisco Bay, is one of America’s most infamous prisons. It operated for almost thirty years, closing in 1963 and re-opening as a tourist attraction in 1973. Some of America’s most well-known criminals were inmates here, including Al Capone and the “Birdman,” who would later form the basis for the fictional movie The Birdman of Alcatraz. While most people come for the history or the novelty of seeing a former prison, the island is now a prominent area for nesting seabirds. You may have been to Chinatown in other cities, but San Francisco’s Chinatown is a whole other realm. It is both the largest Chinatown outside of Asia and the oldest of its kind in North America. Almost completely destroyed in the 1906 earthquake, Chinatown was rebuilt entirely in the Chinese style and was soon even more attractive than before the disaster. Now with its temples, theaters, workshops, small businesses, stores, antique and souvenir shops, teahouses, and traditional pharmacies, Chinatown has become one of the major sites of San Francisco.

One of San Francisco’s most popular tourist areas is Fisherman’s Wharf. If this is your first visit to the city and you only have a day or two to see the sights, Fisherman’s Wharf is a good place to start. This old section, once the Little Italy of San Francisco, is an area known for its shops, restaurants, and beautiful setting along the waterfront. It’s a fun place to stroll around and get a taste for the city. From here, you can also take a sightseeing cruise for spectacular views of the city, or organize a fishing charter.

The Asian Art Museum is unquestionably one of the most important museums in San Francisco. The museum opened in 1966, with the basis of the collection coming from art collector Avery Brundage. Brundage built up a private collection, which in 1959 he offered to the city of San Francisco “to bridge the gap between East and West.” The museum building was constructed, and on his death in 1975 at the age of 88, the museum also received the rest of his collection of works of art in the form of a legacy. Building on this, the museum has continued to amass various pieces and now contains an extensive collection of sculptures, paintings, bronzes, ceramics, jade carvings, and architectural fragments from Japan, Korea, China, Iran, and other Asiatic cultures.