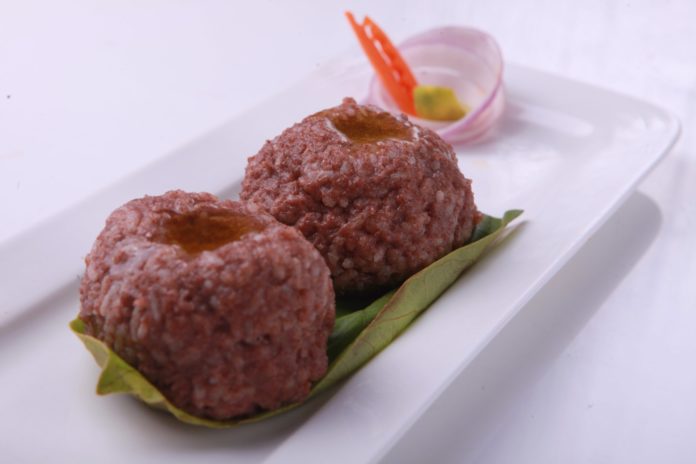 Sangati is eaten mainly in Rayalaseema a part of Andhra and Karnataka, Tamil Nadu.

It is made of just 3 ingredients Rice, Ragi flour, and water but it does take time and skill to make a perfect bowl or “mudda”  as we say it in Telugu of sangati.

The rice is cooked till it is soft in water and then ragi pindi / flour is added to it. Once the flour is added it is mixed thoroughly with a wooden spoon. The mixing process has to be quick so that no lumps are formed.

It is then kept on heat for a few minutes.

The rice preparation has to be eaten hot to enjoy the yumminess.

Sangati tastes best when cooked on burning wood between two stones which is traditional set up of cooking in villages.

A lump is made of the rice traditionally by placing rice on a plate made of mud.

A small well is created in the lump and venna which is cream obtained from churning buttermilk is put inside it. This is nutritious food is good for kids to people of all ages.

Every place has its own side dish to eat sangati.

Usually, it is eaten with peanut chutney in Rayalaseema. It is made from grinding roasted peanuts, soaked tamarind, boiled tomatoes, onions and chilies, turmeric and salt. The chutney is usually prepared with help of rokali which is a stone pestle.

Merapakayala chutney made from chillies and boiled onions is another chutney it is eaten with.

It can be enjoyed with curries made from vegetables like potatoes and brinjal and meat like chicken and mutton. Fried veggies can also be eaten along with sangati.

Cheannakail podi i.e powder made from roasted peanuts, garlic and salt which is usually made and stored in almost every household of people living in Rayalaseema is used to eat sangati.

Whatever is made to eat with sangati is put in the well over the cream. 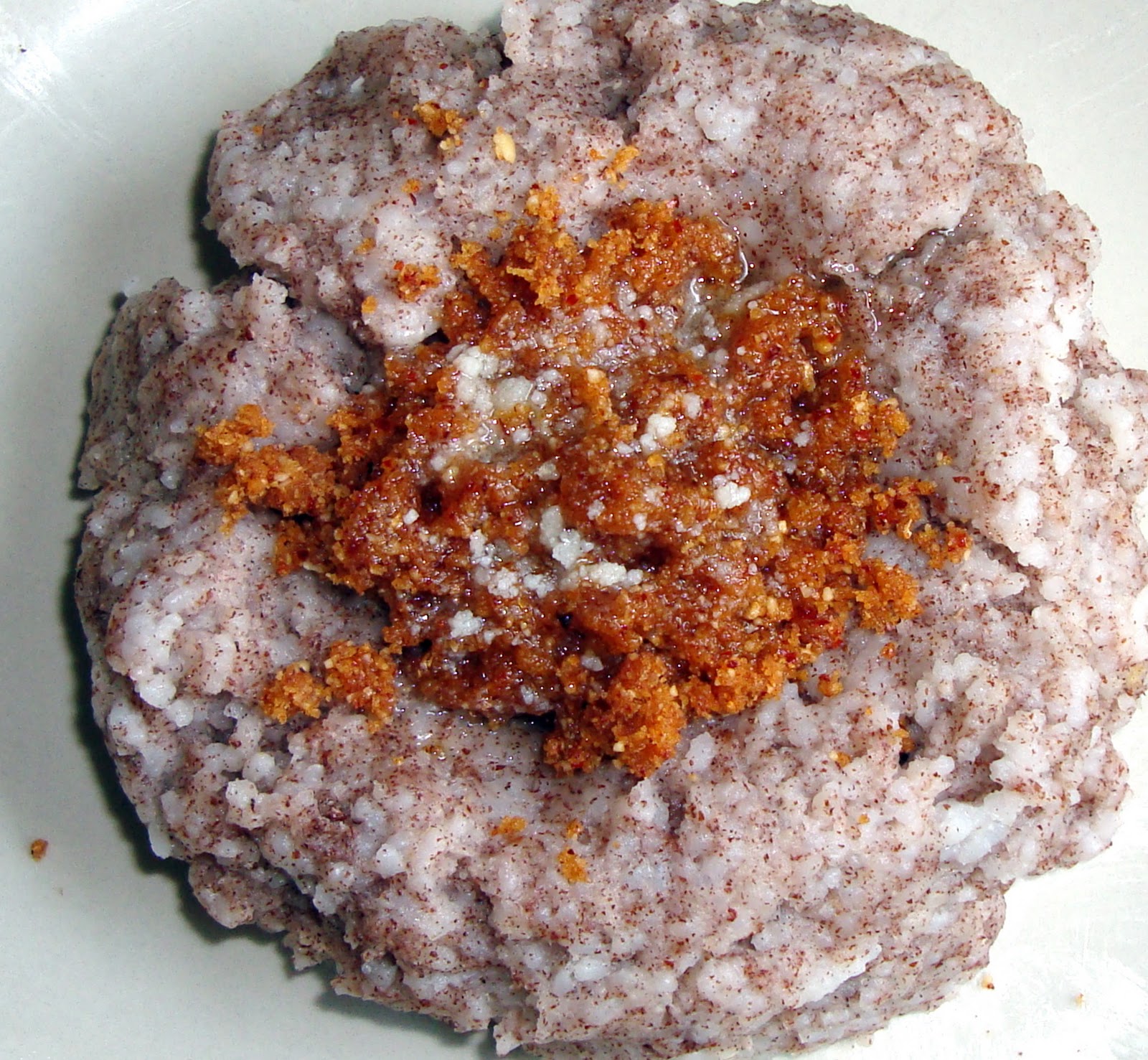 This food has been enjoyed for ages by people in these areas and especially in households of farming where people ate this along with buttermilk and wore tirelessly as this food gives them all the energy required to survive the day.

H. D. Dewe Gowda the 11th Prime Minister of India used to ship Ragi Mudda from Karnataka to Delhi. It became popular during this time. But it never became a household delicacy like Khichadi and it would be great if this humble and nutritious preparation became a part of every kitchen.

Here is a demonstration to make this great dish as shown in Traditional Foods: