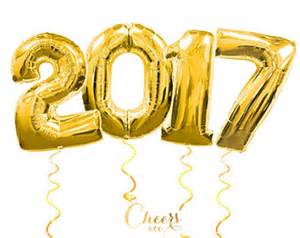 2017 has been a fan-tastic year in India. There have been many interesting episodes that the fan world was very enthusiastic in.

Cinema and Sports are the two major fields that draw the Nation’s attention. There are instances where these two fields were involved and hence the news became viral. This year, many love birds strengthened their relationship by tying the knot. Let us have a look at the five most famous weddings of celebrities this year.

Actor Anushka Sharma and cricketer Virat Kohli, nicknamed as Virushka tied the knot on December 11 at a heritage resort in Tuscany, Italy. The wedding ceremony was attended by close friends and family and came as a surprise to fans. The news was announced officially on social media which read,“Today we have promised each other to be bound in love forever. We are truly blessed to share the news with you. This beautiful day will be made more special with the love and support of our family of fans & well wishers. Thank you for being such an important part of our journey.”

There were two wedding receptions, one in Delhi on December 21, and December 26 – Mumbai.

Naga Chaitanya and Samantha Ruth Prabhu, called Chaysam by the fans, tied the knot on  6 October. They married as per Hindu and Christian rituals. And their wedding was no less than a fairy tale.  They got engaged in the month of  January. The stars fell in love with each other long time back while they were shooting for a film. Samantha Ruth Prabhu is quite active on social media platforms. She keeps sharing pictures of her lovely photoshoots, pics of her beau and many other intriguing things. Fans couldn’t stop gushing when she shared a glimpse of her engagement ceremony. Even they had two grand receptions, one for the family and the other for celebrities.

Here’s another couple clubbing the sports and the cinema. Chak De India actress, Sagarika Ghatge and former cricketer, Zaheer Khan tied the knot recently. They had a registered marriage on 23 November with close friends and family in attendance and post that many events like Sangeet and reception were hosted by the couple. Their wedding pictures were super viral.

Here is another celebrity couple that stood in the news this year.The famous comedienne Bharti married to Haarsh. Their destination wedding was one of the talks of the town.  From bangle ceremony to haldi to wedding, all the events were in the limelight. Celebs from both telly land and Bollywood attended the couple’s wedding and reception.

The famous tennis player Serena Williams married to Reddit’s co-founder, Alexis Ohanian on 18 November. Their wedding was one of the dreamiest weddings and the pictures of the couple’s marriage ceremony were doing rounds on the internet back then.

So this is show the year 2017 has remained as a sweet memory in the lives of these celebs and a good feast to their fans. Wishing all the newly wed couples a very happy and wonderful married life.