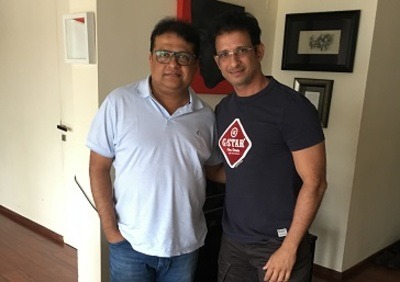 This flick directed by Agnidev Chatterjee has Sharman Joshi in the titular role. The film also has Pooja Chopra and Tejashree Pradhan. This is the first time Sharman will be sharing screen-space with both these actresses. The film is extensively shot in U.P. and is the second movie of the actor in the state as earlier this month the ‘Rang De Basanti’ actor has shot for his another flick ‘Kashi’ in Varanasi. 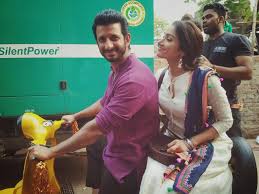 Sharman Joshi plays ‘Babloo’ who is looking for a life-partner and this journey lands him to Lucknow. The script of the movie is written by Saurabh Pandey. This romantic comedy has interesting plot twists and will hopefully touch the right chord with viewers. The actresses, Pooja Chopra and Tejashree Pradhan are in the pivotal roles. Jeet Ganguli has been roped in to compose the tracks of the movie and singers Arijit Singh, Bappi Lahiri, Shreya Ghoshal and Papon will lend their voices to the songs of the flick.

Sharman Joshi said about the movie:

First look of the movie is not yet launched.

The trailer of the film is awaited.

The release date of the movie is around May 2018. Sharman Joshi is not seen on the big screen since time and after a substantial gap he will be back on celluloid which is good news for his fans. Also, director Agnidev Chatterjee is an instinctive film-maker and is renowned for his work in Bengali films like Charulata, Teen Kanya and Mrs Sen and this fact makes the expectations from this movie high. The lead actor (Sharman Joshi) is also an actor with finesse and this actor-director pairing will definitely bring interesting stuff through this movie.