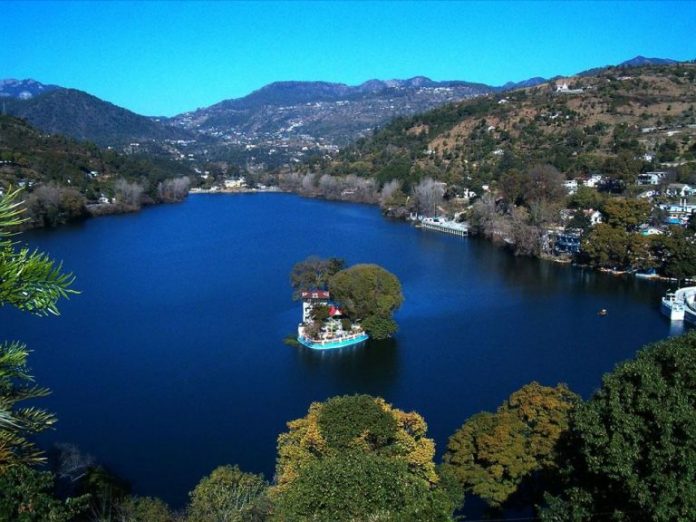 Nainital is one of the foremost well-liked hill stations of India. It is placed in within the Nainital district of Uttrakhand. It is situated at an altitude of 2,084 meters, that is, 6,837 feet above the sea level. It is enclosed by mountains of which the foremost known Naina Peak on its north, with a height of 6,837 feet.

From the crest of the high-rise mountains, “magnificent views can be obtained of the vast plain to the south, or of the mass of tangled ridges lying north, bounded by the great snowy range which forms the central axis of the Himalayas.”

Places to watch out for Nainital:-

Nainital is known as the “Switzerland of India” attributable to its picturesque lakes. There have been more than 60 lakes in the past out of which 40 lakes have disappeared. The commendation of Nainital being a traveler paradise mostly goes to its centrally placed Naini Lake.

Naini Lake, adds to the beauty of the Nainital. It is situated amidst the administrative district of Nainital. Being tectonic in origin, its kidney-shaped or crescent-shaped with an outfall at the southeastern end attracts individuals from all over the globe. Nainital is one of the most visited places by people from out of the country.

It is conjointly called as Dorothy`s seat and is placed in the Aryapatta hill. It is a well-liked picnic spot in Nainital offering a 360-degree view of the complete city and also of the compassing hills of Kumaon. It is around 4-5 km from the town and is great for those individuals who love trekking and nature`s photography. It is also famous for horse riding which can be done at 500-700 INR.

It is one of the foremost visited places in Nainital. Every individual who comes to this beautiful hill station is sure to have visited this place at least once. One will see the snow-capped mountains of Naini Peak and the mountain chains of Himalaya from here. One can reach here through road or the cable car that connects the city to this viewpoint.

It runs side-by-side to the Naini Lake. One can enjoy the beauty the Naini Lake possesses, particularly during morning and evening time. It remains busy throughout the day due to the number of hotels, restaurants, and outlets that reside around the mall road to entertain the tourists. It remains closed from 6-8 in the evening so that tourists are able to enjoy a rush-free walk.

It is one of the foremost cherished Hindu temples within the country. It is placed on the northern shore of the Naini Lake. As per Hindu mythology, the temple “marks the spot where Goddess Sati’s eye fell on the earth, after Lord Shiva carried her charred remains, taking them out of the fire of the yagna performed by her father – Daksha.”

Further, it is by far the only place in the world with the mosque, the temple, and the church is are in less than 500 meters from each other. Such is the beauty of this place!

“I grew up with the smell of the lake and the feeling of the woods.” – Steven Tyler