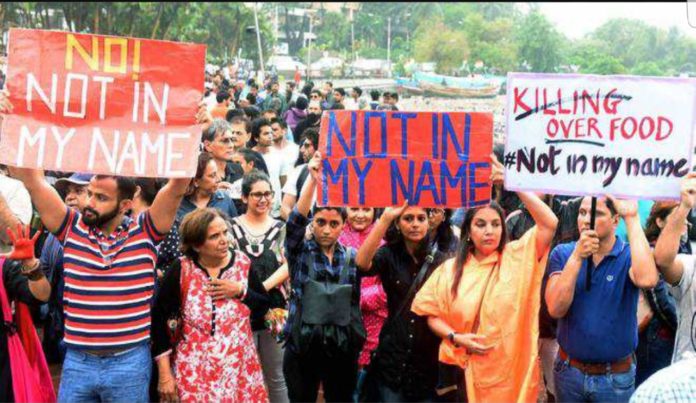 He was just a 16 years old , oblivious of his fate when he set out of his house to the old city of Delhi with his band in order to shop for Eid. He was just an ordinary guy with a small dream in his heart of becoming an Imam one day. He was Junaid. Hafiz Junaid.

It seemed a total normal Thursday evening until the news broke out about this minor Muslim boy who was allegedly stabbed when a heated argument took place for seats on a Mathura – bound train. Junaid and his friends were called ‘beef-eaters’ and ‘anti-nationals’. This fray took a turn when the man stabbed Junaid to death.
This horrifying incident left us all baffled. After this dismay, several protests were launched in different cities of the country. A protest ‘Not In My Name’ took everyone in the storm which was reckoned by a Gurgaon-based filmmaker Saba Diwan. The protest was initially planned to be held only at the monument called Jantar Mantar at the centre of Delhi . This idea swept a very supportive response across the country and on social media. After this huge success , London, Toronto and Boston was decided to be the next destinations for this protest on 29th of June. Some other stations pointed for this protest in the country were Civil lines in Allahabad , Gandhi Nagar in Jaipur , Bangalore Town Hall in Bengaluru , Promenade on the Carter Road in Mumbai, High Court Junction in Kochi, etc.
In a post on Facebook, Diwan said ,
“Shouldn’t there be protests against the lynchings especially after the murder yesterday in Delhi NCR by a mob of a 16-year-old Muslim boy? If not now then when? Why wait for political formations to organise a demonstration? Why can’t all of us as citizens repulsed by the violence get together in protest at the earliest next week at Jantar Mantar under the banner – Not in my Name”. 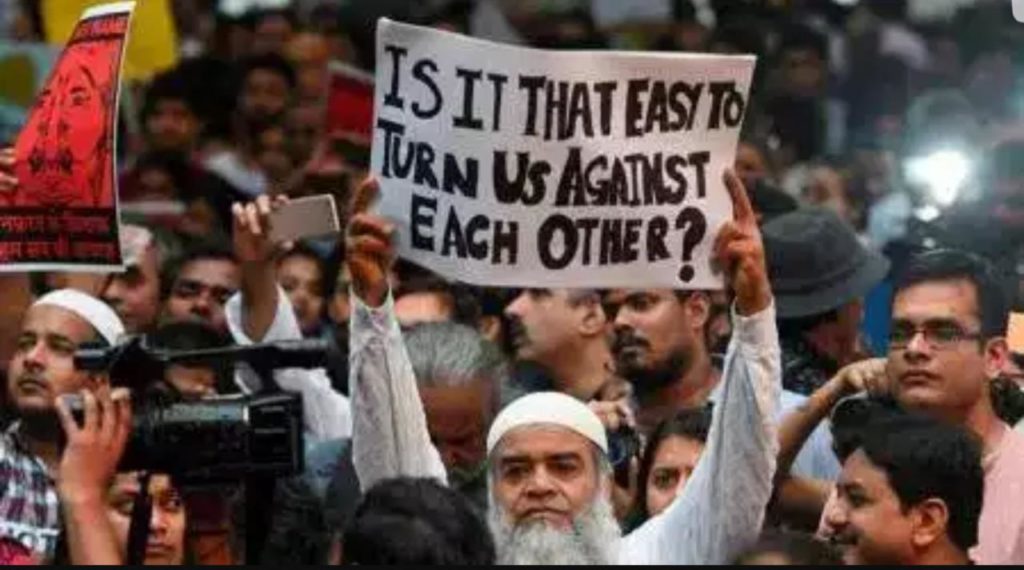 Many celebrities came up for support and walked this nationwide protest along with the commoners. Such religious gaps seems difficult to be filled now. Those men killed him for being a Muslim. They subjected him to a murderous assault for being loyal to his religion. He became the victim of the hate crime just for being a muslim in this country.

Renuka Sahane, the well known actress took to Facebook again to voice her opinion on this incident. She said something which we all were missing. In her words , :

NOT IN MY NAME
Junaid was lynched by a mob of cruel human beings. I don’t care what religion those lynchers belonged to. Nor do I care what religion Junaid belonged to. I only care about one thing. A group of mean, cruel human beings killed a teenager and assaulted three other young men brutally!
Junaid was 16.
My elder son will turn 16 next year.
My heart breaks for Junaid’s mother.
Not only did a group of cruel human beings kill Junaid, another group of cruel human beings egged them on. Junaid was also killed by those cruel people who witnessed the insanity & chose to remain silent.
There are some cruel people who justify this lynching.
Yes! Hate allows for all sorts of justification.
There has been a long list of these lynchings. It has become so common that no one talks about it. Nobody asks questions about what happened to the perpetrators. Whether they were caught & given the strictest punishment or whether they were released to unleash more violence!
I cannot fathom how anyone can kill unarmed, innocent human beings!
I cannot fathom how people can justify this horrific violence!
Instead of taking law into their own hands why are police complaints not made?
Is it because the lynch mob knows that there is no reason behind what they have done?
All they want to do is to kill in the name of hate.
Whichever religion, ideology, language, ethnicity you belong to, lynching done in any name cannot be condoned!
We’ve suffered so many riots, terrorist attacks, pogroms, lynchings but we haven’t learnt anything.
The bottom line is that innocent human beings become the target of that hate. They are usually poor. They are usually those who are incapable of fighting back. It is really too, too disheartening.
Innocence dies when hate rules!
I cannot be a part of those who encourage hate.
I was with the Ekta Manch marching from Parel to Azad Maidan singing ” Hum hongey kaamyaab….” to promote brotherhood between fellow citizens of all faiths in 1993 after the horrendous riots followed by the heinous bomb blasts in Mumbai.

I marched to the Gateway of India to protest the utter failure & crass mishandling of 26/11 by the then Congress Govt in the State and the Centre in 2008.
I supported the Anna Hazare anti corruption movement when he waged the civil battle against the UPA 2 Govt at the Centre.

I was vocal about women’s safety after the horrendous rape & murder of Jyoti Singh as well as Pallavi Purkayastha as well as the sickening hacking of Swathi.
Today I stand firmly against the lynch mentality that has an active political patronage in our country.
I do not belong to any political party. I am a citizen of one of the finest democracies in the World. That is why it is so important for all of us to respect & protect the tenets of our Constitution.
I, as a proud citizen of India, do not conform to the views of anyone who actively or passively supports this lynching.
My allegiance lies with the Constitution of India.
If the Govt or any other body does anything to undermine the basic tenets of democracy in our country, I will vocally oppose it.
I so wanted to be a part of the peaceful civil protest at Carter Road today but I can’t. But I will not be a part of this hate!
I do not want my children to inherit this hate.
I will not have the blood of innocents on my hands.
NOT IN MY NAME!”

Well , India , please set us free from such daunting atrocities in the name of religion . We share the same blood and same anger. Break this deafening silence and fight for the right. We don’t want some another Junaid to be killed in the light of such headings.