The youth and adolescents of today spend most of their nights watching movies, interacting on social media or working late night.Sleep deprivation has become a common phenomenon in today’s generation. They choose the dark hours storming their brain out rather than sleeping for the best. And to add, the so-called quotes like “your brain works better at night  ” or “Intelligent people are more likely to stay awake late in the night” worsens the picture.

Sleeping late in the morning is not cool. It proves to be hazardous for your health and ruins the sanity of your life. The outcomes were roughly proved by a 17 years old student in 1965.He stayed awake for 264 hours for the sake of experiment.

On the second day, his eyes stopped focusing.
Next, he lost the sensitivity of touch. further, he became moody with uncoordinated actions.
By the end of his experiment, he was unable to concentrate. Consequently, he started having troubles with short term memory.
In addition to that, he became paranoid. As a result , he started hallucinating.

When he was asked to subtract seven repeatedly, starting with 100, he stopped at 65. When asked why he had stopped, he replied that he had forgotten what he was doing. This happened on the 11th day.
He later recovered without much physiological damage. But for others, losing shuteye can result in hormonal imbalance, illness, and even death.

Science still fails to explain the complete physiology and functions of sleep. Nevertheless, we know it is essential. Adults need 7 to 8 hours of sleep while young one needs at least 10 hours of sleep.

WHY DO WE NEED TO SLEEP?

The signals from our body tell our brain that we are tired. Furthermore, the dark environment at night also triggers the brain. Subsequently, we grow sleepy. The rise in sleep-inducing chemicals like adenosine and melatonin send us into a light doze which grows deeper,  thereby slowing our breathing and heart rate along with relaxing our muscles.

During this period of apparent inactivity most vital functions operates in the body. Cells repair DNA and rejuvenated itself during sleep. The body prepares itself for the day ahead refilling the system reservoirs. During daytime, the cells are busy as bee using energy and giving out byproducts. These waste products increase the urge to sleep called ” Sleep Pressure”.

Research infers that a week of lack of sleep may cause over 700 genetic changes. These changes are fatal ones, thus resulting in increased risk of heart diseases, stroke, diabetes, and whatnot.
Remaining awake for prolonged hours causes fall in libido. The testosterone level falls remarkably and results in depression. 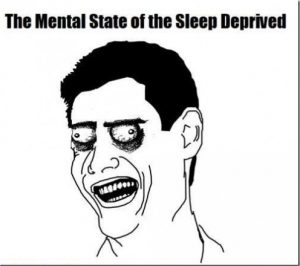 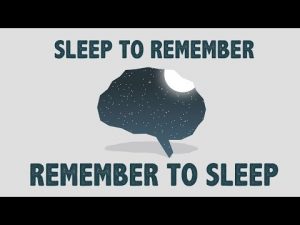 Life is beautiful. We should try our best to preserve the sanctity of this beauty by following its nature. Trying to interfere with the codes of its conduct, leads to unhappy results.

Have a good night