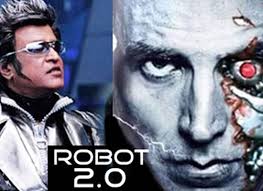 Robot 2.0 is a sequel to Rajnikanth and Aishwarya Rai’s ‘Robot’ which was released back in October 2010. The movie was initially released in Tamil by the name of Enthiram. The flick was the huge hit and the sequel was in demand which had presumable lead to ‘Robot 2.0’.

This sequel of ‘Robot’ this time has Amy Jackson, Akshay Kumar and none other than Rajnikanth in the lead role. The movie is directed by S Shankar. This is Akshay Kumar’s first south film and (as reported by the sources) he is more than happy to share screen with great star Rajnikanth. Akshay here is playing the role of an antagonist and this fact has gathered a lot of curiosity around the film. Amy Jackson is the female lead in the flick.

“Robot 2.o” is a dream project of Rajnikant with a mind-blowing script at hand. The movie is cores business decision and Rajnikant has fastened his belt to make the film the most sought after big screen movie of the year 2018. The film is an investment of Rs. 450 crores. 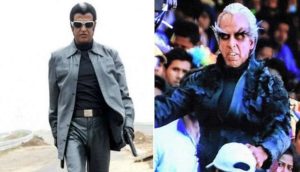 The look of actor Rajnkanth and Akshay Kumar in this flick had launched few months back and Akshay’s look has grabbed eyeballs due to his melancholic and devious appearance. The ‘Toilet: Ek Prem Katha’ actor is looking as treacherous and dangerous as it can get! His glance has cruelty at his face and his nefarious intentions are evident from all the good work that is put up by costume and make-up department to make him appear as effective and doomed as the script of the movie demanded. 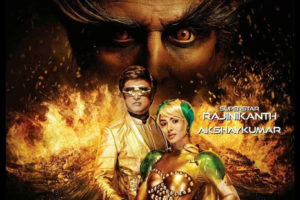 Recently, Amy Jackson’s look from the movie has surfaced and it ha gained positive response. She is looking like ‘pretty robo‘ and has grabbed substantial attention.

The teaser will be out on April 14 . The trailer of the film is awaited.

The flick will release on Diwali 2018. Since the first movie was a great success, hopes are high for this film also. The great actors are the reason people are expecting it to be a bumper hit. Also, this movie is not a big budget movie for India but  across Asia too it is marked as expensive flick.