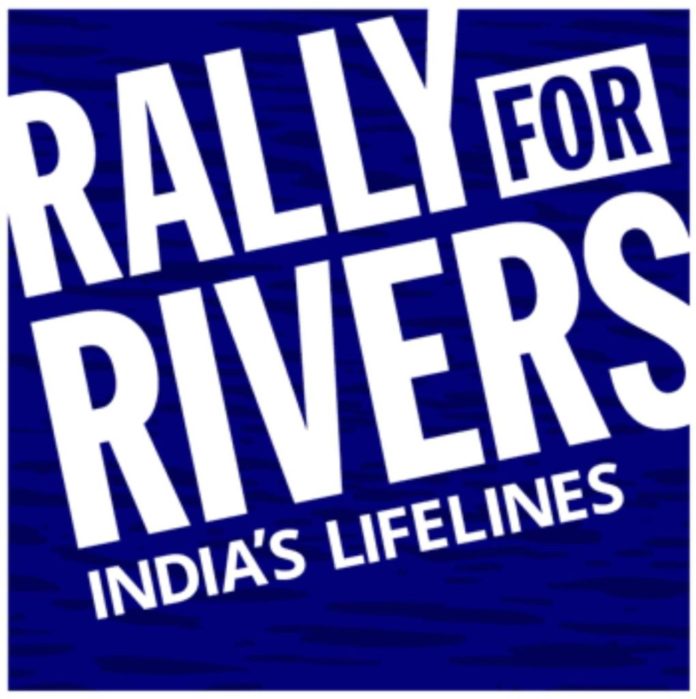 Unseasonal rains are destroying the crops. The sudden increase in Carbon dioxide content is melting the polar caps. The pollution is damaging all the Natural resources. The most important resource that has been recognized as being polluted and getting exhausted is the fresh river water.
Rally For Rivers is a campaign launched by Isha Foundation to save the rivers, the Life lines of this country

What is the motive behind starting it?

India has grown along the banks of major rivers. Our ancient civilizations were born along the waters. For many years, we maintained the sanctity of this relationship. But in the last few decades, due to the increase in population and industrial development, our perennial rivers are becoming seasonal. Many of the smaller rivers have already vanished. The Ganga and Indus are the world’s most endangered rivers according to WWF.

· 25% of India is turning into desert.
· Today, we have 75% less water per person than that in 1947.
· 22 out of major 32 Indian cities deal with water shortage every day.
· If this is not targeted soon, only 50% water will be available till 2030 for our survival.
Isha Foundation has come forward with an extra-ordinary plan to reverse this decline and revive our rivers. 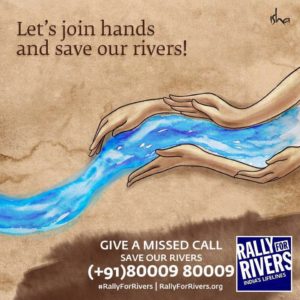 What is the idea?

With over a decade of experience in matters related to the environment and sustainability, Isha Foundation offers the best solution to stabilize and revitalize our rivers. It involves creating and maintaining tree cover for a minimum of one kilometre on either side of the entire river length and half a kilometre for tributaries. Native forest trees would be planted in government-owned land along riverbanks. Organic fruit tree cultivation would be taken up on private farmers’ lands.
This solution ensures that rivers are restored and farmers’ livelihood is also enhanced by doubling their income in five years. The availability of fruit improves nutritional intake among people. Trees help keep rivers perennial, reduce floods and drought, increase precipitation, mitigate climate change and prevent soil erosion. This event is an effort to:
• Make everyone aware about the crisis our rivers are facing
• Create awareness among all sections of society about the need to Rally for Rivers
• Gather public support and momentum for the government to implement a positive river policy.

How did the society contribute?

In order to suggest a recommendation to the Central Governmment, the support of common people is very essential. So, the foundation needed a minimum of 10 crore votes to put forward their objective. The people were asked to leave a missed call to a specific number and give their support. There was a great response from the public.

When did it happen?

The rally started from the Isha Yoga Center, Coimbatore on September 3 and was ended in Delhi on October 2. It covered 13 states and 21 major cities. The rally covered a total distance of 6560 km across India.
To create awareness amongst all sections of society, Isha Foundation organized a “Rally for Rivers” awareness campaign in collaboration with the Ministry of Environment in many cities.

I am personally happy that this campaign has reached millions of people and many are talking about it. This rally has gained huge momentum and has gathered support from people from all walks of life including celebrities, chief ministers of different parties, and sports people. Chief Minister of Karnataka Siddaramiah has given full support for this rally and has entered MOU with Isha Foundation to plant 25 Crore tree saplings along the River Cauvery. Rally for Rivers has gathered support from different celebrities including Superstar Rajnikanth.

Thanks to Isha Foundation for taking an initiative to protect the rivers in India. In spite of knowing the future threats, if we do not act now to reverse the serious decline of these lifelines, the next generation will have to pay a very heavy price.