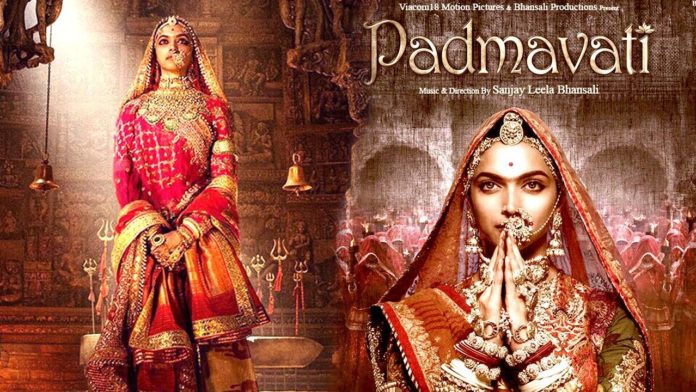 ‘Padmavati’, directed by ace director Sanjay Leela Bhansali is a period drama film which has Deepika Padukone in the titular role alongside Shahid Kapoor, Ranveer Singh and Aditi Rao Hydari. The flick has been a part of many mishaps and controversies since the time of its shoot. Even now, there are protests from some religious groups who have threatened to burn the theatres if the movie gets released! 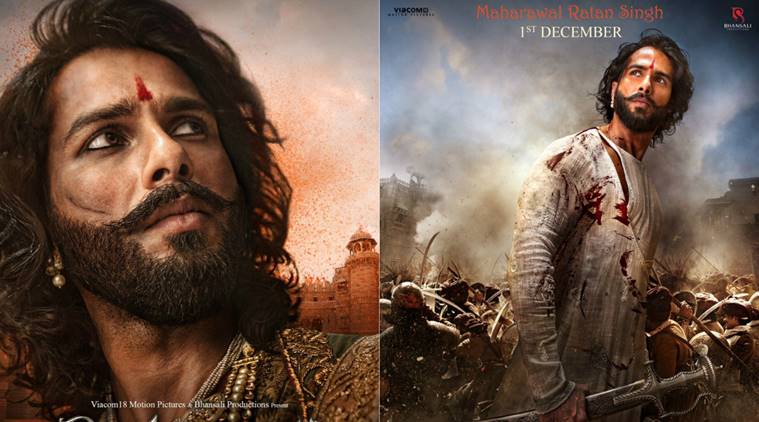 The movie is based on the life of legendary Rajput queen (Rani Padmini) whose mention is found in an epic poetry ‘Padmavat’, written in 1540 CE. According to ‘Padmavat’ she was a wife of Rawal Ratan Singh (played by Shahid Kapoor), who was a Rajput king of Mewar in ancient times. Ranvir Singh is portraying the role of Alauddin Khilji, who was believed to lay siege to Chittor Fort in Rajputana, pushed by the desire to capture Rani Padmini.

The first look of Deepika Padukone as Rani Padmini was launched back in September 2017. She looked as authentic and beautiful as it can get with all her regal glory. It was also believed that the actress chose to grow her hairs instead of using wigs to bring realism to the movie. The looks of Ranvir Singh and Shahid Kapoor were launched weeks after Deepika’s look in the flick was unveiled and it left many mouths a gape. Shahid looked convincing as a ‘Rajput’ ruler and garnered appreciation in a great deal. However, the scene-stealer was Ranvir Singh who looked both melancholic and utterly convincing as Alauddin Khilji. The evil look in his eyes, the ‘kaja’l and his attitude down pat has made viewers more excited and impatient for the release of the film.

The much awaited trailer was released on 9 October 2017 and has been received well by viewers on social media platforms. The trailer featured Deepika Padukone in various looks as Rani Padmini which is an attractive part. Shahid Kapoor is simplistic and genuine in the trailer. What is actually grabbing most eyeballs is the way Ranvir Singh is shown as his looks and his character is something which is not been witnessed before by his fans and his perception as evil ‘Alauddin Khilji’ is entirely coming alive through the trailer.

Below is the link, do watch!

Sanjay Leela Bhansali has really put his heart into making this film. At several points he had increased the budget of the film to leave no stone unturned to bring realism to the movie. Initially, the movie was slated to release on 17 November 2017 but as controversies and problems got attached to it, the flick is now set to hit theatres on 1 December 2017!