Out of the 2.5 million Indian men and women who volunteered to fight with the Allied forces during the 2nd World War, there is one forgotten hero whose name doesn’t surface much in the foreground and her name is Noor Inayat Khan. Noor-un-Nisa Inayat Khan was born to a Sufi teacher and an American mother and had a lineage directly related to Tipu Sultan. She inherited the values of self-sacrifice and non-violence from her pacifist father. She was the recipient of the George Cross Award of the UK for having undertaken one of the most dangerous missions in the second world war .

Noor spent her childhood in France and grew up to be passionate about music and played the harp. She studied child psychology and also wrote stories for children. One such book by her containing stories for children called “Twenty Jataka Tales” was published in France, Britain and America. Her life took a 360 degree turn when the German Army started invading the countries in Europe and in 1940, they invaded France. Noor fled to Britain along with her family just before France was captured by Hitler’s Army and it was there that she joined the WAAF (Women’s Auxiliary Air Force) where she was trained to be a radio operator. And here, she chose to go by the name of Nora Baker to better fit into her British lifestyle. 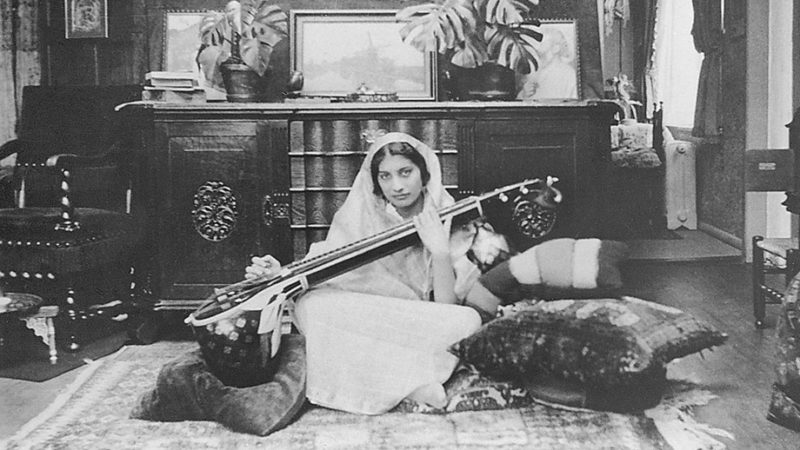 In 1942, two years after having joined the WAAF, she was approached for an interview by the SOE (Special Operations Executive) for the role of an undercover agent in the Nazi-occupied France at that time. It is said that she was called for the interview due to fact that she was fluent in French. The job at that time was primarily a man’s job but owing to the severe shortage of undercover agents, Noor got the call. Having learnt the Morse code during her time in the Air force and being fluent in French , she was the perfect candidate to be deployed secretly as a wireless operator in German-occupied France and send important messages back to London . These agents were not required to wear uniforms, instead just blend in with the crowd and pose as civilians. This was a hard hitting reality as working undercover in civilian clothes meant no protection under the Geneva Convention and if she were to be caught, she was most likely to be shot . Another fact was that this job had a life expectancy of just six weeks. Knowing about all the danger she was putting herself into, Noor still thought it to be worth it and accepted to go.

Now came her training, where she didn’t fare very well as she got remarks such as “being clumsy”, “scared of weapons”, “emotional”, “very temperamental” and the officials were doubtful if she was really suited for such a job. Around the same time, the leaders of India had launched the Quit-India Movement to revolt against their British oppressors so, in her interview; one officer asked her if she would back the Indian leaders who took steps against Britain. She said as long as the war against Germany is on, she would be loyal to the British but after it she would support India in its fight for independence against Britain. So finally it was decided that the SOE would send her to France on the mission. This time, she got another false identity, the codename – Madeleine. She along with her fellow agents finally arrived in France on a secret plane in June, 1943 and after landing, everyone dispersed and went their own way. Noor somehow managed to make her way to Paris. Within days of her arrival in Paris, she began sending wireless messages containing useful information back to London and to avoid detection , she was constantly on the move as the Gestapo(Nazi Secret Police) had security vans which could detect where these signals were coming from. She carried her wireless radio in a suitcase wherever she went and made sure that her suitcase didn’t get any undue attention by the Police. 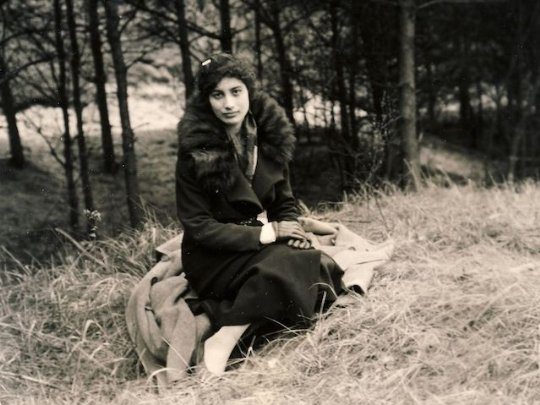 Within a week of their arrival, almost the entire network of SOE agents deployed in France except for Noor was arrested by the Gestapo and Noor was now one of the last wireless operators still operating in the city. Seeing this, the officials back in London asked Noor to return back but she declined the offer and chose to stay back as she knew how important her role was in helping the Allies. Sadly, her run from the Gestapo didn’t last much long as she was eventually captured after spending around 13 weeks in France playing the Cat and Mouse game with the Police . Ironically, her capture was not a result of the diligence of the Nazi forces instead it was due to betrayal  at the hands of a jealous woman whom Noor knew and who had expressed her desire to be a part of the secret network but was denied to be a part of it .

Thereafter, she was questioned and tortured by the Gestapo but she didn’t utter a single word about the mission. Later, she was transferred to the concentration camps in Germany and executed alongwith with three other female agents. Her bravery and unbudging rectitude earned her the highest civilian honor of the United Kingdom and other commonwealth nations— the George Cross in 1949 (post.) and made her only one of the three women to have got this honor during the Second World War.

Being a spy is the world’s second oldest profession yet these people rarely get the deserved name and recognition for their life-endangering services for their country. One such man was Ravindra Kaushik , recruited by RAW-the primary intelligence agency of India and sent to Pakistan as an undercover agent where he learned Urdu and took on a Muslim identity. He somehow managed to join the Pakistan Army and rose up to the ranks of major while passing valuable information to the Indian army but was later captured. Ajit Doval, the Current National Security Advisor of India was also an Indian spy in Pakistan for seven years posing as a Muslim. These people are truly the unsung heroes of our nation.