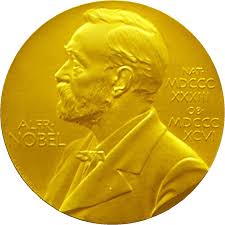 Every year Nobel prizes are awarded during this period. These are regarded as the most prestigious awards in the world. But do you know when the custom of declaring these awards started and the reason behind starting it? Without any more delay, let’s explore it…
ALFRED NOBEL
The man behind this idea is.. Alfred Nobel, a Swedish scientist. He had a great attraction towards chemistry and interested in many languages. He was proficient in English, German, French and Russian. He made as many as 355 discoveries in his entire life and owns patents for all of them. One of the most powerful bombs, the ‘Dynamite’ is one among his discoveries. All this is fine…but how did he get an idea to present awards in his name?
BIRTH OF THE IDEA
In 1883, Nobel’s brother passed away in Cannes. But a French newspaper wrongly published it as the death of Alfred Nobel, with the headline-“THE MERCHANT OF DEATH IS DEAD”. Since the Dynamite was his discovery, people gave him that name. Nobel was shocked on seeing the news. He had invented many other things other than the dynamite, but people remembered him only for his Dynamite. With this incident there ran a fear in him as how people would remember him after his death. He was worried about his name and fame in the future generations. This was the point where he felt the necessity to establish an award in his name and present it to people who excelled in their respective fields. So, as mentioned in his will, awards were being given from then on.
WHO SPONSERS THE AWARDS??
Alfred Nobel himself has sponsored for all the awards. Wondered??? But yes, this is true. He had given away 94% of his property for this sake. All the revenue for these awards is from the interest on his savings. But the Nobel prize in Economics is alone sponsored by the Bank Of Sweden. In this way, Nobel prizes were being distributed to the experts since 1901.
THE FIVE DOMAINS
The Nobel prizes are awarded to people who have contributed their best in six different fields. The six streams are
• Physics
• Chemistry
• Literature
• Medicine
• Global Peace
• Economics
The prize distribution takes place at Stockholm, Sweden, while the Nobel Peace Prize alone is distributed at Oslo, Norway. Though the awards are announced well in advance, they are distributed only on December 10, the death anniversary of Alfred Nobel.

WHAT IS THE SELECTION CRITERIA??
It’s not that easy to get nominated for the Nobel felicitation. One cannot nominate oneself. Though one’s name is under reference, no information will be given regarding that in prior. Only after the award is announced that the awardees will get to know. There is a special committee that nominates and selects the people to be awarded. They carry out all this procedure in secrecy. 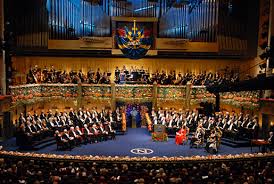 SOME MORE…..
• It was decided in 1974 that the Nobel prizes will not be presented posthumously.
• The Indian Laureates of The Nobel are twelve in number.
• The first ever Indian to receive the prize was the great poet, Rabindranath Tagore.
• Since 1901, the Nobel Committee has distributed 911 Nobel prizes till date.
• The excellency in the field of Mathematics is not being felicitated by the Nobel. But the  FIELDS MEDAL that is given to the young mathematicians is considered as the Nobel prize in this domain.
• The International Committee Of Red Cross is the only organisation to receive the Nobel Peace Prize for three times.
• Mary Curie was awarded twice for her contributions in the fields of Physics and Chemistry.
• Some famous Indians who received this honour
Rabindranath Tagore – Literature  – 1913
C.V.Raman               – Physics      – 1930
Mother Teresa           – Peace       – 1979
Amartya Sen            – Economics – 1998
Kailash Satyarthi      – Peace        – 2014
These are the people who have made India proud by their selfless contributions in their respective fields.
• This year the Nobel prizes are awarded to-
Physics        – Rainer Weiss, Barry C. Barish , Kip S. Thorne
Chemistry    – Jacques Dubochet, Joachim Frank, Richard Henderson
Medicine      – Jeffrey C. Hall, Michael Rosbash, Michael W. Young
Literature     – Kazuo Ishiguro
Peace          – International Campaign to abolish Nuclear Weapons
Economics   – Richard Thaler

So, the great thought of Alfred Nobel many years ago, has provided recognition to many scientists and socialists. They are being felicitated for their works in their respective fields. They get a great respect in the society and they also remain as an inspiration in many young minds. The world is getting to know about the new discoveries happening. They get to know the struggle of some people who are trying to eradicate poverty and establish peace in the country.
A great salute and big thank you to ALFRED NOBEL for making this possible.