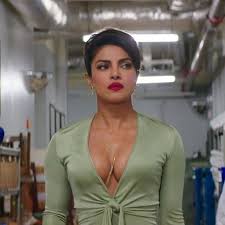 Priyanka Chopra is a well-known Bollywood actress who is presently promoting  her big west debut Hollywood movie BAYWATCH . Though the movie got negative reviews in us against Johnny Depp’s  starrer PIRATES 5, Priyanka Chopra has signed her third Hollywood film. PC has decided not to stop even after a flop . PC became a well-known Hollywood face when she played a lead role in the TV series QUANTICO . After that PC also won award at people choice award and became famous overnight.

Baywatch is all set to release in India and it is certified ‘A’ by  CBFC (CETRAL BOARD OF FILM CERTIFICATION)  after five cuts movie got passed the criteria for getting ‘A’.  Baywatch is based on 90’s TV series. Priyanka Chopra is playing negative role . 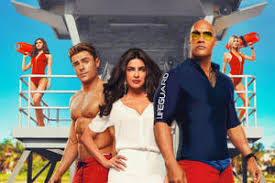 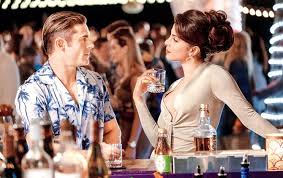 For now Priyanka Chopra is enjoying her film promotion in Berlin with her film’s  cast  . She met PM Narendra Modi there and had little chat with him.Though she is getting trolled for showing her legs to PM in her dress. 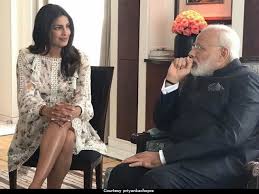 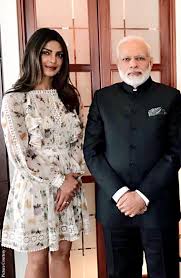 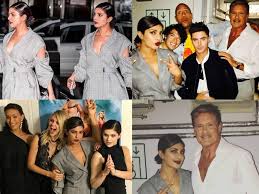 Before that Priyanka had done international songs like Exotic feat. Pitbull and I Can’t Make You Love Me  and In My City feat. Will.i.am. Priyanka was last seen in bollywood movies like Dil Dhadakne Do and Bajirao Mastani. Before promoting her Hollywood movie priyanka was seen walking the red carpet of MET GALA 2017 with Nick Jonas. Priyanka got trolled for her dress at that time too but PC handled it very well. Lets see how she is going to handle these trolls.

Well we wish  Dwayne Johnson and Zac Efron starrer movie along with priyanka chopra creates magic on Indian cinema screen and provide entertainment to the viewers who are dying to see our Desi Heroine in Bikini Babe avatar.