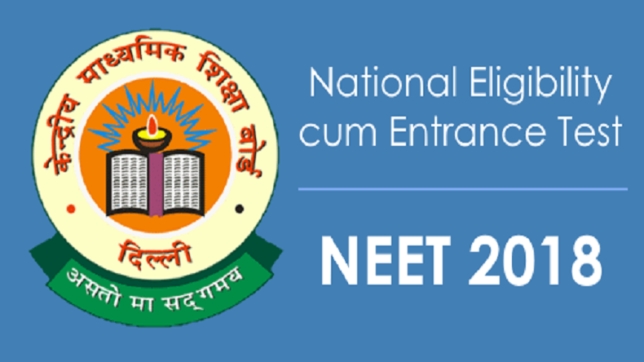 Currently, agri aspirants can obtain a seat on the basis of the marks secured by them in their Class XII examination. Starting next year, they might have to sit for NEET to qualify the same. There is a possibility that this could be the last year, for availing admission through class XII scores.

NEET 2018 has been in news for various controversies for the past few months. The examination is scheduled for May 6, 2018. Admit cards for NEET 2018 are likely to be out by the second week of April.

As per reports, this is not the first time, the center has made changes in the pattern. Recently, the center had decided to include Veterinary sciences along with medical and dental courses in the club of NEET. AYUSH courses have also been added under the purview of NEET. However, engineering courses are still at bay from the entrance examination.

Academicians on Sunday released the news about the Centre planning to make the NEET examination mandatory to seek admission for Agriculture courses starting 2019.

Contents hide
1 From when the mandate be put into effect?
2 Rural education
3 Reduction in education for Girls
4 Enrolment for Agricultural courses

From when the mandate be put into effect?

In comparison to Medical Council of India (MCI), the Indian Council of Agricultural Research (ICAR) is only a suggestive body and doesn’t hold the right to pass a mandate but merely propose it to the Parliament. The parliament alone has the rights to pass it as a rule which is highly unlikely to happen in this academic year.

Currently, it has been proposed for students from Tamil Nadu. According to the statements given by the Vice Chancellor of Tamil Agricultural University, K Ramasamy, a total of 13 agricultural courses are enlisted as professional courses. Agricultural courses are offered by 14 constituent colleges and 24 affiliated colleges in the state. Amongst these, the center allocates 15% of seats in all the colleges through common entrance examination conducted by the Centre.

The mandate to include Agricultural courses in the purview of NEET exams is predicted to have an effect on multiple grounds. As per reports, the latest mandate by the center hasn’t gone well with parents and students of the state, who are still hoping the news to be false.

Reduction in education for Girls

This mandate is also likely to affect the enrolment of girl population in pursuing higher education. As per statistics put forth by an academician, the current percentage of seats allotted for girls in the field of arts and science is 67%, 70% in medicine and 87% in Agriculture.

This percentage is likely to see some reduction post the mandate as parents would find themselves in trying position to spend so much money on their ward’s education. The cost of entrance examination and tutorials for the cracking it will supposedly put a great deal of pressure on parents, who want their children to pursue higher education.

However, the state is yet to receive final notification from the center on this matter. This was confirmed by the Principal Secretary of the government and agricultural production commissioner Gagandeep Singh Bedi. Currently, the same is just a proposal, a correspondence is pending from the central government.