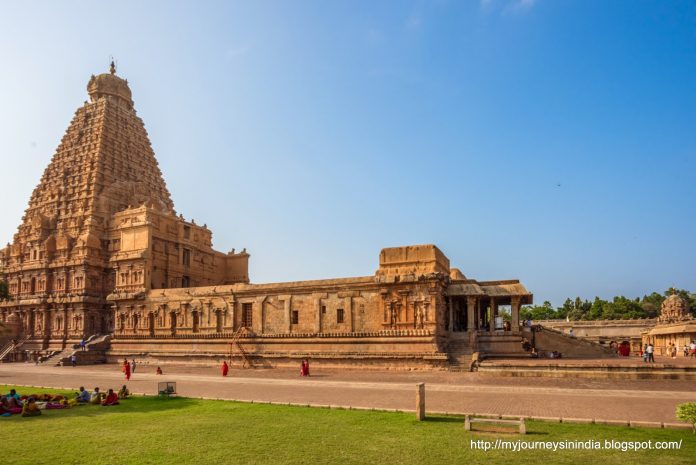 In the heart of Thanjavur, there stands the Brihadeeswara temple magnificently. Locally known as Periya Koyil (Tamil) or Big Temple, Brihadeeswara Temple is one among the largest temples of the world. This temple is also recognized as the UNESCO World Heritage Site. 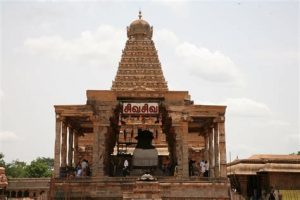 History of the Temple

The temple, dedicated to Lord Shiva, was built by Raja Raja Chola I. The construction was completed long before in 1010, which means it is more than 1000 years old! Based on the inscriptions on the temple walls, Kunjara Mallan Raja Raja Perumthachan was the engineer and architect of this famous structure. The stunning structure was built by the King Raja Raja Cholan in 1010 AD which is made out of Granite.

The main deity of Brihadeeswara Temple is lord Shiva (Lord Brihadeeswara). The other important idols of this temple are Lord Dakshinamurthy, Lord Ganesha, Lord Surya and Lord Chandra. The entire surroundings of this temple contains about 250 shiv lingas as a representation of Lord Shiva. This temple has a special environmental pleasure where the lingam is installed with a special stone called Chandrakanta stone, which makes the place cool during summer and comfort warm during winter.

It is said that more than 1,30,000 granite stones have been used to build the main structure of the Brihadeeswara Temple. The main speciality of this temple is that the shadow of the main temple never falls on the ground. The temple has an awesome painting of King Raja Raja Cholan paying homage to Lord Nataraj, which is one of the rare paintings of a royal portrait. On the inner walls of the Sanctum Santorum, the art of Bharata Natyam, where 108 dance poses which are performed by Lord Shiva known as “Karmas” have been carved. 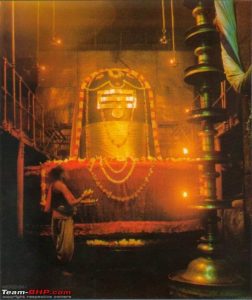 The temple stands in the mid of the city, Thanjavur. It is one of the busiest areas of the city. But once entered the temple, there is no clue of the outer world. The surroundings of the temple make you forget all your worries and fill your heart with pleasance. The lawns all around the temple are a great place to leisure yourself. It is an extra-ordinary place for the photographers to click their cameras. The place gives you many photoshoot areas. The place is always busy with people posing different stills, taking selfies and capturing the magnificent beauty of the temple in their mobile phones.

If you are a wanderlust, then you have to include “The Big Temple” into your list of places to visit. It is definitely worth visiting!