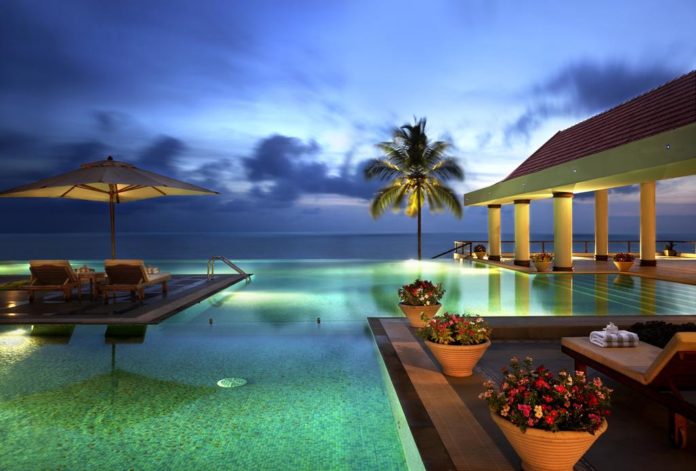 For every marriage that happens in India, every couple and every family wish to have a fairly tale wedding destination. This is the real reason why Indian hospitality industry is keen on establishing some immensely beautiful wedding venues over these several years. Here is a list of the most beautiful wedding venues in India including known palaces, grand hotels and also sun-kissed beaches

During the wedding most of the Indians are seen in a marriage that happens in magnificent havelis of Rajasthan. In Jaisalmer,  Suryagarh is just the place for it. According to the traditional Rajasthani marriage, the marriages which happens in Suryagarh are also accompanied by folk music and customary dance. The setting is brilliant with golden hues and to top it all, what you are going to enjoy the most is camel ride which is on offer.

If you are dreaming of a clifftop wedding which overlooks the limitless horizons of the Arabian Sea, then this is just the right place for you. You should definitely head to Leela Kovalam which is an aesthetic state present in Kerala. The warm sea breeze along with the tranquillity will set the right tone for the couple to get together. The services they provide are outstanding, you will not only appreciate them but will also likely to visit this place again. 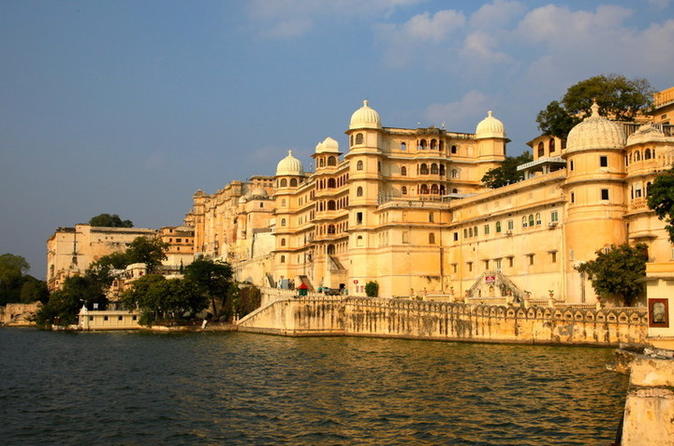 As we all know Udaipur is a City of Lakes, it also has a historical reputation. Udaipur is a state of Rajasthan where Mewar lives. For many centuries, it is also a home to subsequent dynasties. Udaipur is a lavish town which also has some of the most beautiful places and no doubt City Palace is at the top amongst them. There is a series of glorious houses that serve as wedding venues occasionally such as Zeena Mehal, Manek Chowk and Shivniwas Palace which are also the popular among them. Pichola Lake also beautifully encompasses the City Palace. 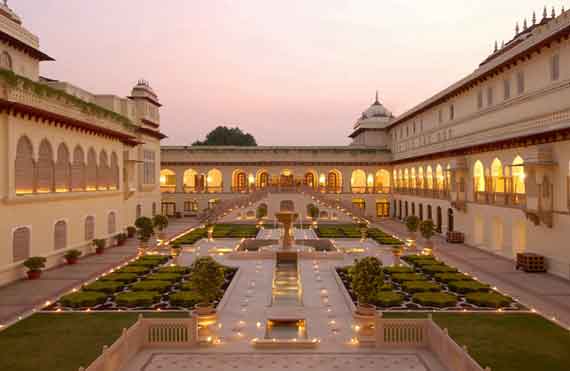 Jai Mahal Palace is located in Jaipur, Rajasthan. It is another exotic wedding venue in India. It also consists of marvelous Mughal Gardens which set the right tone of Jai Mahal and this Palace is an architectural marvel in itself. The decorations here are purely in Rajasthani way. Also, the art of state can be seen which set the right balance between heritage and refinement. 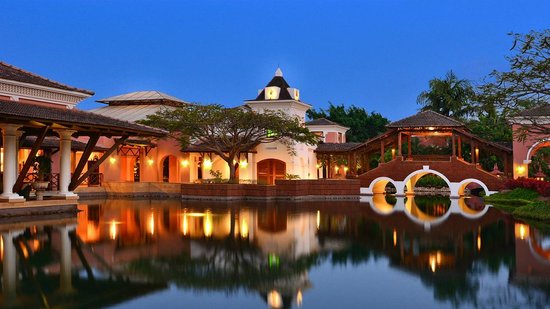 One can never ignore beachfront weddings. In this resort, visitors can enjoy shimmering lagoons, spacious ballrooms and serene private beach. Also, Spa is available to make your beachfront weddings more beautiful. This beautiful resort lies on the Arossim Beach which is masked by the numerous gardens and the towering palm trees.

Falaknuma Palace is very stunning in Hyderabad. It also showcase the glorious era of Nizams. It creates and maintains a perfect balance between Nizam grandeur and architectural marvel. You will also remain amazed by Venetian chandeliers. Also, one can enjoy Tudor-Italian architecture.

It is the majestic sandstone Palace which is named after its creator Maharaja Umaid Singh. Along with beautiful gardens, it also has spacious halls as well as reflecting Rajasthani traditions. This Bhawan consists of a museum, a residence of Royal palace and luxurious hotel owned by Taj group.