Being one of the metropolitan cities of India, Chennai as a city has rich tradition and heritage. Beyond that, Chennai is a classic city responsible for being the leader/initiator of a lot of things. One can easily socialize with people here as they’re easy to acquire help for and very traditional in approach.

The city was once called Madras and later changed to Chennai in 1996. It is the second leading exporter of information technology (IT) and business process outsourcing (BPO) services in India.

Chennai’s tourism offers many potentially interesting locations to visitors which are why people visit here often for its cheap tourism, shopping and happening entertainment for people.

This city is famous for many things and mainly recognized as the cultural capital of India, It is one of the must-visit places in Tamil Nadu.

British monuments in Chennai are exemplary of some of the finest blend of Indian and colonial architectural styles. There are several elegant architectures like The Ripon Building, High Court Building, Senate House, GPO, Central Railway Station, National Art Gallery, and Government Museum Buildings and so on.

The city has the origin of the British-era architecture, with its large sophisticated buildings. This attraction brings many tourists to the city to explore, irrespective of any season. People from Chennai strive better to safeguard their heritage which was probably the reason why Indians stand out from other countries when it comes to maintaining the Tradition of their own country by following the culture. 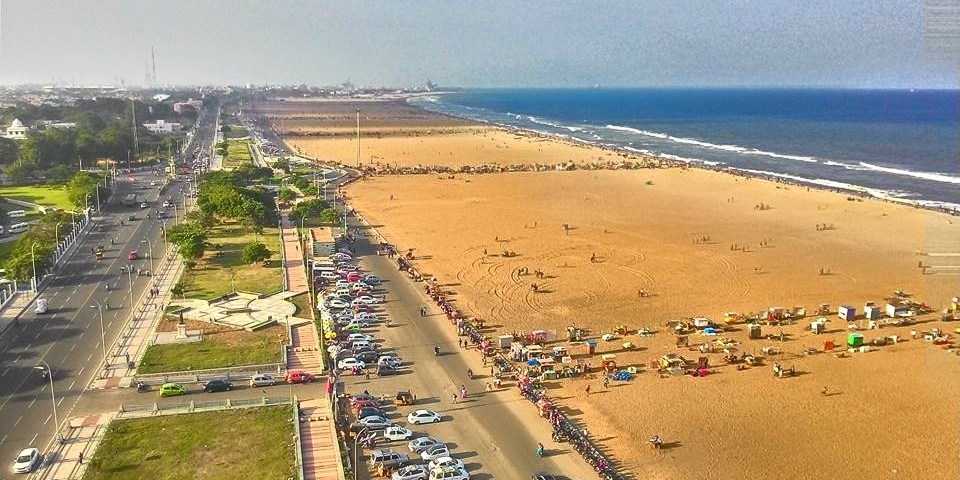 The city owes a big credit for Marina Beach by being the second longest beach in the world.  As it attracts many tourists and has always been the instant choice for everyone that visits Chennai. The Beaches are crowded almost during weekends and are likely to spot different kinds of people here creating a beautiful atmosphere. The delicious varieties of Bajjis, Balloon shooting, Horse riding, Surfing, Fishing and Seafood items plays a vital role to be the hangout spot for people and tourists. The most magical part of any beach in the world is watching a sunrise early morning, Marina paves the way as a topmost favourite for the entire crowd to observe sunrise. Also, the lighthouse located in the beach places a stunning view to capture the aerial view of beach alongside the city. 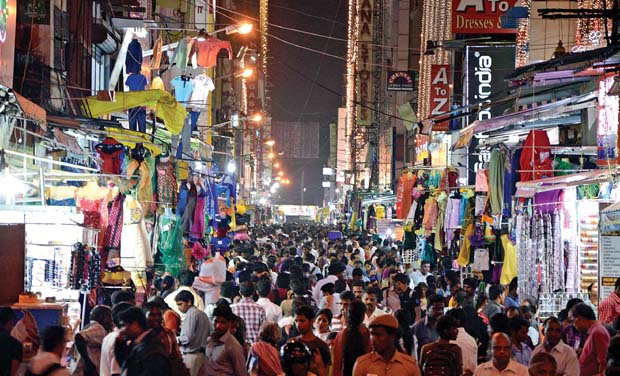 Utmost 70% of the crowd dwells in Chennai at one place that is Shopping. Chennai is the shopping hub for all the shopaholics as it caters to the needs of all the people across the globe. Only certain areas in Chennai are well-known for low priced shopping irrespective of any categories to purchase. From colourful ethnic markets to bustling wholesale stores, Chennai is the shopping destination as it serves both a street shopper and luxury-loving kind. To accustom oneself with an ultimate shopping guide, Places like T-Nagar, Sowcarpet, Ritchie Street, Pondy Bazaar, Parrys corner, Nungambakkam, Mylapore Luz Corner and Malls helps people to find different kinds of things to shop for them. All these places import materials providing a wide variety of collections for people to purchase at really cheap prices and a mass crowd is always available. 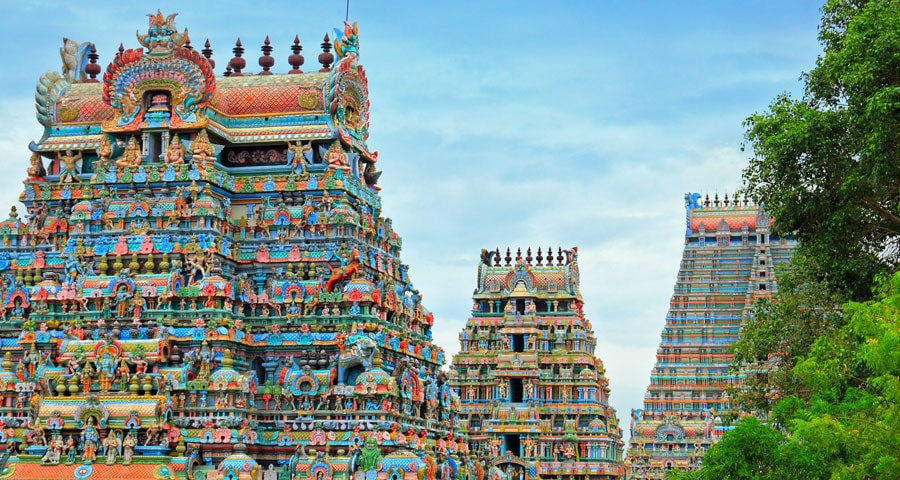 Heritage temples serve Chennai as the Cultural capital of India. Kapaleeswarar Temple is one of oldest temples in the city as though the architecture does not seem as old as 400 years ago. The temple stands as a classic example of the Dravidian style sculpture and architecture. Several other temples located nearby Chennai are also famous for its heritage taking the famous shore temples by the Pallava Kingdom that is popularly known as Mahabalipuram has set a curiosity among the tourists to visit it must. People dwell here often either for their religious needs or sightseeing of the architecture. 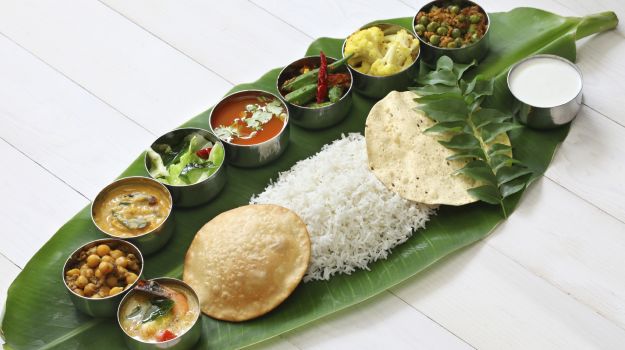 Everyone loves food especially when it tastes amazing and cheap, none would want to miss exploring the different varieties of food. Each city has its origin for food. In that scenario, if you’re one of those who believe that Chennai’s cuisine doesn’t stretch beyond its ‘idli-dosa’ stereotypes, be prepared to be pleasantly surprised. From authentic Korean cuisine to exquisite sushi to a Russian stand-alone restaurant, Chennai’s food scene has gone truly global. Few foods that are in the bucket list of every foodie are Filter coffee, Sundal, Seafood Items, Masala Dosa, Biryani, Murukku sandwich, Atho (Burmese food), Full Veg meals and Rose milk. Tourists or People living here never gets bored of Chennai’s different varieties of food. 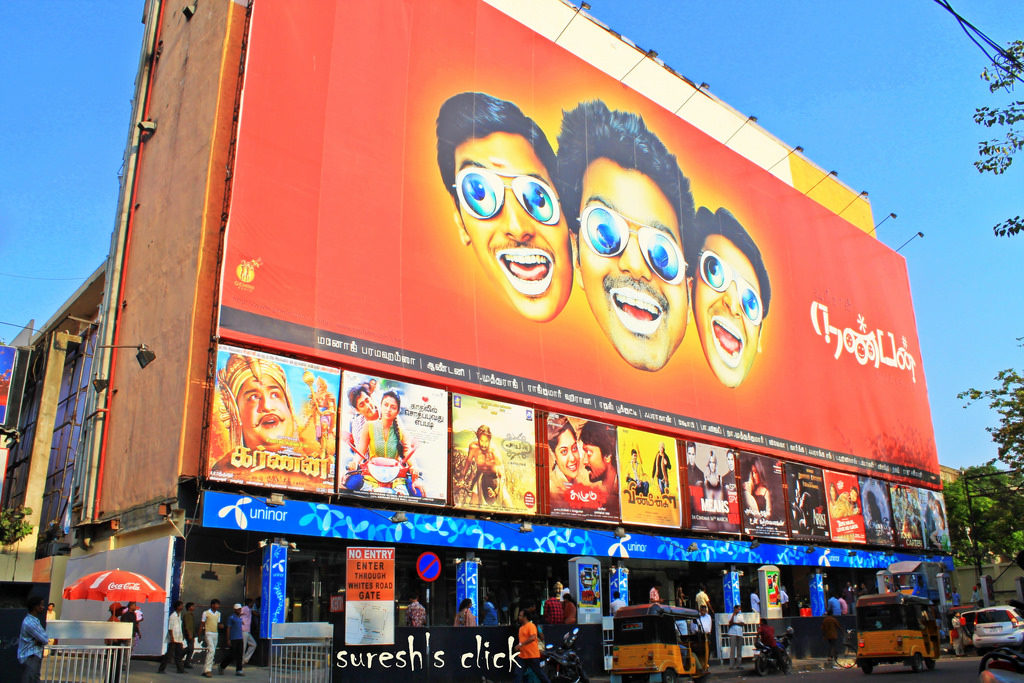 Life is never boring if the city we live in becomes a fun-loving platform for people. Chennai rages for entertainment serving through various platforms like sports and cinemas. Theatres are widespread in the city for movie-buffs to relax at low priced tickets.

The Huddleston Gardens of Theosophical Society is the place for peace, it is created for a universal brotherhood where there is no distinction among human beings and to blend the best of teachings of all religions to elevate the quality of humanity and its power.

Gamers will drool over gaming cafes in the city such as it provides a wide range of collection of games at gaming cafes, few are Arkenesis gaming centre, Blur at Sathyam cinemas etc. Arignar Anna Zoological Park, Crocodile Park are places to go on a picnic with family for its amazing environment. Few new ventures have been recently upgraded in Chennai for making the city livelier like Airborne the Trampoline Park, Soap Football, Laser Tag, Rock Climbing which has taken the Chennai city to a whole new level.

12 Creepy Cursed Objects From Around The World You Won’t Believe Exist!