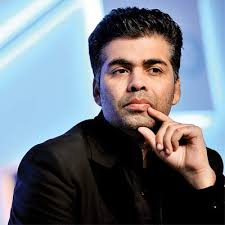 The famous Bollywood director and producer turned 45 on 25th may. The star celebrated his birthday by throwing a huge party. The party was attended by his colleagues, close friends and some Bollywood newbie’s. Many celebs were seen leaving the party whom Johar has worked with so far. We can’t imagine Johar’s party without SRK, can we? SRK is Karan’s one of the closest friend in the industry. Also, Aryan khan was seen with him hanging with Sara Ali Khan. Rumors have been circulating that soon Karan is going to launch Saif Ali Khan’s daughter. It seems that these rumors are going to be true soon. Katrina Kaif , Anushka Sharma, Ranbir Kapoor, Arjun Kapoor, Neha Dhupia , Shahid Kapoor who were last seen in koffee with karan were also present .

So much hotness in one party, only KJo can do it. Well we wish that he continue to make good films and have a rocking 45th.