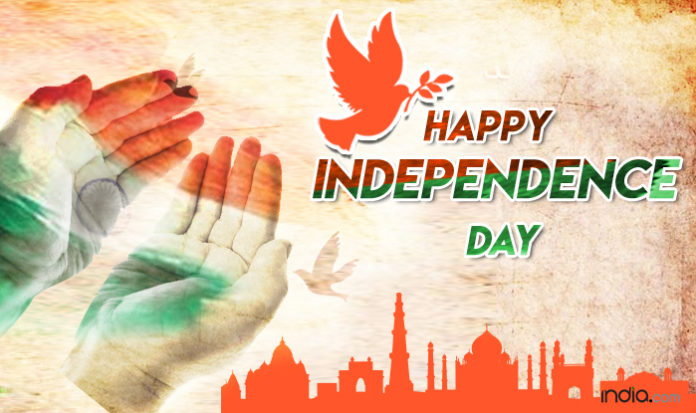 Loud music of ‘Vande Mataram’ being played all over the streets, children with plastic flags in their hands, dressed in school uniforms, excited to watch cultural programs. The only national holiday when our nationality arises, the celebration of India’s Independence Day.India is celebrating it’s 71

India is celebrating its 71st Independence Day; we are now independent for 70 years. We are aware of the historical dominance of the East India Company upon India for over 200 years. Indeed, we feel fortunate that our forefathers fought hard to get independence and gift this free life to their upcoming generations.

India has been long ruled by foreign invaders, prominent are The Mughals, who ruled for almost Three Centuries and The East India Company, who not only ruled over our nation but also exploited its citizens and resources to the fullest.

The main challenge before independence was the formation of Constituent Assembly. India desperately needed a Constitution in order to rule and regulate an independent India and also it was sort of pre-requisite demand needed to be looked for before England permitted independence. The making of a perfect constitution was not possible at that short period of time. It took 2 years, 11 months and 18 days to complete the making of Indian Constitution. Now it’s been 67 years of the formation of Constitution with 101 amendments.

For 71 years, it’s like a practice to celebrate the Independence Day every year. But it seems like we are celebrating the day only for the sake of respect towards our country. But, do we really feel independent in our country? Is child marriage completely abolished? Do the girls, working late night, returning to home, feel independent, feel safe? Is India corruption free? Does the dominant Hindu population accept the Muslim population whole heartedly? Is India able to provide daily food and health facilities to its every resident?   Are our politicians trustworthy enough? Is there no conflict between the Upper and Lower castes?

Answers to all these questions might stand at a huge no. 70 years gone, and it’s the high time to question ourselves and to our society. Each and every individual living in India must perform his or her due work without any haste. We have to leave our human greed behind in order to gain independence for India in a true sense.

China has been threatening India for war since long due to its standoff in the Doklam region of Bhutan. Everyone knows that war brings hues and cries. But a super power like China wouldn’t flinch to attack the Indian Army at any moment. It’s a serious threat to Indian Government as well as its citizens.  A single war can affect both countries economically and it will be a huge blow for India, mainly. It’s not for the first time that India is involved in a war with its neighbors. The most prominent are 1962 Sino- Indian War, 1965 Indo- Pak War, 1971 Indo-Pak War during Bangladesh Liberation and 1999 Kargil War.

Logically, we cannot fight a superpower like China with so many conflicts within ourselves. Being divided internally, we can’t fight with anyone. Therefore, firstly, we need to clean up each and every problem, small or big, whatever that may be. It is obvious that it will take a very long time, may be decades. But, what can we do is start from point zero. Not a single problem should be left out. For now, main problems needed to overcome should be the safety of women, communal harmony and elimination of corruption. These three prospects can make our country’s condition better in order to fight external conflicts.

If we analyze 70 years of Indian independence, clearly, we have achieved many things in various fields. Our country is the largest country with the multi party system. India has become the fastest growing economy in the world. India has been able to create a special position of its own in the world. From being the member of UN to being grouped in G-20, it’s a huge achievement. Today, India has gained a special position in global politics as it has become one of the strongest countries both politically and economically.

India got independence only due to the independent mindset of our great forefathers. India, a country in making is in its very way to touch prosperity and success. It is our duty, as its citizen, to fulfill the dreams of our great leaders, which they saw for India as an independent nation. The only thing required to fulfill their dreams is to keep working for the nation selflessly.