Home Amazing world The five heaviest diamonds of the world 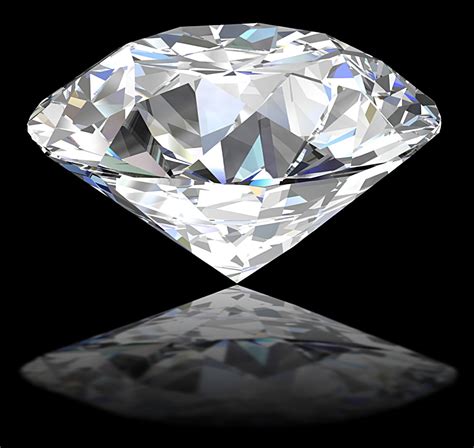 Diamond is the most valuable stone in the world. No other stone is as hard as diamond. It is one of the most lustrous substances that we find. Let us know about the five largest diamonds in the world. 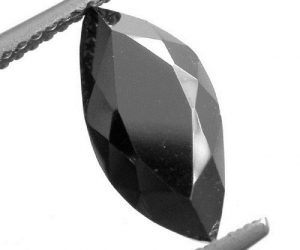 “Sergio”, a black carbonado diamond from Brazil discovered in 1893, beats all its rivals for weight. These so-called black diamonds are rare and scientists are still in debate over their origins. There are some that believe these black diamonds come from outer space, having travelled to Earth as fragments of an ancient meteor. This almost weighs 3167 carats. 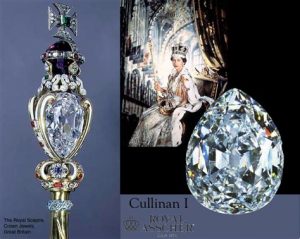 The Cullinan diamond is known as the world’s second-largest diamond till date. This diamond was found 18 feet (5.5 m) below the surface at Premier Mine in Cullinan, South Africa on 26 January 1905. It was named after Thomas Cullinan, the mine’s chairman. So, the diamond has been named after him.

In April 1905, the diamond was put for sale in London, but it was unsold for two years. In 1907 the Transvaal Colony government bought the Cullinan and presented it to King Edward VII on his 66th birthday.

It weighs 3,106 carats. They have later cut it into nine pieces. Queen Elizabeth is the present owner of this diamond. 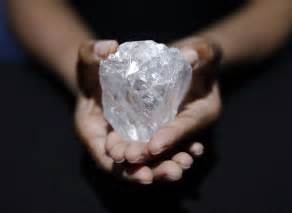 The world record for the third largest diamond is held by the Lesedi La Rona. It was found in the Karowe mine, in Botswana on 16 November 2015. The regional meaning of this name is “Our light”. In 2016, the CEO of Lucara Diamonds, the original owner of the diamond, has announced a competition to name the diamond. He suggested this name and stated that his reason for the name was that “the diamond is a pride, light and hope of Botswana”.

This diamond is almost the size of a tennis ball. The weight is almost 1,109 carats. It was sold for 53 million dollars in an auction. It is now owned by Graff Diamonds. 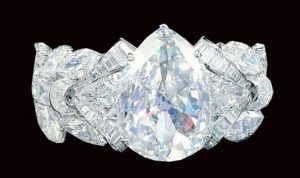 The Excelsior diamond was regarded the largest until the Cullinan diamond was found in 1905. It was found on June 30, 1893, at the Jagersfontein Mine in South Africa, 130 kilometers (81 miles) south-east of Kimberley.

It weighs 995 carats. It was cut into twenty pieces. The largest of all the pieces weighed 70 carats. This has been beautifully placed in a bracelet. 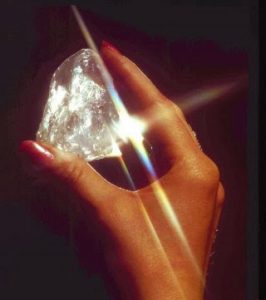 The world’s fifth largest diamond is Sierra Leone. It was found in Sierra Leone, Africa in 1972. This diamond weighs 969 carats. This was owned by a famous diamond company of New York. It had cut the diamond into seventeen pieces. The largest of all the pieces weighs 54 carats.

Some of the smaller gems were placed into a piece of exquisitely-crafted jewellery that became known as the Star of Sierra Leone brooch.

These are the heaviest diamonds in the world that are highly valuable. 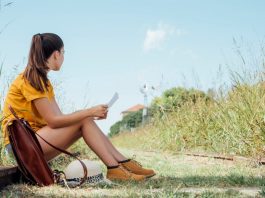 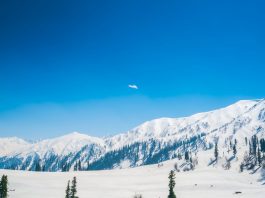