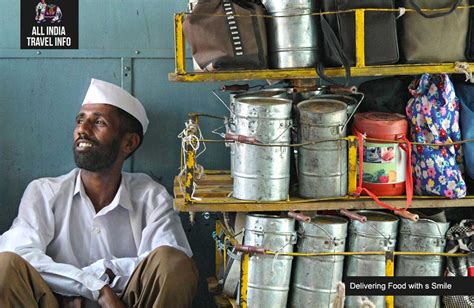 Home – made food always has a special impact on one’s physical and mental health. But in today’s world, people do not have enough time to enjoy the delicious home food. They are always in a busy and hectic lifestyle where they spend lots and lots of money just for food. But they never get that satisfaction, which the home-made food gives. They just have to adjust with that hotel food and fill their tummies.

The dabbawalas are those who constitute a lunchbox delivery system that delivers hot lunch from homes and restaurants to people at work in India, especially in Mumbai. The lunchboxes(dabbas) are collected in the late morning and delivered to the respective persons using bicycles and railway trains, and returned empty by afternoon. Meal suppliers in Mumbai also pay them to ferry lunchboxes with ready-cooked meals from central kitchens to customers and back .

Birth of the Idea

About 125 years ago, a Parsi banker wanted to have home cooked food in office and gave this responsibility to the first ever Dabbawala. Many people liked the idea and the demand for Dabba delivery increased. It was all informal and individual effort in the beginning. But in 1890, the visionary Mahadeo Havaji Bachche saw the opportunity and started the lunch delivery service in its present team-delivery format with 100 Dabbawalas. 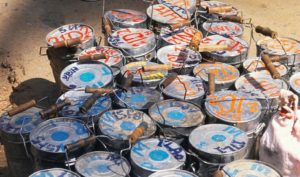 As the city grew, the demand for Dabba delivery grew too. The coding system created during the initial stage is still prominent in 21st century. Initially it was simple colour coding but now since Mumbai is widely spread metro with 3 local train routes, coding has also evolved into alpha numeric characters.

A colour-coding system identifies the destination and recipient. Each dabbawala is required to contribute a minimum capital in kind, in the form of two bicycles, a wooden crate for the tiffins, white cotton kurta-pyjamas, and the white Gandhi cap. Each month there is a division of the earnings of each unit. Fines are imposed for alcohol, tobacco, being out of uniform, and absenteeism.

A collecting dabbawala, usually on bicycle, collects dabbas either from a worker’s home or from the dabba makers. As many of the carriers are of limited literacy (the average literacy of Dabbawalas is that of 8th grade), the dabbas have some sort of distinguishing mark on them, such as a colour or group of symbols.

The dabbawala then takes them to a sorting place, where he and other dabbawalas sort the lunch boxes into groups. The grouped boxes are put in the coaches of trains, with markings to identify the destination of the box. The markings include the railway station to unload the boxes and the destination building delivery address. Some modern infrastructure improvements such as the Navi Mumbai Metro are not used in the supply chain, as cabins do not have the capacity for hundreds of tiffins.

At each station, boxes are handed over to a local dabbawala, who delivers them. The empty boxes are collected after lunch or the next day and sent back to the respective houses. The dabbawalas also allow for delivery requests through SMS.

Where do these dabbawalas come from?

Most dabbawalas are related to each other, belong to the Varkari sect of Maharashtra, and come from the same small village near Pune. Tiffin distribution is suspended for five days each March as they go home for the annual village festival. 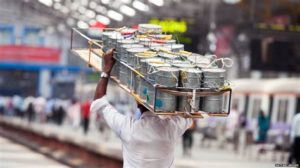 It is frequently claimed that dabbawalas make less than one mistake in every six million deliveries! However, this is only an estimation and is not from a rigorous study.

However thanks to these dabbawalas who struggle a lot just to help people have their delicious home food. It’s only because of them that the Mumbai waalas are enjoying their work with yummy food!!