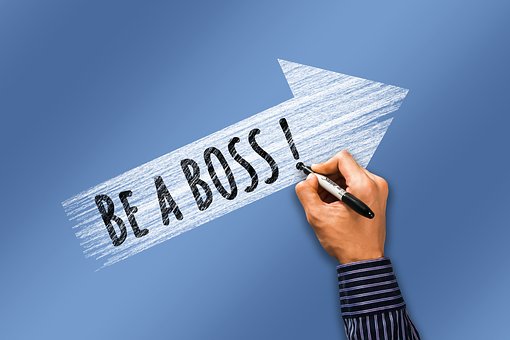 Everyone knows that one person who everyone else looks up to, right? It may be someone in your society, in your school, college, workplace, or anywhere else. The kind of a person whom people seek advice from, laugh on all his jokes and are scared to piss off. The one everyone wants to be like. He is the backbone of his group, and someone everyone feels comfortable around. We call him, an alpha, a leader. Now, what IS an alpha?

The concept of the alpha

We see this behavior in humans as well. Obviously, we humans do not form packs; but alpha males and females exist. Alphas males and females are alphas by birth; meaning they have certain personality traits that make them stand out. However, such alpha traits can be developed later in life as well.

In nature, the alphas are usually the biggest, meanest and strongest. They can quite literally tear apart their subordinates; hence they are given the highest rank. This social rank is based on a sense of fear and physical violence. Alphas in humans are obviously different; since those who beat up their juniors generally get locked up behind bars. Here, I will tell you what some of the alpha (read leadership) traits are, and how you can develop them:

Alphas are confident with their actions

Confidence is perhaps the most important alpha trait. Alphas are confident about their actions; they don’t hesitate or doubt themselves. Their confidence backs them up on every task they do. Hesitation, or doubting your decisions is looked upon as a sign of weakness, and alphas are not weak by any parameter. They can do overcome anything life throws at them, and they know it. Their confidence is what defines them, and gives them the aura of a true alpha.

Building confidence can be tough, but it certainly helps one in all stages of his life. Unconfident people, by doubting their capabilities tend to get nervous, which brings down their potential. Confident people are more likely to stand up for themselves, and make people look up to them.

Alphas in nature are certainly vicious, but leaders in humans are kind. They are kind to the unfortunate, and take every chance they get to help them. Their kindness is what makes them likable. Kindness is like a jewel in their strong personality. They are competitive but aren’t afraid to help their competitors get better. A natural leader will help you even if he is a stranger. They are generous and love to see the others around them happy. So be kind to everyone, because that is a language every human speaks.

Fight for what is right

People feel comfortable around an alpha because they know, he’ll always do the right thing. Alphas are not scared to stand up against what is wrong and defend what he knows is right. Already backed by their confidence, alphas have always been known to fight for what is right. Their persistence and the will to never give up helps them succeed. This trait makes them popular among friends, likable among strangers, and a good human being overall.

Everyone makes mistakes, even leaders. However, leaders are those who hide their mistakes or throws the blame on others. If they know they made a mistake, they will accept it and apologize for it. A leader is down to earth and humble. No matter what amount of success they have achieved, they will never let it get to their head. Pride is a sin and they despise it. Accepting their mistakes gives them a chance to improve, which they will take any day.

Do and say everything with a purpose

What gives a leader confidence is his tendency to always have a purpose behind all his actions. Leaders never do anything without a purpose, without a motive behind it. Every word a leader speaks has value; he doesn’t speak just for the sake of speaking. He speaks when he has to, and he acts when he has to. Leaders have an intention behind whatever they do, which makes their personality even more attractive.

Avoid fights, but don’t be afraid of them

When in a situation that is likely to go physical, alphas back out. They like to maintain peace. However, when it comes to his interests, like his family, an alpha will not think twice before ending the fight. He knows how to say it with fists, but he refrains from doing so until it is unavoidable. He can defend himself and his loved ones from any harm. Alphas defend, not attack. A leader does the same. He will try to avoid a fight unless it is necessary for him to get involved in one to protect his (and his friends’) best interests. Be that person.

Set your sense of humor free

A leader’s sense of humor is what makes him an interesting person, and fun to be with.  His jokes make everyone smile. He is usually the source of entertainment at get-togethers. Everyone likes him and wants to be around him. After all, who doesn’t like a funny guy? No matter how boring you think you are, everyone on this planet has a sense of humor. Maybe your sense of humor is dark, or maybe you crack terrible jokes. Whatever it is, don’t be afraid to crack a joke for fear that you won’t evoke laughs. Be yourself, and let your locked wit and humor flow.

Leaders are not only likable, but they’re also good humans. They are gentle with the gentle and tough with the tough. Nothing and none but they themselves lead their life. They have a goal, and nothing that stands in their way has any effect on them. If you want to have an alpha personality, you must feel it within yourself first. It won’t be easy, but if it was, everyone would be an alpha. There is an alpha inside everyone, hiding somewhere in the subconscious. All you need to do is awaken him, and bring him out.