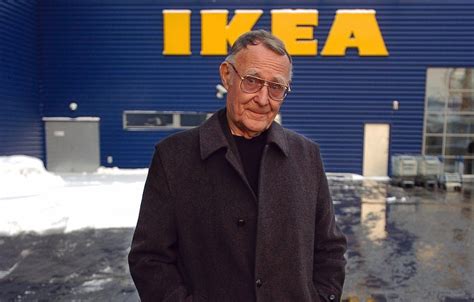 Feodor Ingvar Kamprad was born on 30 March 1926. He was a Swedish business magnate. He was the founder of IKEA, a multinational retail company specialising in furniture. 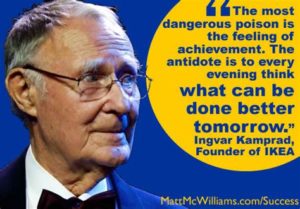 Kamprad started his business career when he was so young. He first started selling matches at the age of five. When he was seven he started selling matches to his neighbours by riding a bicycle. He found he could buy matches in bulk at a low cost from Stockholm. He sold them at a low price and made a good profit. From matches, he expanded his business to selling fish, ballpoint pens and pencils.

The Birth of IKEA:

In 1943, when he was 17, Kamprad founded IKEA in Sweden. The name IKEA takes its inspiration from his initials and the first letters of Elmtaryd and Agunnaryd. Those are names of the farm and village where he had grown up. He started selling replicas of his uncle Ernst’s kitchen table. After founding the company in 1943 as a mail-order sales business, the company began by selling a variety of goods. They included wallets, watches, jewellery and stockings. Then he expanded into furniture five years later.

Kamprad outgrew his ability to call on his customers individually. Then he converted to a sort of makeshift mail order operation. He hired a local milk van to make his deliveries.

“The Greatest Mistake of My Life”:

During his teens, Kamprad attended some Nazi meetings. In 1994, Kamprad said, “This is part of my life I regret. After a couple of meetings in pure Nazi style, I quit.” In a letter to employees titled “The Greatest Mistake of My Life”, he asked forgiveness. He devoted two chapters to it in his 1998 book, The History of IKEA.

After its publication, he said, “Now I have told all I can. Can one ever get forgiveness for such stupidity?”

Furniture as the main Focus:

In 1947, Kamprad introduced furniture into the IKEA product line. The use of local manufacturers allowed him to keep his costs down. The furniture was a hit, and in 1951, Kamprad decided to stop all other product lines and focus on furniture. In 1953, the first IKEA showroom opened. IKEA was in a price war with its main competitor. The showroom allowed people to see it, touch it, feel it, and be sure of the quality before buying.

Competition that led to Innovation:

IKEA became famous worldwide for its innovative and stylish designs. Almost all IKEA products were designed for flat packaging, which reduced shipping costs. It minimized transport damage and increased store inventory capacity. It was easier for customers to take furniture home themselves, rather than needing delivery. This innovation is now viewed as a great customer experience. This helped them to buy furniture without any delivery fees. But the original reason for it was competitive pressure from IKEA’s competitors to their suppliers. They actually boycotted IKEA, forcing IKEA to do it themselves!

Kamprad’s vision has been the driving force behind IKEA’s success. It hires its own designers, who are experts in the field. Kamprad believes that the company not only exists to improve people’s lives. It is also to improve the people themselves. The self-service store design and ease of assembly of furniture made buying easier. This vision is reinforced in their advertising and catalogue, as well. 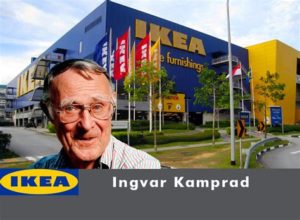 Kamprad has been shrewd in creating IKEA’s organizational structure. It is owned ultimately by a Dutch trust controlled by the Kamprad family, with various holding companies handling different aspects of IKEA’s operations, such as franchising, manufacturing and distribution.

IKEA even has an investment banking arm. Kamprad has repeatedly resisted pressure to take the company public, feeling that it would slow their decision-making processes that have allowed their phenomenal growth over the decades.

Today, IKEA is one of the world’s best furniture showroom. Thanks to Ingvar Kamprad for making furnishing an art. This great man passed away recently on January 27,2018. But his work and contribution to the field of furniture will always be cherished. 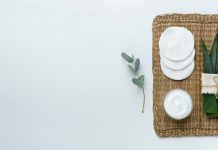 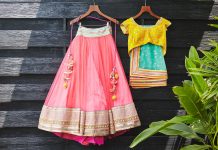 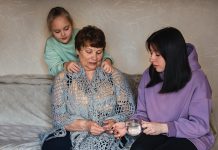