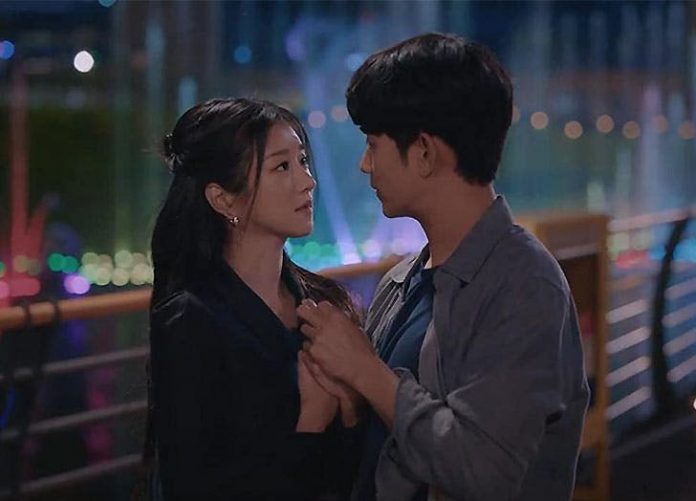 It’s okay not to be okay

Hands down one of the best Kdramas you’ll ever watch as the 16 episodes are a blend of every genre possible namely thriller, psych, fantasy, romance, mystery, suspense .etc. It beautifully addresses mental issues and the power of healing along with the relationship between the characters who crave love and heal each other. Every character has a different story to tell, whether it is the autistic leading characters coping up with their childhood traumas or turning a fairytale into reality. Moreover, the modish clothes and alluring animation make you intrigued to binge-watch. To sum up, each one of us must watch this one and once you start watching Kim Soo-Hyun, there’s no turning back.

Legend of the Blue Sea

Where to watch? Rakuten Viki, Netflix

You must be acquainted with the Lee Min Ho fanbase, whether you are into k-dramas or not. With his exquisite looks and flattering personality, he is every girl’s Oppa. Legend of the Blue Sea is another blockbuster by the makers of My Love from the Star. It is yet another unique k-drama starring the past and contemporary lives of a mermaid and his long-lost lover parallelly. The humor queen, Jun Ji Hyun would make your stomach ache with her comic timing and mermaid antics. The plot revolves around the lead characters and their incarnations. The chemistry between the two sizzles when they protect each other in different ways and the mermaid kisses Lee Min Ho to save his life. However, saving lives comes with a consequence. Watch this top-notch k-drama to know more.

Crash Landing on You

One of the top-rated and record-breaking k-dramas spins around a prosperous and efficacious businesswoman who takes over her father’s business. Prior to the official announcement, Se-ri decides to give a shot to paragliding and gets encountered with an abrupt tornado which blows her to the Korean Demilitarized Zone in North Korea and that’s where she meets Captain Ri Jeong-Hyeok. Consequently, the army officer opts to shroud her to escape the mishap. It is a blend of light-hearted humor as well as sorrow that leaves us in amusement and aww simultaneously. Though it is not actually filmed in North Korea, it flawlessly depicts the life and township. Each episode ends with a cliffhanger and astonishes us with an extraordinary direction and cast.

Unlike most of the popular k-dramas, Vincenzo is an action-based k-drama and the best among the lot. Firstly, the cinematography and the computer graphics are extremely commendable as the Italian scenes were actually shot in Korea, but that is quite hard to identify. The storytelling, comic timing, suspense, and thriller live up to the expectations of the viewers. The plot revolves around a Korean-Italian mafia named Vincenzo Cassano played well by Song Joong Ki and his fellow lawyer, Hong Cha-Young who adds a flash of humor to the drama. They fight against the drug dealer clan, the Babel Group, and are bolstered by the bumbling tenants of the Guemga Plaza. It is extremely intriguing to find the real CEO of the Babel Group. Watch this latest drama to find out.

Where to watch? Hulu, Netflix

If you are a fan of k-dramas, you must be aware of the hype created by this one. Well, it is surely worth the hype as the story is unique, captivating, and well-written. It is a light-hearted rom-com that is known to have beautiful chemistry between the leads. As the name suggests, the viewers assume some hardship faced by Secretary Kim. However, she has been assisting the Vice Chairman, Lee Young Joon for years and the title has been based on the question as to what’s wrong with her that she’s resigning from working for the best company she could long for. This incident marks the beginning of a love story between the leads. The supporting actors along with the child artists are well appreciated for spicing up things and making the drama all the more realistic.

Where to watch? Rakuten Viki, Viu

True beauty teaches us a heartfelt lesson about self-love, despite imperfections. It makes you sob and smile at the same time, and that’s the beauty of this drama. Lim Ju-Kyun is shaky about her looks and is often bullied by the people around her. Amidst her miserable life, she gets to meet someone who teaches her about the true beauty within her. It teaches that you will eventually meet people who will love you the way you are and the bullies won’t matter anymore. The plot then revolves around her transformation with a blend of humor, romance, heartbreak, and unraveling secrets. You can’t resist but binge-watch this one to unveil the mysterious relationship between the leads.

My Love From the Star

This award-winning k-drama revolves around a unique plot wherein an alluring alien named Do Min-Joon ship lands on Earth. He keeps running into a popular actress who gets trolled for her dumbness and apparently they have a past connection. Soon, their arguments start turning into a romantic bond, a bond so strong that he saves her from every mishap. Being a know-it-all, Do Min is a strict professor while Song-Yi is a cheerful and humourous actress. It is interesting to watch their brewing chemistry along with love triangles. However, the end of his time on Earth is near. How would Song-Yi react as soon as she gets to know about his secret? Will she reunite with her?

The Heirs which is also known as The Inheritors is a South Korean drama starring the real-life couple Lee Min Ho as Kim Tan and Park Shin-Hye as Cha Eun-Sang. It involves a family drama constituting various actors besides the leads. The plot spins around the heir of a huge business conglomerate who is wealthy, yet lonely. He faces hardships as he cannot be open about his biological mother and gets his marriage fixed at a tender age due to his family business. However, his life takes a beautiful turn when he meets Cha Eun- Sang who faces financial issues. . The second lead who is Kim Tan’s enemy, eventually falls in love with Eun Sang and makes things complicated. Destiny keeps them united even after getting opposed by almost everyone. So, watch this one to entangle the complications.