They say the best comes from the best. This particularly applies to the best guitars in the world. Guitars are one of the most popular and loved instruments of the world. And while choosing one for yourself, you want it to be from the top makers of this instrument.
These brands have been in the business for a lot of time and are leading experts in guitar-making. The quality they provide is unmatched by any other brand…
However, the more beautiful guitars they make, the more pricey they get! But in order to get premium quality, you need to pay a hefty price. It’s a direct relationship..
But for beginners, i would recommend to invest in a slightly lower and cheaper model and then subsequently increase your budget and save up for a premium one as your skills develop and you gain experience in the art.

Talking about the brands, their guitars are used and recommended by legendary guitar players like Eric Clapton, Jimi Hendrix, Slash, Don Felder, BB King..etc..
These were the most influential guitar players ever and their choice could never be wrong..

So here are the top 10 best guitar brands in the world :

Ahh! the makers of the all time favorite Stratocaster! The Stratocaster models were widely used by Jimi Hendrix, Eric Clapton, Rory Gallagher. The American strings manufacturer was also the creator of the Telecaster. The Fender Telecaster is one of the best electric guitar models ever. With its rich tone and bright sound, it is truly an experience to own one of these. Fender was originally a radio technicians company, founded in 1938. Slowly making its transition to manufacturing stringed instruments, it became a giant in the industry.
However, these guitars do come with a high cost, quite literally. But Fender also makes affordable premium guitars with extraordinary quality. Making it a true pioneer of guitars in this era.

Check out some guitars by Fender :

An American guitar manufacturer, Gibson is a brand associated with extremely high quality guitars. Based out of Nashville, this company has been in business since 1894. Home to the famous Les Paul, the highly acclaimed guitar, Gibson has provided to various legendary musicians like Jimmy Page, Slash, Bob Marley, etc. Although in recent times, the company is suffering due to declining business, it is still a brand you can trust with your eyes closed.Beware of the high costs though.Here are some guitars by Gibson you can look out for :

C. F. Martin & Co.® has been Inspiring Musicians Worldwide® for nearly two centuries with their superior guitar and string products. Martin guitars and strings remain the choice for musicians around the world for their unrivaled quality, craftsmanship, and tone. Throughout the company’s long history, Martin products can be seen and heard across all genres of music and in all segments of pop culture, from concert and theater stages to television and movies.The list of Martin players includes such legends as Elvis Presley, Paul McCartney, Eric Clapton, John Mayer and countless others.
Here are some guitars by Martin you can look out for :

Epiphone is one of American’s oldest and most revered instrument makers. The name Epiphone evokes both history and the spirit of invention. The story behind Epiphone’s improbable rise from a small family repair shop to a worldwide leader in the manufacture of quality instruments could easily be transformed into the great American novel.Jazz greats like George Van Eps, country pioneers like Hank Garland, bluesman John Lee Hooker, and scores of mandolin, archtop and steel guitar players used Epiphone instruments.The Beatles’ bassist extraordinaire Paul McCartney choose an Epiphone Casino as his first American made guitar.
Here are some guitars by Epiphone you can look out for :

Ibanez  is a Japanese guitar brand owned by Hoshino Gakki.As of 2017 they marketed nearly 165 models of bass guitar, 130 acoustic guitars, and more than 300 electric guitars. It was one of the first  Japanese musical instrument companies to gain a significant foothold in import guitar sales in the United States and Europe, as well as the first brand of guitars to mass-produce the seven-string guitar and eight-string guitar.People like Paul Gilbert, Steve Vai and Joe Satriani played Ibanez guitars.Here are some guitars by Ibanez you can look out for :

Taylor Guitars was founded in 1974 by Bob Taylor and Kurt Listug, and has grown into the leading global builder of premium acoustic guitars. Renowned for blending modern, innovative manufacturing techniques with a master craftsman’s attention to detail, Taylor acoustic guitars are widely considered among the best-sounding and easiest to play in the world.The company is a pioneer in the use of computer mills, lasers and other high-tech tools and proprietary machinery, and today, Bob Taylor is widely recognized throughout the musical instrument industry as the visionary acoustic guitar manufacturer.Here are some guitars by Taylor you can look out for :

Since 1887, when it began producing reed organs, the Yamaha Corporation in Japan (then Nippon Gakki Co., Ltd.) has grown to become the world’s largest manufacturer of a full line of musical instruments.Its products and services are recognized the world over for superior quality in acoustics, design, technology, craftsmanship, and customer oriented services. These products and services under the brand name of Yamaha are highly regarded by a large number of professionals, institutions, business people within the related industries, and consumers. Famous guitarists like Bob Dylan and Bob Marleyplayed a Yamaha guitar.Here are some guitars by Yamaha you can look for.

Jackson is a manufacturer of electric guitars and electric bass guitars that bears the name of its founder, Grover Jackson. Owned by the Fender Musical Instruments Corporation, Jackson has manufacturing facilities in the US, Mexico, Indonesia, and China.From the earliest beginnings until the present day, Jackson guitars are known for theirslender, elegant designs, and feature aggressive motifs popular with hard rock and metal musicians.Jackson also trademarked its ‘shark fin’ inlays, which inspired other famous guitar companies such as Ibanez to follow suit with similar designs.Here are some guitars by Jackson you can look for.

In 1982 Robert Godin produced the first Seagull guitars . The concept for the Seagull guitar was to take the essential components of the best hand-crafted guitars  and build these features into guitars that could be priced within the reach of working musicians.All of the Seagull guitars are made in Canada from start to finish, by sustainably sourced wood from their own backyard in a controlled manner.Here are some guitars by Seagull you can look for.

Located in Stevensville, Maryland, Paul Reed Smith Guitars is one of the world’s premier guitar and amplifier manufacturers. Guitar and amplifier building are very personal things there, as most of them are dedicated players, refining their craft as builders, musicians, and artists of all kinds. Their deep commitment to the craft and their culture of quality are what drives PRS in the workplace and the marketplace.Here are some guitars by PRS you can look for.

SO THESE WERE THE TOP 10 BEST GUITAR BRANDS RECOMMENDED AND PREFERRED BY EVERY PROFESSIONAL GUITARIST IN THE WORLD.
HOPE YOU FOUND IT USEFUL. 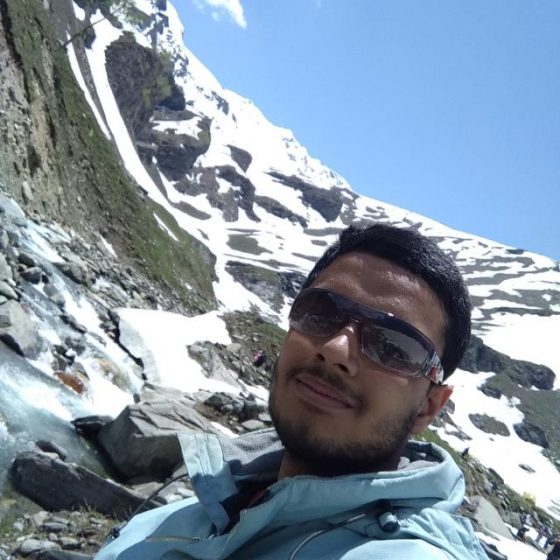 Aditya
I am currently pursuing B.Tech. from NSUT in New Delhi. I love to read books, play sports and play guitar.