Who isn’t curious about the unknown? We have all grown up listening to scary stories from our friends and siblings about the things we know so little about. Whether you believe in the existence of ghosts or simply deny it, watching a good horror movie still gives us the creeps!

After all, nothing says movie night as a protective pillow castle, a gory movie with jump scares and your wild imagination!

If you’re someone who loves good storylines with a paranormal twist, here’s an amazing list to binge-watch during the lockdown!

Top 13 Horror Movies To Binge-Watch During The Pandemic!

Annihilation is not a classic horror movie with jump scares and crazy monsters, it’s something more complex, it’s a science fiction horror movie, where a former soldier played by Natalie Portman goes to Area X to find out what happened to her husband. Well, the catch is Area X has a shimmer, a sinister thing that is destroying and expanding at the American coastline. What exactly it is and what happened is something you have to discover for yourself!

The Shining is based on the novel of the same name by Stephen King and is one of the best pieces of cinematography out there.

It is a psychological horror based on a family who goes to a hotel with a terrible past where jack starts losing his sanity or maybe it’s something else that’s changing him. The whole movie has a creepy vibe surrounding it which makes it just unsettling. If you love reading between the lines or are into really good cinematography this one’s perfect for you.

Midsommar a masterpiece directed by Ari Aster has so many details and is an experience that you’ll keep on interpreting till the very last minutes. There are only two options, either you’ll smile or you’ll wonder what it all meant. Midsommar is a horror story based on a cult that poses to be harmless in the start but has its strange and creepy practices. A couple visits the midsommar festival and ends up experiencing something beautiful and gruesome at the same time.

If you’re not into intense horror, this one’s perfect for you. It’s a horror-comedy based on Cole’s experience. When his parents hire a babysitter (who is hot!) Cole bonds with her only to discover that she’s part of a satanic cult. What happens next is a comedic and horrific turn of events that will make you braced to your seats. I’ll recommend not watching the sequel though. (Not that good!)

5. The Exorcism of Emily Rose!

This is one of the movies that made the audience choose sides. Based on a true story about Anneliese Michel, a German woman who the doctors claimed had epilepsy while the priests claimed to had been possessed by the devil himself makes it more horrifyingly real. The real audio recordings of Exorcism are still on the internet which makes the experience more creepy. Was it the devil or was it her disease that led to the strange events is still unexplored. If you watch it, let me know your interpretation in the comments!

A masterpiece that remains etched in our minds forever, that’s tumbbad for you in short. The movie is a period drama based on a mythological story of a goddess and her firstborn. When a family falls for the cursed wealth and start worshipping Hastar the monster, things take a very ugly turn, because everything has a price. Driven by greed, this movie has everything in it, strong emotions, horror, jump scares and even a message. I found the first half extremely scary!

Who hasn’t watched this classic horror movie that is probably the most loved in its genre? If you haven’t, you probably should. The story is based on a family which is possessed by a demon. The cinematography, the storyline, the horror elements are way ahead of their time. You’ll love the experience of classic horror with this one!

Based on the novel “Ringu” by Koji Suzuki, it’s one of the movies that will keep you hooked to the screen. The story revolves around a tape that contains weird images and videos that once watched, lead to a creepy phone call foretelling the person’s death in just 7 days. The methods of death and the story behind the tape is interesting and scary to watch. I hope you don’t get a call while watching this movie!

Also read 15 meaningful short films that you can binge on YouTube right now!

If you love movies with scary dolls, the boy is one such movie but with a sinister twist!

The story revolves around Greta who accepts the job of a nanny in a gothic storylike house but to her surprise, the boy isn’t a real boy (or is it?) The couple treats the doll as a boy and had strict institutions to be followed while taking care of him. Once they leave Greta with the boy and went on a vacation, things take a creepy turn and the doll comes alive. What makes the movie worth watching are the jump scares and the twist at the end.

After the death of their close friend, four friends go for a hike in the Scandinavian wilderness where they reflect on their held emotions only to encounter something sinister. One wrong turn leads them to a mysterious forest where an ancient evil awaits them. The feeling of escaping makes your adrenaline rush, and the fear of the unknown along with the curiosity keeps you glued to the screen. Will they survive a force so evil or will they become part of the ritual?

One of the must-watch films based on 19th-century Bengal and a story about a chudail, bulbbul has a strong storyline along with perfect music and a red aesthetic to symbolise the horrors. The story is based on a girl married off at a young age, always smiling as she grew up and fulfilled responsibilities as her husband left. Haunted by her past trauma, she has a secret within, meanwhile, there is news of abusive men in the village dying. The story behind the deaths is something worth watching. The story also has a lot of feminist views along with a strong message which makes you think if the real monsters are disguised as humans everywhere.

Based on the novel of the same name by Stephen King, IT revolves around Pennywise the clown who takes the form of your worst nightmares. Pennywise has only one goal to torment children and to feed on them. Can the group of seven children with their fears defeat an ancient evil who feeds off of it?

It also has a second part and it’s worth watching!

The Nun revolves around the unholy secrets of the order. When a priest and a novitiate are sent to investigate a nun’s suicide, the story becomes more intense revealing a demonic nun. The storyline along with the setting makes it creepy. Overall it’s a good watch if you love classy movies with jump scares.

Ready for the binge-watch? Get your popcorn ready, a hand (or a pillow to hold) and get ready to immerse into the world of nightmares. I hope you get the chills while watching these! 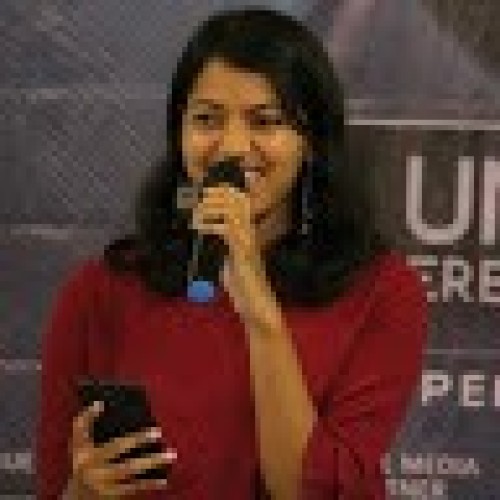 Anjali Jain
Fall in love with my words, stars and a little more with yourself everyday. a dentist by day and writer by night!