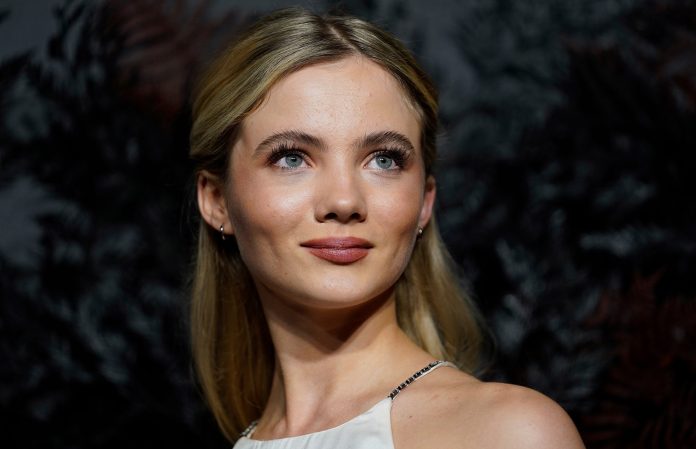 Remember The Witcher? Feels like an eon ago now. Well here’s a reality check. The Witcher TV series released in December of 2019, simply six months back. With the quarantine and everything else that has happened, it feels like a solid year has passed since the Witcher released. And I’m sure all of you sorely miss your favorite leading ladies. And of course Henry Cavill. But today, we aren’t here to talk about him. We are here today to talk about the chirpy, yet mysterious princess Cirilla of Cinta a.k.a Freya Allen.

There is not much known about the young actress as of now. She was born in September of 2001, which makes her 19 years old now. She was born and brought up in Oxfordshire, England. Her early education took place at Headington School in Oxford. Did you know this was the same school Emma Watson studied in? Freya picked up her passion for the arts from here and carried it into her secondary education.

Freya continued her artistic education at the National Film and Television School in Beaconsfield, in Buckinghamshire. It was here that her real career would begin. As part of her studies, maybe as an assignment, she acted in two short films Bluebird and The Christmas Tree. While the movies didn’t really amount to much, Freya’s fire for acting had been lit. She continued her studies well into college and she studied at the Arts University Bournemouth. It was at this arts university that she played the part of Linda in the short film Captain Fierce.

Captain Fierce is a short yet really sweet film of two teenagers Danny and Linda. Linda is played by Freya Allan. Danny and Linda, a.k.a Freya are friends whose families live quite far away from each other. Linda’s family keeps coming to Danny’s village once an year, and during this time Danny and Linda try to spend all the time they can with each other. One of these visits, they find an abandoned boat and decide to fix it. Their thoughts are that if they make a good enough boat, they can run away together.

The story progresses from their work on the boat to the both of them attending a carnival together. Linda comments that she likes the carnival, because it comes only once an year. She tries to convey to Danny that the reason she likes the carnival and continues to be fascinated by it is because it comes ONLY once an year. And that her and Danny’s relationship is the same. The reason they like each other is because they get to meet only once an year. And Danny seems to understand, because when Linda leaves the next day without morning, he only smiles.

This is by far one of Freya’s best known works in a short film. Of course, she was destined to go on and have her breakthrough somewhere else.

Other than the first three short films Bluebird, Christmas Tree and Captain Fierce, Freya didn’t really have any notable works till 2018. She was simply seventeen years old then and it is understandable. However, no one could have predicted her change in fate next.

After a few minor stints into TV series like Into The Badlands and horror series The War of The Worlds she moved onto her breakthrough work, The Witcher.

Also Read: The Story of Tiktok – From Rags to Riches.

The Witcher is a 2019 adaptation of hit book and video game series of the same name. The story is of a Witcher, a half-human, half-monster who kills other monsters to keep human beings safe. Henry Cavill plays The Witcher and he goes by the name Geralt of Rivia. How exactly does Freya Allan feature into all this you ask? Freya Allan plays the role of princess Cirilla of Cintra. Due to a mishap on the part of Geralt, the lives of Cirilla and Geralt are inexplicably tied together.

While in the TV show, the episodes take a more non-linear storytelling form, as the show progresses, it becomes clearer. We come to know that Geralt is simply wandering the lands, looking for monsters to kill. On the way, he goes through the kingdom of Cintra and manages to make a life pact with unborn Cirilla’s mother. He ends up vowing to take care of her and to be part of her destiny. Queen Calanthe, Cirilla’s grandmother, exiles him, never to return.

However, 20 years after the incident, an enemy kingdom, Nilfgard annexes Cintra and manages to kill Queen Calanthe. Cirilla escapes. Before she does so, however, her grandmother tells her to find Geralt. And from there begins the story of Geralt and Cirilla pursuing their destinies to find each other.

Freya’s Thoughts on The Witcher

Following the release of The Witcher, Vanity Fair conducted an interview with the two female protagonists of the show, Freya Allan and Anya Chalotra. Freya plays princess Cirilla and Anya plays Yennefer of Vengerberg. When asked about their roles, Freya commented that she hadn’t really read the books but knew that Cirilla was an amazing fighter.

She realized that while the first season didn’t really have much of her fighting scenes, she hopes the second season will. Her comradrie with co-star Anya is fun to watch, and they almost remind us of Sophie Turner and Maisie Williams. Freya commented that they both often depended on each other and their characters for strength.

We can’t wait to see Freya on screen with the release of Witcher 2. This young actress has miles to go and it is truly a delight to be at the beginning of it. We hope that with the release of the second season of Witcher, we see more of her and we truly see some fighting scenes from her. Freya Allan is only to star in Witcher 2 next and doesn’t have any works lined up after that.