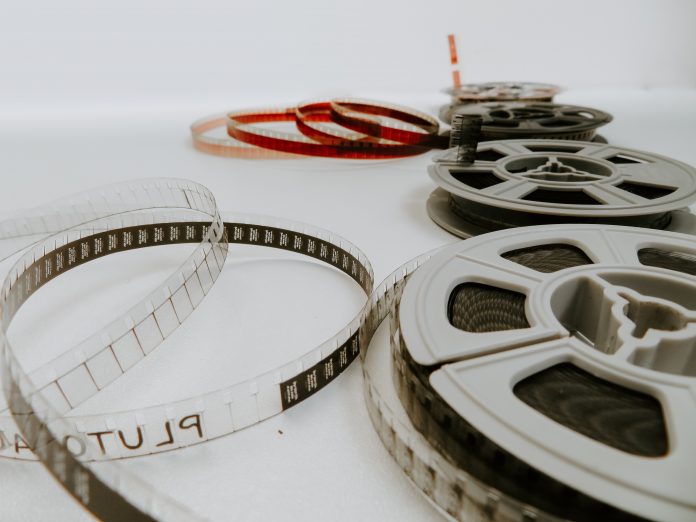 Philosophy as a discipline has always mesmerized people with its charm and secrets. It takes you into the world of new possibilities and tells you things you never knew existed. The same goes with movies, movies take you into someone else’s world makes you feel new things, takes you to new places around the globe and, back in time with a screen in front of you.

What better combination than of Philosophy and movies. Philosophy is considered to be a tough one to get through but these movies would not just entertain you but leave you with a feeling like Alice in Wonderland.

Before we dive into the list, things you should know is that these movies need a lot of pondering, some plots might seem simple but powerful and others might feel perplexing and uncomfortable but they will surely get you to question the complexities of life.

We all have watched this movie, If not watched you must have heard about it. This fantasy drama surrounds the life of a young man, a disaster, a friendship, and a journey for survival.  Directed by Ang Lee. It is an adaptation of a Man booker prize-winning novel by the same name, written by Yann Martel.

The story is set in the ’70s in Pondicherry a coastal state in India. The movie begins with a conversation between a writer visiting the Indian storyteller Pi Patel who is the protagonist. The writer asks Pi to narrate his story of life. Pi played by the late Irrfan Khan starts to begin with his childhood struggles.

The main theme of the movie comes into the picture when Pi and his family are met with a sea storm during their migration to Canada followed by shipwrecking. The saddest part is the ship sunk leaving only Pi and his friend Richard Parkour alive. This is where survival knocks in, the struggle of Pi is followed by the discovery and then peace. Suggesting that suffering so profound is momentary. Loss of loved ones and the struggle of surviving in the middle of nowhere might make you feel uncomfortable. But calm is constant throughout the whole movie.

Life of Pi is a must watch with various themes at play, it has something for everyone.

Released in 2009 this Jared Leto starter movie is an amalgamation of romance, drama, and fantasy. This movie is weirdly smooth, like a dream state. Jared Leta plays the character of Nemo. This movie also begins as Nemo is narrative his experience to the reporter. The theme here is immortality. In this world, people don’t die but Nemo is an exception he is the last mortal in this world. Nemo remembers his time in stages interestingly linked with something traumatic or rather special.

The movie progresses as Nemo describes his life. This movie is a representation of your subconscious mind. Of all the possibilities one can imagine. This movie represents Nemo’s choices and how these choices shaped his life.

Directed and written by  Jaco Van Dormael, this movie will definitely make you think. As weird as it might seem this movie is visually appealing and gripping.

This movie is groundbreaking not just because of the storyline but also because of the conviction of the director and the cast. This movie is filmed over a period of 12 years with the same caste. This movie is a trip into Mason Jr’s life. You see him grow from a 6-year-old to a young adult. Obviously, he doesn’t have a usual happy childhood but rather a traumatic one. From divorced parents to abusive step-parents.

Boyhood has a charm to it, even if one is not aware of the 12-year period that is movie was filmed in one can surely feel the continuity and understand the mind of a young adult. How a child grows up into being a new person and how incidents shape them. Directed by Richard Linklater this movie should be next on your list.

It is a Polish movie based on the life of a young novice nun named Anna. Directed by Paweł Pawlikowski. Anna is about to take her vows and commit to the life of a nun. But she is asked to visit her only living relative, her aunt. This aunt of hers tells her about her childhood and her parents, she also tries to influence her into living the world of sin.

As Anna later revealed that her real nm is Ida lives with her aunt for a few days she goes on to meet guy and her life changes, not abruptly.  And this is the catch here, the movie flows so beautifully that minute changes are impactful only to the one with all ears. This movie focuses on a critical aspect of the monotony of life.

A psychological thriller at its base is about a man who has developed anterograde amnesia (the inability to form new memories) and has short-term memory loss approximately every fifteen minutes due to an injury. This plot might seem pretty similar to a Bollywood movie Gajini. Bu this movie is the original work the plot is similar. But has a lot of underlying themes and brilliant cinematography.

Directed by Christopher Nolan, this movie depicts helplessness and perseverance. As the protagonist struggles with illness he is determined to get hold of his wife’s killers. And he retains memory through polaroids.

Came out in 2011 directed by  Lars von Trier, this movie is based on the uncertainty of life and acceptance of it. There is so much to take away from this film, it connects directly to a viewer and one can have a personal interpretation of it. The storyline can be a little tricky to explain, but to narrow it down, we can say that is a science drama. But mind you not your usual sci-fi.

The title of the movie perfectly represents the core idea of it. Melancholia is indeed a film that you must watch. The story in the movie is as intriguing as its making.

Starring Jim Carrey,  directed by Peter Weir. This sci-fi comedy-drama unusually fits into these categories. Trueman’s life is a lie, he is an insurance salesman who discovers that his whole life is a reality TV show.

He is unaware of this fact but is soon going to know, a shock awaits him. He no more knows what’s true and what’s false. This story represents the falsity of the world, the beautiful front this world holds, and the reality that is far fetched.

It is a 1994 drama film directed by Frank Darabont, based on the 1982 Stephen King novella Rita Hayworth and Shawshank Redemption. It tells the story of banker Andy Dufresne played by Tim Robbins, who is sentenced to life in Shawshank State Penitentiary for the murders of his wife and her lover, despite his claims of innocence. Over the following two decades, he befriends a fellow prisoner, contraband smuggler Ellis “Red” Redding played by Morgan Freeman, and becomes instrumental in a money-laundering operation.

“Get busy living, or get busy dying, well said by Morgan Freeman. This movie is said to be a true representation of Existentialism. That existence precedes everything what a man chooses to do shapes his life.

Eternal Sunshine of the Spotless Mind

A 2004 American science fiction romantic drama film written by Charlie Kaufman and directed by Michel Gondry.  A story of a rather strange couple,  Joel and Clementine. They meet on a train ride, this might seem a common idea but as the movie unfolds you will realize how everything is symbolic. Joel played by Jim carry is a shy, introverted and heartbroken man. Clementine just as her tangerine hair is bold, outspoken, and would not settle for less. This combination turned rather deadly. This movie is a true representation of how a relationship works, how two individuals come to settle, and be themselves at the same time.

Love in itself is a whole school of philosophy, the real deal lies in the actions that the couple performs and the desperation they find themselves in.

This is not your conventional love story, it depicts the harsh reality and ignorance of human minds. How being indecisive can make you lose the love of your life.

The ship of Theseus

This 2012 Indie-Drama, is truly a masterpiece. It touches on the most sensitive and core concepts of philosophy and life. Revolving around the life story of three people. This movie explores questions of identity, justice, beauty, meaning, and death through an experimental photographer, an ailing monk, and a young stockbroker. Ship of Theseus is a paradox, a thought experiment where a wrecked ship is replaced bit by bit, now the question that arises is the underlying theme of this move, Is it the same ship.

It might seem like a depicting of personal struggles of each but you might want to rather you would have to watch this movie over and again understand the themes at play and you will surely get something new each time.

We all like to watch a movie, we all have our preferred genre but some movies are not just stories but life lessons. All of these movies touch on various aspects of life may be something that concerns you or something that you never knew. This is the beauty of philosophy it exposes you to yourself. And leaves you amazed at the various possibilities that you can be.