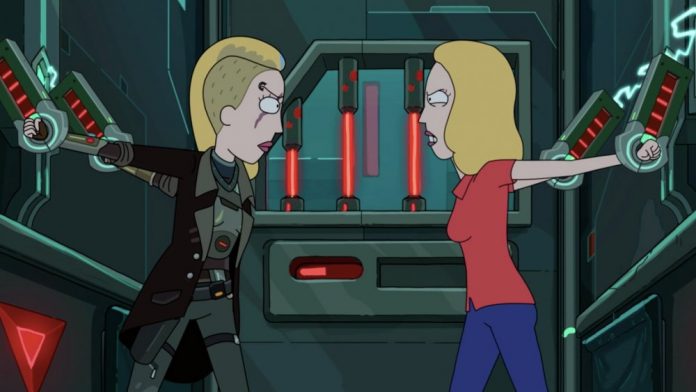 Another year, another season of Rick and Morty done and dusted. With times passing, the evolution of animation to suit the standards of adults has ventured out of just anime and into mainstream art. Not only Disney, Pixar or the other animation giants. You see small productions coming out with cynical, realistic and yet surreal TV shows, all neatly packaged into one animated box. Rick and Morty, Bojack Horseman, these TV shows have given us more of an existential crisis than actual live-action roles themselves. And today we delve into the latest season of fan favourite TV show Rick and Morty. Beware of all the spoilers.

Everything Is The Same, But Not Quite.

Season 4 of Rick and Morty first aired in November of 2019. Feels like a long time back now doesn’t it? As is with all Rick and Morty episodes, the new season was bizarre, cynical and yet refreshing. The story in the first half of the season, that is, the first five episodes, hasn’t seemed to change. Rick is the same Rick and Morty is the same too. Morty and Summer have been getting more and more comfortable in their roles as Rick’s adventure companions. You even notice that Morty’s stutter and hesitation have reduced dramatically.

The first few episodes of Rick and Morty feel more like filler episodes. Delving on each member of the family except for Beth, the season seems quite a bit lack-lustre compared to the previous ones. The show takes a lot of time to poke fun at Jerry’s expense. He is the comic relief for this season’s episodes. And that gets you thinking if there is something heavy-handed the creators have planned for us.

Episodes One to Five Simply Feel Like Fillers, With Some Cry-Worthy Ones Wedged in Between.

This year, Rick and Morty chose to break their season up into two parts. While the first five episodes were released in the November to January period of 2019-20, the rest were released from mid-May through June of 2020. What started as a lacklustre season, suddenly picks up the pace to release bombs after bombs of episodes. However, I’d be remiss in mentioning one of the best scenes in the earlier episodes.

The Old Man and The Seat. The episode is three different levels of messed up, with barely anything making sense. And yet, through it, you manage to sympathise with Jerry and his need for someone, anyone to love him. You cry for Rick and the death of his unlikely friend. You especially cry for a feeling we all seem to understand now: the loss of control. We see how Rick and his nemesis a.k.a Tony both cling to the act of pooping privately in their safe space as it remains the only place they feel in control again. With 2020 being the way it is, I am sure a lot of you feel the same.

Also read: Lucifer Season 5: Everything We Know So Far.

Episodes Five to Ten of Rick and Morty Pick Up The Pace.

Now back to the next half of the season. Episode Five was a great way to kickstart part two of the season. With its constant metaphors and its idiosyncratic poking at the narrative of the story, the entire episode felt like a fourth wall break. I especially was interested in the requirement of the Bechdel test to break open the simulation. The episodes following are pretty funny and jarring in their way. One other episode that stands out is the one in which Rick fights God.

Rick is quite the poster child for a dysfunctional dad. We see it throughout the series. He was never there for his daughter Beth and is always wrecking up their lives by being there now. An eccentric genius, it is quite evident that Rick would never be the person who would fit in. He still manages to covet some of the friendships he makes with poopy butthole, and then Birdperson. While all the episodes follow the same narrative and maintain the continuity of Rick’s character, the final episode of the season takes it a step further.

As is with almost all Ricky and Morty seasons, this one too owes to go out with a bang. The story doesn’t begin as either Rick’s or Morty’s, which is a departure from the usual narrative. The story for the final episode begins with Beth. Clone Beth to be exact. Season Four of Rick and Morty has since the beginning given Beth complete reign over her life. Pushing her occupation to a sideline, it focuses on merely her as a person, brilliant and quite terrifying. The last episodes serve simply to amplify that. Clone Beth would be the same as Beth, just more badass and scary if that were possible. She is an assassin and does hit jobs across the universe.

At a medical checkpoint, she comes to know that she has been fitted with a tracer inside her body by her father Rick so that he could make sure to do damage control before she confronted actual Beth. She meets up with Earth Beth, and they both are confused over who is the real one and who is the clone. This is all between an alien federations endeavour to annihilate Earth, and it’s species on the whole. Birdperson is a foe, and Rick is unable to kill him due to his love for his friend when both Beths save the day and disable the settings on Birdperson’s mechanical automation system.

Also read: Paatal Lok – The Answers Are Not What You Think They Are.

The Nail in The Coffin.

After the entire ‘saving the galaxy’ crusade is over, both Beths seem to realize that it doesn’t matter who the real Beth is. Even both Morty and Summer are happy at having two moms, both indulging them in two different ways. Also, Jerry seems to be glad to see everything resolved and right at home. Everyone is happy and set except for one thing. All of them, the entire family, don’t care. They don’t want to know who the real Beth is. Used to the mishaps Rick commits, they have decided to ignore them, and by extension, him. They leave him alone to his garage where he unlocks a cabinet to reveal a machine containing his memories.

You see, even Rick himself didn’t know which one was Clone Beth. He plugs into the memory tube and goes back to the memory where he gives a choice to Beth; she could roam the galaxy, being the badass woman she wanted to be, with no responsibilities and no life on earth. Or she could simply stay home and be the Beth she was, brilliant and terrifying in her way. However, instead of making a choice, Beth hands the decision to Rick and makes him take an opportunity; which Beth does he want as a daughter. Indecisive, Rick creates a clone of Beth and then has them swapped around till he’d never be able to know which one is the clone.

He admits that he is a terrible father, and decides to find solace in his best friend Bird person but is aggressively rejected. Rick, in the end, is all alone.

The ending of the season isn’t abrupt; it isn’t inconclusive. There are no cliffhangers, and yet you hate it, for the melancholy and sadness you feel. The last episode of the season re-affirms that this show isn’t Rick and Morty’s, it is solely Rick’s. And being solely Rick is a very lonely place to be.

I am sure there shall be another season of Rick and Morty. I refuse to believe otherwise. Rick will probably make a fourth wall break in the final season of the show whenever it comes, and hint towards the end. And that’s when it will all finally culminate. Till then, keep watching, and enjoying the whole existential crisis that is Rick and Morty.

10 Tips to Add Spark to a Lockdown Wedding