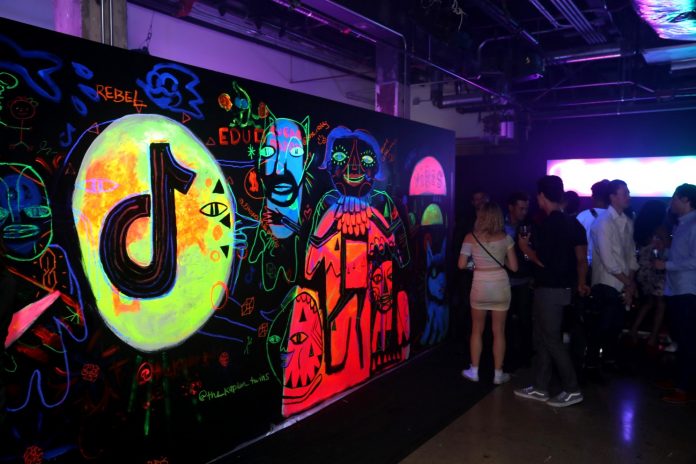 If you haven’t been living under a rock lately, chances are you have heard of TikTok. TikTok is a social media app dedicated to curating the youth culture. It has also become a strong contender to pre-existing social media giants such as Instagram, Facebook and Twitter. There are indications that TikTok may come to surpass these apps in terms of its reach and popularity quite soon. More and more people are taking to TikTok every day, and you can also see other apps like Instagram curating videos that have originated from TikTok. TikTok is also responsible for bringing the limelight on a lot of underrated music by independent artists and shooting them to fame. But how did it go from being a duplicate version of 2009’s discontinued app Vine to becoming a social media giant in its own right? Let’s find out.

A Brief History Of TikTok.

Tiktok isn’t an independent business venture like most social media apps, nor is it a pioneer like Facebook was. TikTok is a part of a much larger company established in China called ByteDance. ByteDance is the brainchild of thirty-five-year-old Zhang Yiming. It is a company that heavily utilizes artificial intelligence to curate and display content specific to viewership. It first began its venture by launching an online news service that employs the same methodology as TikTok. Soon after the creation of his news service, he utilized his artificial intelligence methods to create the now-viral app, TikTok.

Zhang Yiming now has a net worth of 16$ Billion. He has created his parent company ByteDance and then consecutively TikTok and Douyin, a Chinese version of the same app.  According to a recently launched digital report, he now boasts a viewership of 800 million monthly active users. This number has since gone up by 300 million in January 2020.

Also Read: Why Is Snapchat So Widely Used?

How Does TikTok Do It?

It is not uncommon for there to be different apps for social media across channels. There are bootleg versions of the same old apps trying to make it big. Then there are apps which have been continuously adapting and improving to fit the bill of the current viewership. Their journey has been that of years of content curation and development to have a cemented online presence. Then how did a company like TikTok, previously considered to be a bootleg version of 2009’s Vine, make it big? What strategy did they resort to?

Interaction. TikTok is less complicated than you think it might be. An unfortunate outcome of social media apps and sites such as Facebook and Instagram is the unattainability they create. Social media lives in Instagram feel too manufactured, too unreal to idealise anymore. Everyone is to put up their best, most glamorous face. Facebook exists because of a generation that failed to move out of the 2000’s version of social media. TikTok provides users with a more interactive interface between creator and customer.

The TikTok Strategy: The Machinations Behind TikTok.

TikTok employs a brilliant strategy that I have only seen once before in its entirety, ‘Customer is King’. Only one other company makes this their ultimate priority; Amazon. The multinational company drops to rock bottom standards just to provide customers with everything they need, on a silver platter. TikTok employs artificial intelligence to do the same. TikTok caters by monitoring user requirements and filling the gaps to bring them what they want without them searching for it. It forces creators to think up of new ways to garner viewership, and not just depend on a single stagnant post to do their work.

Why Does It Work?

If asked four months ago, TikTok would have been a cringy and exhausting app with a bootleg name that you would prefer not to be on. Right now? Not so much. With a significant amount of the younger population of Gen-Z’ers on there right now, TikTok is no longer the small app it used to be though it applies the same strategy. Why so?

A reason that social media has employed since it first started: user attention span. When Facebook first started, it was about making connections and showing people what their friends and acquaintances were up to. It was an excellent way to create a virtual community. However, as social media and means of entertainment expanded, attention spans shrunk.

It began with movies and TV shows. Then we had trailers to movies. Then Facebook’s long drawn out posts and later, Instagram’s visually appealing and instant posts and stories. Everything to meet our shrinking attention span. And TikTok used the same concept to exploit it further. You could call TikTok a tossup between Youtube and Vine. Ever since Vine, there were not many apps that made a lasting impression as TikTok is making right now.

TikTok was never shy about claiming its origins. Primarily from a pioneer in China, TikTok already posed a security threat. What with the minimal to no data security in China, people even now expect TikTok to follow the same trend of having no user data safety. It was indeed the case. While it was not specifically for malicious reasons, TikTok was recording and storing user preferences. It monitored your frequent searches and interests and kept parroting similar content to them. It was quite an ingenious method. However, it also posed a significant security threat: it could expose user preferences and even end up putting lives at risk. Your online footprint is unerasable and is present through every action you take. Initially masked and protected, with companies like ByteDance and Amazon, you are vulnerable now.

Users have accused TikTok of discrimination in the past. They noticed that despite following a personalized process to curating content, TikTok tended to remove videos of people deemed ‘ugly’. People of colour, Black people, people with disabilities were not featured on content pages and were intentionally hidden from users to provide for a more ‘glamorous’ look of the app. While the app’s administration has addressed concerns and in the wake of the BLM protest, apologized, they haven’t actively done anything to improve it.

TikTok is a good app. But like all social media, it must be taken with a grain of salt. Too much of anything isn’t right, and the indulgence in TikTok could encourage us to forget the origins of content. It threatens to reduce and demolish our attention span and our ability to create meaningful connections. It poses a significant threat to actual, time-consuming content creation, and we must work hard to protect it from TikTok.