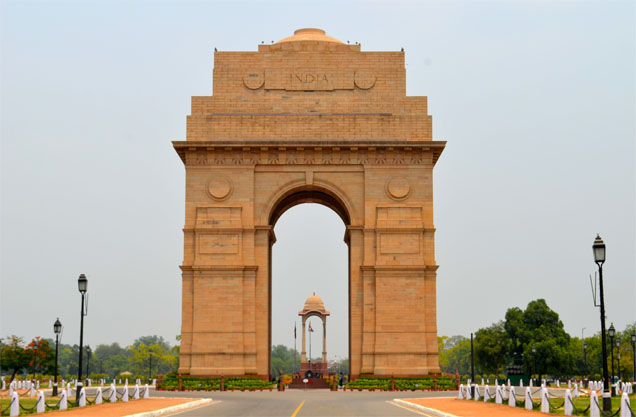 Delhi, being the capital city is a home to a lot of historical places.It is a massive metropolitan area in the country’s north.Delhi is more than just the capital and political epicenter of the country. One great love of the Mughals, this city blends modern with contemporary with surprising finesse. Art, culture, architecture,entertainment, fashion and, of course, politics—Delhi brings together all this and more. With an yearly footfall of crores of tourists that come lured by its charms, this city is a major attraction. Walking its dusty lanes is more like stepping inside the pages of a history book; do not miss.

List of 5 historical places one must visit in Delhi

The Tughlaqabad Fort was built by the founder of the Tughlaq Dynasty, Ghiyas-ud-din-Tughlaq in 1321. Established as the fifth historic city, the fort was later abandoned in 1327. The fort is a gigantic stone structure, with walls that are 10-15 metres high. Crowning the walls are battlement parapets and bastions. The fort-city of Tughlaqabad was supposed to have as many as 52 gates, out of which only 13 remain now. 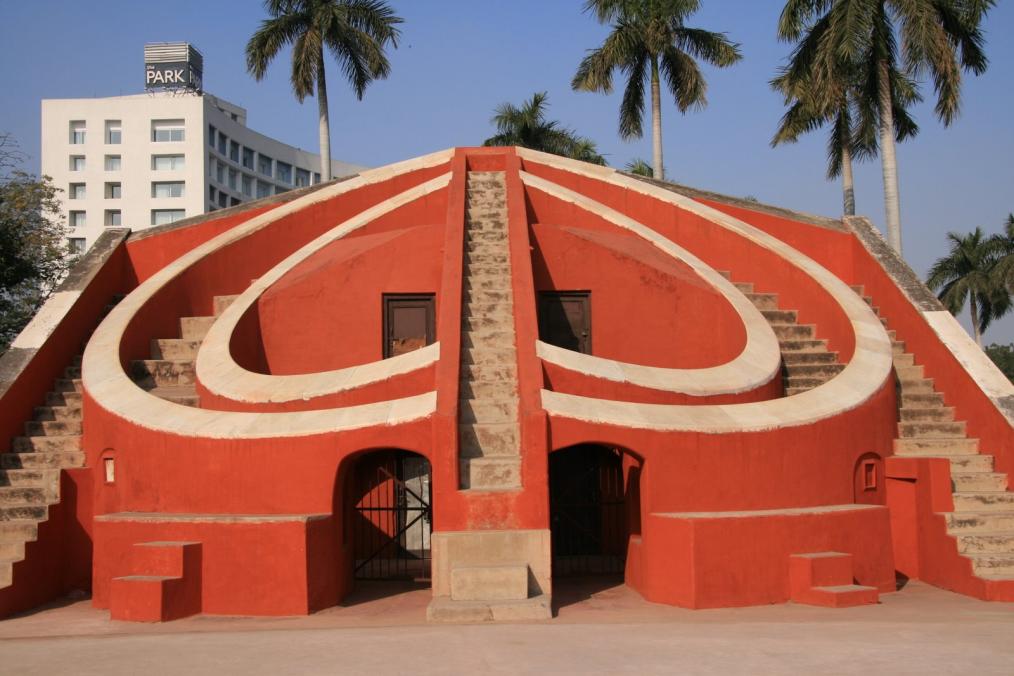 Jantar Mantar is a part of the modern city. Jantar mantar in Delhi is one of the five observatories built in 1724 by the Maharaja of Jaipur – Sawai Jai Singh II for the pursuit of scientific knowledge. A tour of Delhi would be incomplete without a look at this spectacular observatory that bears witness to the thirst for scientific knowledge in Indians from an early age. 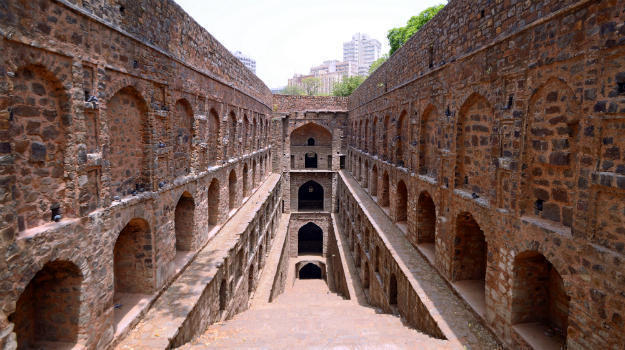 Agrasen ki Baoli, which is also known as Agar Sain ki Baoli or Ugrasen ki Baoli is a protected monument by  Archaeological Survey of India (ASI) under the Ancient Monuments and Archaeological Sites and Remains Act of 1958. This place gained even more popularity after the release of Aamir Khan’s PK as this historical place was featured in this movie.

n 1638 Shahjahan transferred his capital from Agra to Delhi and laid the foundations of Shahjahanabad, the seventh city of Delhi. It is enclosed by a rubble stone wall, with bastions, gates and wickets at intervals. Of its fourteen gates, the important ones are the Mori, Lahori, Ajmeri, Turkman, Kashmiri and Delhi gates, some of which have already been demolished. His famous citadel, the Lal-Qila, or the Red Fort, lying at the town’s northern end on the right bank or the Yamuna and south of Salimgarh, was begun in 1639 and completed after nine years. The Red Fort is different from the Agra fort and is better planned, because at its back lies the experience gained by Shahjahan at Agra, and because it was the work of one hand. India gate situated on the eastern side of Rajpath salutes the soldiers who sacrificed their lives during World War I. The India Gate permits the tourists to retrace the bravado of the Indian soldiers. The monument is now a major tourist spot in Delhi and a common picnic site for tourists and residents.The India gate was structured and designed by Edwin Lutyens in 1921.The foundation stone was laid by His Royal Highness – The Duke of Connaught. The India Gate was built to commemorate the British and Indian soldiers who died in the First World War and hundreds of soldiers who lost their lives in the Northwest Frontier, the Afghan war of 1919 and the Indo-Pak war in 1971.