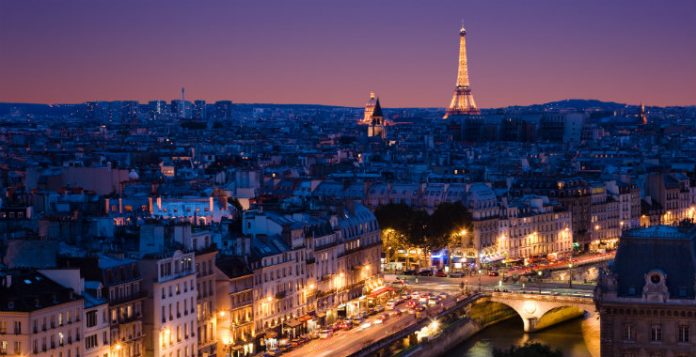 Paris, is known to be one of the most beautiful cities in the whole world. It is believed to be ‘the city of dreams’, ‘the city of love’ and ‘the city of romance‘. Located in the northern part of France, Paris is the historic, political and economic capital of France with a population of around 2.5 million. What makes it the dream city for many thoroughout the world is the fact that it is home to many historical monuments such as Notre Dame, the Eiffel tower (320m), Bastille, Louvre and many more. Much of the city was re-designed by Haussmann in the 19th century. The city with a population of around 2.5 billion people is divided into 20 “arrondissements” (districts) which are numbered 1 to 20. The river Seine divides the city into the Rive Gauche on the south and the Rive Droite on the north banks of the river. As history says, the historical name for the city is Parisii by the Gauls, however, the Romans arrived in 52 B.C. and changed the name to Lutetia.

It is not surprising that the city is the most visited tourist destination in the world, with over 45 million visitors annually. It is one of the most popular ‘honeymoon destinations’ as well. It is very easy to arrive in Paris with huge expectations of: grand vistas, budding writers in every cafe, romance on the Seine and rude waiters.

The city of love has seen 4 revolutions (to date), 18 kings named Louis and at least 2 occupying forces.

Paris is a awe inducing and picturesque dream destination. Spread over the banks of Seine River in Northern France, it stands out for being one of the most ‘dreamy metropolitan’ cities in the whole world. Its cityscape sparkles with iconic architecture of historical monuments and vintage palaces, art museums, cathedrals, expansive landscaped gardens, and stylish shopping hubs. The fascinating points of interests, defining the timeless beauty of Paris, dazzle a frequent visitor as much as they amaze a first-timer. It is because of all these spectacular places to visit in Paris that it is considered to be one of the most beautiful places on the face of the planet. A visit to Paris can give you a whole new travel experience. As mentioned earlier, it is a dream destination for many.

The iconic Eiffel Tower, the Louvre Art Museum, Notre-Dame Cathedral, the Paris Fashion Week, French Open Grand Slam and Tour de France are some of the extremely popular and exciting attractions that attract couples, families, historians and photographers to visit Paris from all over the world. These are the places that holds the true beauty and the glamour of the city.

The first thing that pops in anyone’s head when talking about Paris, is the Eiffel Tower, one of the most beautiful and eminent places to go in Paris. Named after engineer Gustave Eiffel, Eiffel Tower is a lattice tower made of wrought iron and is considered to be the most important places to see in Paris. It is a cultural structures of not just Paris but France. It was built in 1889 as the main doorway to World Fair. The tallest structure in Paris – 1063 feet tall with 3 levels open for visitors – tops the list of must see tourist attractions in Paris. The first two floors have restaurants and shops while the top level boasts of the most magnificent and best bird’s eye view of Paris.

Louvre amongst the most enchanting places to visit in Paris. Based in the heart of the city, Louvre is the most visited and most popular art museum and gallery in the entire world. Spread over sprawling 21,000 hectares, this museum is located in a royal fort, also called the Louvre. The relics of the same are still visible in the basement area.

As one of the most crowded tourist places in Paris, this lavish and exotic museum is divided into several sections – Egyptian antiquities, oriental antiquities, Islamic art, Greek and Roman art, paintings, objects of art, sculptures of medieval period, and graphic art to name a few.

Notre Dame is a famous and beautiful Roman Catholic cathedral – one of the top places to visit in Paris. The Gothic style architecture, the amazing sculptures and gargoyles fascinate every traveler. Its beauty lies in its ruins and domed roof. The place has a unique charm to itself which is simply hard to ignore. No wonder the place is treated as one of the most visited places in Paris.

Local guides reminisce and impart tales about different points of interests. Small shops and eateries in the neighborhood see heavy inflow of tourists, just because of traveler’s piqued interest in the Cathedral. The place has a lot to offer so make sure that you are ready for a great experience at the Notre Dame Cathedral in Paris.

Montmartre is a hillock located north of Paris. Known for white-domed Basilica and the bustling Square of Tertre, this highland attracts plethora of tourists, thus qualifying as one of the best places to visit in Paris. This cross road always has painters and sculptors creating fascinating creations inspired by their surroundings. In fact, Montmartre has been an inspiration to many eminent artists like Claude Monet, Pablo Picasso, Vincent van Gogh and Amedeo Modigliani in the past. This is truly a paradise for all the art lovers out there. If you wish to witness beautiful artworks in the city of Paris then this is the place to be. Witness the great artwork around the place and get inspired by it.

Built as an emblem of French Supremacy, Palace of Versailles is one of the most popular world heritage and cool places to visit in Paris. This gigantic and awesome structure boasts of landscaped gardens, exotic décor, amazing terrace and charming display of artwork of the Renaissance era. Unsurprisingly, this amazing place as listed as a World Heritage Site for 30 years. This is also considered to be one of the greatest achievements of the 17th French art. The palace today contains over 2,300 rooms each of which is designed in a unique way. The magnificence of the palace is truly hard to ignore.

As the birthplace of French Cancan, Moulin Rouge is a vintage and classic cabaret venue, located at the base of Montmartre highland. Formerly a seat for courtship dance, Moulin Rouge now is a nicely decorated and extravagant cabaret house. And of course, one of the most fascinating Paris tourist places. The well illuminated building, sizzling music and romantic décor makes it one of the best places to go in Paris at night.

Built in the 19th century, it is the largest monument of its kind in the world. In addition, the names of 558 generals and the great victories are engraved on the top of the arc. Under the Arc de Triomphe is the Tomb of the Unknown Soldier of France. The pillars are embedded with marvellous sculptures which draw every visitor’s attention.

This iconic monument honours those who fought and died for France in the French Revolutionary and Napoleonic Wars, with the names of all French victories and generals inscribed on its inner and outer surfaces. Beneath its vault lies the Tomb of the Unknown Soldier from World War I.

Paris (and the whole of France) and art have are connected closely. If you are an art lover, then, this is the ideal destination for you in the city of Paris. However, even if you are not, the aesthetics of this place would grab all your attention. This impressionist art gallery is located in the west corner of the Tuileries Garden. The gallery is mainly known for hosting the eight water lilies murals by Monet. Other than that you can also enjoy viewing other masterpieces by famous artists like Picasso and Renoir. As mentioned, art happens to be an important part of the French countryside and therefore, there is every need for you to visit this beautiful art gallery. Visiting Paris and not exploring any art gallery basically makes your trip an incomplete one. So make sure that you squeeze in some time to visit this wonderful art gallery in Paris.