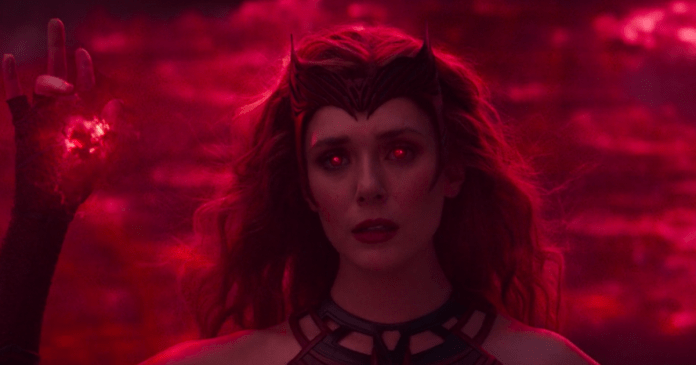 Before we begin, a huge spoiler alert. This article contains stills and spoilers from the last episode of Marvel’s latest TV series, Wandavision. If you have steered clear of all the spoilers until now, here’s a warning to avoid another one. However, if you are one of the early bird watchers or a spoiler binger, this article is definitely for you. We delve into the Marvel Cinematic Universe, discuss spoilers, and end credit scenes from the last episode of Wandavision. And remember, the devil’s in the details.

The last interaction most fans had with the Marvel Cinematic Universe was during 2019’s Avengers Endgame. Endgame was a movie with more heartbreak every few minutes than even The Notebook. And in many ways, it was. The Avengers started off in 2012 as a bunch of impatient and reckless superheroes. While the style of storytelling was impressive in 2008 one thing that Marvel maintains is consistency. The continuity of the storyline remained intact and even the less important served to be extremely crucial to the plot. Wandavision, the first series of the MCU, takes key storylines and ideas from each movie. And by taking key storylines, I mean literally taking stills and scenes from the previous movies.

Wandavision starts with the S.W.O.R.D division of the government noting peculiar activity at the town of Westview, New Jersey. Monica Rambeau freshly grieves the death of her mother Maria ‘Photon’ Rambeau. She seems ready for the extraterrestrial world but isn’t considered stable. As part of her grounding, she has to examine the activity at Westview village of New Jersey.

A Comedy Of Errors? Or More…

This has been going on in the real world. However, in a new dimension, Wanda seems to have created a new TV show. And in this reality, she lives a happy, domesticated life with the love of her life, Vision. Her life seems to sample scenes and setups from popular 50’s shows like Dick Van Dyke to name one. Wandavision follows a comedy of errors where the couple tries to hide their powers from the rest of the town. And every episode has something bizarre right under all the normalcy, leaving you just slightly confused after its ending. Everything seems to happen right in the last five minutes, and for all intents and purposes, you’re hooked.

A Breakdown of the Ending.

If you are still here, I believe you are just as confused as I was the first time I saw the finale episode. Filled with throwbacks, philosophical conundrums, and an ugly white vision, the finale of Wandavision made me laugh as much as it made me cry. And there is so much to unpack, that you better hold on tight.

The episode begins where it left off. Agatha Harkness, a witch from the legends of Salem has Wanda’s sons captive and uses them to provoke Wanda. If you aren’t a comic aficionado, this won’t feel odd. However, in the comics, Agatha Harkness isn’t exactly a villain. She is a mentor, a fellow witch that guides Wanda to adorn her identity as the Scarlet Witch. However, as we see in Wandavision, this is more of a forceful reality check for Wanda than a lesson. The episode then sees the introduction of White Vision, a hilarious looking but way more dangerous entity than the Vision that Wanda creates.

The story of White Vision in Wandavision is both hurried and also a long time coming. If you pay good attention, you will realize from Episode 6 itself that Hayward isn’t really trying to save Westview. Neither is he hoping to help Wanda. All he wants is what Wanda created from scratch inside Westview – Vision. A synthezoid of blood and bone, wires and electricity, and with a life and mind of his own, Vision, we come to know towards the end, is a manifestation of the mind stone that lives inside Wanda. And when he gets the energy source needed to power up his version of Vision – Wanda’s magic, he lets it loose into Westview.

When Tony Stark first created his AI, Jarvis, he followed the three laws of robotics laid down by Asimov. They said –
1. A robot cannot hurt a human being or humanity.
2. A robot must obey the orders given it by human beings except where such orders would conflict with the First Law.
3. A robot must protect its own existence as long as such protection does not conflict with the First or Second Law.

These laws made Jarvis an efficient, albeit harmless AI. However, Ultron, the other component of what Vision is made of, did not follow the same rules. And hence when White Vision comes to life and begins to fatally attack Wanda or fight Vision, it doesn’t seem to be in conflict with these rules. And while you were expecting an epic showdown, what finally undoes White Vision is a well placed logical argument. In a library, nonetheless. While the argument of the Ship of Theuses is quite brilliant, it honestly feels little contrived in the context of the episode.

I kind of made my peace with how lackluster the fight scene between Vision and White Vision was because there was one other showdown that had my heart: Wanda against Agatha Harkness. Mixed with equal parts mind games and shows of strength, the MCU seems to have taken the call to feminism seriously.

And of course, then comes my favourite part of the show – The Transformation. It’s 20 minutes to the episode ending, and Agatha seems to have completely absorbed all of Wanda’s power. And then, right when Agatha tries to cast her first spell with her newfound powers, you get to see what you prayed for.

Agatha’s powers don’t work. Why, you ask? Well, according to Agatha, only a witch who has made runes around her given space can throw spells. And well, Wanda while also giving Agatha the illusion of losing, managed to create protective runes all around Westview. And then Wanda takes back all her power, and all of Agatha’s too. The transformation is truly a thing of beauty. It did my feminist heart good to see Elizabeth Olsen transform into an outfit which screamed power and yet didn’t sexualize anything.

The rest of the episode is simply Wanda accepting her fate, realizing that she would have to let go of Vision and their children for the good of Westview, and then committing to it.

What good is a Marvel TV show/movie without a peppering of some truly juicy post-end credit scenes? In true Marvel fashion, Wandavision sets a TV series and set of movies into motion with its post-credit scenes. While this is truly speculation, the first end-credit scene seems like a prelude to Captain Marvel 2, which releases tentatively in 2022. The scene features Monica Rambeau now with her new powers and an FBI agent who is actually a Skrull from either Nick Fury or Carol Danvers herself.  And that concretely sets in motion the introduction of a new superhero of phase four of the MCU – ‘Photon’.

Not The Only End-Credit Scene?

The second end credit scene of Wandavision is less confusing, but also more exciting. The camera pans into mountains, with a clearing in the center, and a cottage in the vicinity. Wanda seems to sip coffee on the doorstep and then goes into the house. The camera follows her, goes past her into the bedroom, where it shows us the real Wanda, I assume – an astral projection of The Scarlet Witch, reading and learning from the Book of the Damned. And just as the scene ends, your memories flashback to what Agatha says – “You don’t know what you have unleashed.”

And with this, we are assured of the release and continuation of The Scarlet Witch’s storyline in the next Marvel movie coming up in 2022, Dr.Strange and the Multiverse of Madness.

The amount of excitement I feel as I finish this breakdown and click on the first and latest episode of Falcon and The Winter Soldier is palpitating. I already can feel a myriad of theories bubbling at my fingertips with the newest venture of the MCU. Can you?