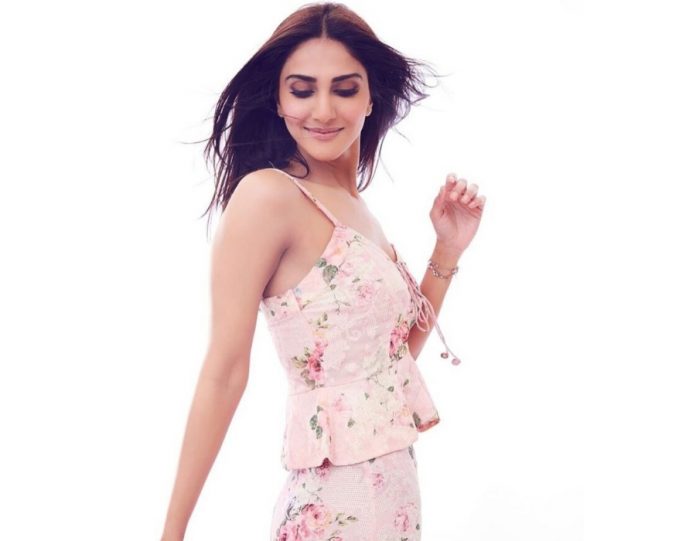 Vaani Kapoor is a 31 years old Indian actress who is known for her work in the Bollywood film industry, since 2010.

Her father is a furniture exports entrepreneur named Shiv Kapoor and her mother is Dimpy Kapoor, who is a teacher-turned marketing executive. Her elder sister’s name is Nupur Chopra. Vaani completed her schooling from Mata Jai Kaur Public School in Delhi. Later, she enrolled in India Gandhi National Open University to complete her Bachelor’s Degree in tourism studies. After this,Vaani started interning in Oberoi hotels in Jaipur and then, worked at ITC.  She made her debut in the movie Shudh Desi Romance, and was selected for it, via auditions held by the YRF team.

Vaani Kapoor has 3.1 million followers on her Instagram account. Her bio goes like ‘Actor. Embracing Life’. She has been setting high standards for fashion, and her Instagram is proof of that. Her social media timeline shows that she loves experimenting with all kinds of looks. However, recently she had been subjected to a wave of backlashes due to a controversy. She had to delete a picture of herself from Instagram, where she was wearing a deep neck pink crop top with a knot in front. This top, had ‘Ram’ printed all over it, as a result of which she was brutally trolled. Many organisations like the ‘Hindu Jagruti Org’ posted this photo on twitter and ‘appealed’ her to remove it on the grounds of ‘hurting religious sentiments’. Other than this, we can see that she is quite inclined towards fitness. Her Instagram shows several posts where she is working out.

In her second film alongside Ranveer Singh, which was Befikre, Vaani was rumoured to having had a facial surgery, which was denied by her in several interviews. She said, that her face looked different because she had lost weight, and also because of the French winter, and camera angles while shooting the movie. She also added that she couldn’t afford surgery  because she was only one film old, but of course, didn’t judge the ones who got them.

Vaani Kapoor’s first film was Sudh Desi Romance under Yash Raj Films, followed by Befikre which came three years later and was also by the same. Vaani was rumoured to having had an affair with Aditya Chopra because he repeatedly kept choosing her for his films, despite the criticisms that were endured by her for her chin and her performance in Befikre. She had also been roped in by Aditya for a movie with Hrittik Roshan and Tiger Shroff as the leads, in which, a number of A-listed actresses were interested. Nonetheless, Aditya had the final say and he chose Vaani anyway. She was also rumoured to having had an affair with the fashion designer, Nikhil Thampi.

Vaani had been severely criticised by people after the trailer for Befikre came out. People posted things like ‘Also realised that #VaaniKapoor is having a hard time mouthing the dialogues coz of all the Botox around her lips and cheek’. About the film, they said, ‘Befikre is all about some girl who didn’t get the boy in Such Desi Romance and just wants sex’. Some people also tweeted calling her, ‘Katrina Kaif ka accent our Emraan Hashmi ka female version’. People called Befikre ‘a copy of Friends with benefits and No strings attached’. Tweets like, ‘#VaaniKapoor one more Indian actress who has gone under the knife and destroyed her face and beauty completely’. She even got trolled for wearing a particular dress, which was mocked as ‘bed sheet’. Other than this, she had also been ridiculed for wearing a ‘shri ram’ printed, deep-necked pink bikini for a shoot.Vaani responded to these trolls, memes and rude comments, by saying that , ‘I guess trolling has become a norm of social media where people enjoy belittling everybody’. She also added, by saying, ‘Everybody is out there to pull the other person down but it will only bother if you let it bother you’. That seemed like a fitting response to the things that have been said about her on by the netizens. You go girl!

Vaani and her acting career

Since her debut in the year 2013 with the film Sudh Desi Romance, Vaani did not act much in recent years, until 2016 in Befikre which received a lot of criticisms. Nonetheless, she seems completely unaffected by the success or failure of the film, and in a few interviews, she has also taken responsibility for its failure, in fact, quite sportingly. She claims to trust her instincts when it comes to choosing a film. She acted with Hrittik Roshan and Tiger Shroff in War, and in several interviews, mentioned how down-to-earth and emotionally available Roshan is, and expressed the hope of working with him soon enough. She is also filming Shamshera with Ranbir Kapoor-according to her, he is the most brilliant actor in the industry.

Though Vaani has not been able to do exceptionally great in the show-biz, she seems to have a lot of optimism in store, which might help her in due course of her future endeavours.