Kiara Advani was born on 31st July 1992 and has been making pre-dominant appearances in a number of Hindi films. She made her debut in Fugly, which was a massive flop, followed by movies like M.S Dhoni: The Untold Story, Netflix film, Lust Stories, the critically acclaimed Kabir Singh, a number of Tamil and Telegu movies, etc. She was born as Alia Advani and later on changed her name to Kiara, which, according to her, was inspired by the movie Anjana Anjani, where Priyanka’s character was called ‘Kiara.’

Kiara and her connections

Salman Khan and Kiara’s mother, Genieve Advani, grew up together, and he also dated Genieve’s sister Shaheen. Kiara’s best friend is Isha Ambani, and her aunt is Juhi Chawla. It was Salman Khan who had given her the name, Kiara. She is also the grand-niece of the actor Saeed Jaffrey and the great-granddaughter of the actor Ashok Kumar. Prior to her acting debut in Bollywood, she engaged in acting courses with Anupam Kher and Roshan Taneja.

Kaira used to teach in her mother’s pre-school, before she got into acting. She would teach alphabets and nursery rhymes to toddlers. She would reach school by 7am in the morning, play with the kids, and teach them. She also mentioned about how she had to change diapers on many occasions. She absolutely loves children, according to what she has said, in many interviews. Aww, Kiara! Seems like someone would like to hear some ‘good news’ soon enough?

Makeup is a very crucial factor in every actor’s life, and when that goes wrong? Its all over the news!! Kiara Advani did her own make up for an event, where she went a little..overboard? She ended up looking like she had just got a Botox surgery. Well, one cannot blame the media if she goes out looking like she had dollops on her cheek! Poor Kiara needs makeup classes before actually getting down to the show-biz.

Kiara was posing for the paparazzi in Juhu, when the pretty blue high-low dress that she was wearing, was almost uplifted by the wind until she was quick enough to hold it back down. Nice save, Kiara!

Social media can go rough on actor for not living up to their game, sometimes. The Kabir Singh actress was trolled by people, based on photographs from a shoot, for a magazine, where according to them, she supposedly looked like Maggie noodles (because of the yellow color and texture of the dress). Instead of reverting aggressively, she replied by saying, ‘Haha, got ready in 2 minutes!’ Well, she sure knows how to give a good comeback.

Kiara posted a screenshot in her stories, of the comments on her photo where she was accused of Botox surgery. She shared it with a caption that said, ‘Calm down peeps, don’t jump to conclusions. You might not fancy the cheeks, but it was no doctor, just some biriyani from the night before’. Good going, Kiara!

In a few interviews, Kiara confessed that she was uncomfortable with a few scenes in the movie, but her personal views cannot affect her acting. She also mentioned that she didn’t look at Kabir Singh’s character, as a hero, but a person with a lot of issues. Kiara also mentioned that one should look at the characters in Kabir Singh as fictional, and nobody has to be like them. She also adds that everyone is entitled to have their own opinions about the film. Think she handled that pretty well, eh?

Kiara had posted a video on Instagram and Twitter, where she was singing a rap song and cutting her hair, saying that she was very busy with films as a result of which, she couldn’t maintain it. Netizens diss her for doing so, calling it a ‘cheap publicity stunt.’ Chill out, guys..its just hair! It will grow back.

Kiara Advani is not just another dumbo in the show-biz, that’s for sure. Keep going, girl! 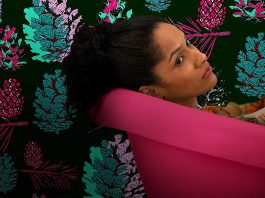 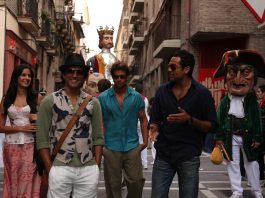 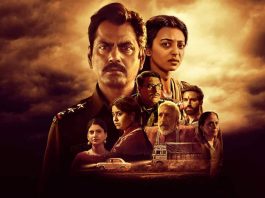 Raat Akeli Hai: A Bollywood Movie, But Way Too Nuanced For...