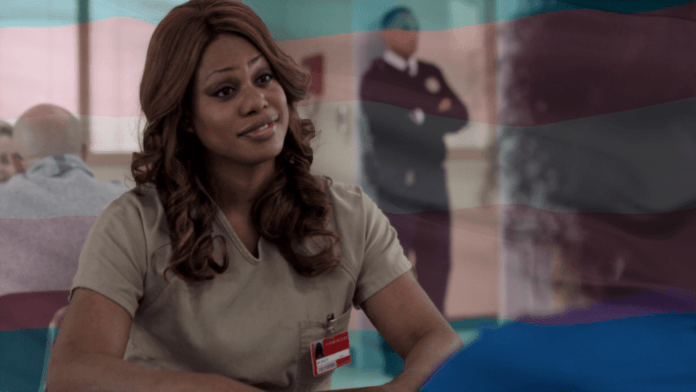 Happy World Pride Day! With the quarantine and everyone stuck at home, I imagine that none of you are feeling the Pride spirit now. The magic and power of Pride may not be the same right now, but it is up to us to make it unique. The Black Lives Matter movement needs our help; we need to stay inside for our health and safety; there is a lot on our plate right now. But that doesn’t mean we can’t celebrate Pride to the best of our abilities. With some delicious and buttery popcorn, settle back into the couch. Turn on your T.V and switch back to some of these most iconic LGBTQIA+ representation in mainstream media. You can even cry at our expense. No one is there to watch you, anyways.

There is still a shortage of content on LGBTQIA+ centric material on the Internet and the movie industry. However, we are slowly getting there. There are more and more movies, and T.V. shows that are pushing characters from the spectrum more into the limelight. And we are here to catalogue the ten best representations of the LGBTQIA+ community in mainstream movies and T.V. shows.

Carol And Susan in Friends.

As an adult, just 20 years of age, Friends was a show I was introduced to a little later in life, during time homosexuality wasn’t a sin anymore. However, I know now that during that time, homosexuality was a very delicate topic to tread. For a mainstream TV show such as Friends to show a stable, successful homosexual couple on television was pretty progressive. Though we now criticise it for often using homosexuality as a punchline, I think we could give the perennial TV show some credit for setting the ball rolling.

Personally a favourite of mine. Often when targeting homosexual and queer relationships, filmmakers tend to go for a more angsty approach. While it is emotionally appealing, we need more normalization of queer people and ties. Brooklyn Nine-Nine does just that. It gives you a stable, thriving relationship in the form of Holt and Kevin. It then educates you on queerness and bisexuality through the character of Rosa. Their queerness is subjected to both heavy scenes like Rosa first confessing her sexuality to Boyle, and to a natural normalization in the way Holt refers to his husband just as anyone would refer to their spouse.

Also Read: Half Of It – A Breath Of Fresh Air In A Sea Of Cringy Rom-Coms

One of the most poignant characters in the early 2000’s era for the LGBTQ cause was represented through Nomi Marks on Sense8. A transgender lesbian, Nomi was one of the first transgender characters to be introduced in a fictional drama. It was enlightening to see them explain the circumstances of her dysmorphia. It was especially empowering to see how she overcame it to finally fall in love and marry her wife Amanita. Having a mainstream character depict transgenderism when LGBTQ was relatively new, is admirable and noteworthy to go on our list.

Jules is undoubtedly my favourite LGBTQ icon. Despite her faults and misgivings, she is beautiful and bold about herself. She represents the fledgling transgender, a teenager finally having realized their true identity. Her style is whimsical, and she doesn’t represent the stereotypical transgender woman with how gentle and light she is. It is not hard to see why Rue fell in love with her.

My favourite part of Daniel Levy being pansexual in Schitt’s Creek was about how bold he was. He was unapologetically sassy and we had him pegged as a pansexual the day the show came out. It was especially heartening to watch how father Eugene Levy embraces his son’s sexuality. The best part of the show was also how Eugene actually lets Daniel know that he accepts his son as is. Children of the LGBTQ spectrum almost always crave their parent’s acceptance, as all kids do. And parents letting them know that they do is the best.

Grey’s Anatomy is as a mainstream a show as could be. With two white protagonists, it was especially good to see other forms of equal representation on the show. Dr.Tones being in a bisexual relationship, which was stable and healthy was the cherry on top of the cake. It was also very nice to see Callie actually confront the issue in an episode and try to help another girl.

Sex Education is prolific for its portrayals of same sex relationships and almost all shades of the LGBTQIA+ spectrum. But we would be remiss if we did not discuss Eric Effiong. A gay, black man, it is especially hard for a character like Eric to confront and accept his sexuality. That said, I still do not approve of his going back to Adam in Season 2. I guess toxic relationships span genders and sexualities alike.

Sophia Burset in Orange is The New Black.

Laverne Cox is a blessing and has to be protected. A transgender icon in real life, her portrayal of Sophia Burset set the bar up high for LGBTQIA+ representation. While she has her own faults, having experienced male privilege for a major part of her life, she is still a boon to the community. Her patience and love for her son despite him shunning her delves more in the impacts of transitioning can have on a family.

Mitchell and Cameron from Modern Family.

Mitchell and Cameron are the cutest example of LGBTQIA+ representation I have seen. Starting in 2009, it was wonderful to see a stable married gay couple, with a daughter managing life. It was even more adorable to see them supported by their family closely. Phil may often come off as the stubborn dad, but you can’t deny the familial support him and Claire provide just by being accepting.

Also Read: Five Teen Rom-Coms For Your Next Movie Marathon.

Eleanor Shellstrop from The Good Place.

Eleanor is my favourite. Not as a LGBTQIA+ representative, but as a character. Her being bisexual isn’t really focused on film, and that’s the beauty of it. The Good Place recognizing sexualities as these understated parts of you, which don’t necessarily have to make your entire character is what we need. This new era is ushering a new sort of limelight onto our LGBTQIA+ community. One that includes them, but doesn’t make them a big deal of it. They are us, and we don’t need to treat them differently. And that kind of non committal acceptance is what the community has been asking for a long time.