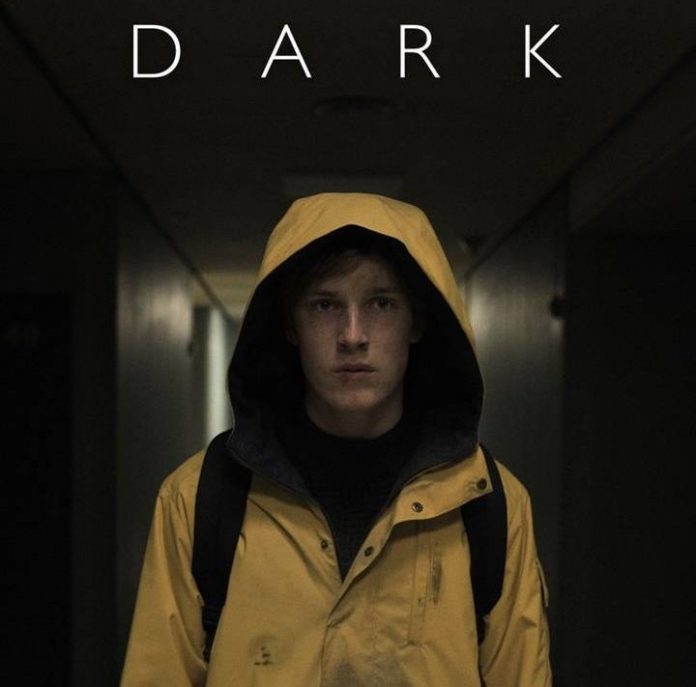 Trending at Number 2 on Netflix right now, the TV show DARK has recently exploded online. Owing to its convoluted plotlines and structure, there have speculations upon speculations. Instead of merely watching and binging this show, Dark implores you to solve it. While Season 1 and Season 2 are labyrinths of happenings in the small town of Winden, Germany. You would think that people would have problems with pronunciation. But there are so many characters and so many connections that pronunciation is the last thing on your mind. In simple words, Dark is a TV show that explores the implications of time on human nature.

If you have never watched Dark, we would suggest you keep a book and paper next to you. The show starts off a little dry at first. The cinematography is grey, and the first scene is about kidnapping and the murder of young children. It may put you off, but I implore to you, stick with it. Dark is the story of four families, the disappearance of one child and how everything unravels from there. Dark is the first German Netflix Original Series. If this is the beginning, I am pretty sure German origin productions are going to have some masterpieces in store for us.

As I said before, the story starts with the disappearance of a young boy, Mikkel Nielsen. Pay attention to the names. The names and the times are the crux of the show. Nielsen goes to the caves in the woods of their town with four other kids. They are from four different families. Namely, the Nielsens, Kahnwalds, Dopplers and Tiedermmanns. The first season deals with fractured relationships and the connections between these families, and the disappearances of the boys. The second season deals with the attempts of their loved ones to meet the disappeared children though it is not as simple as that.

Also Read: Tiger King – Why Is The Documentary Causing Such A Stir?

The story takes off from the end of the first episode itself. There’s a wormhole beneath the town, and it is accessible through the caves. The children disappear through these wormholes and come out in different timelines. The times are relatively simple to understand in the beginning Season one. There are two years, set 35 years apart, where all the happenings are taking place—the years 2019 and 1986. However, as the season wears on, another year gets added to the mix. And just like permutations and combinations, it all gets complicated.

Also Read: Paatal Lok: The Answers Are Not What You Think They Are.

Why Is Dark So Awesome?

There is a common strain in all time-travel stories. There is the need to time travel, and the characters do it, and a space time paradox is created. To solve this space-time paradox, creators introduce alternate realities and universes. Dark doesn’t do that. Dark shows you that Time is the ultimate god. It shows you that no matter how hard you try, you cannot change the passage of time or the events that happen in it. There is no free will in this story. You don’t have to make sense of something that doesn’t actually make sense. The creators have everything planned down to a dot, and you realize that as the story progresses. Dark feels like running through a labyrinth and take a wrong turn each time. You keep going in deeper, and it’s always some ridiculous theory, but it works!

Questions that We Want Solved In Season 3 of Dark.

The entirety of Dark is very complicated. However if you have made it through Season 2 successfully, congratulations!! You now shall begin to unravel the maze that shall be Season 3. However, before you even begin watching, let’s theorise about the pivotal questions that we have for the next Season. You could add some in the comments too.

Who Is The New Martha?

We saw at the end of Season 2 of Dark that Martha, the one from Jonas’s world dies, leaving him. However, just in the nick of time, an alternate Martha arrives in Windem and saves Jonas from the apocalypse. When Jonas asks her what time she has come from, she says, “Ask me not what time, but what world.” This seems to refer to Claudia mentioning the fact that she has seen a world without a Jonas, and that there indeed exists an alternate world.

Where, Or Rather When Did Katarina Go To?

At the end of Season 2 of Dark, we see Katarina reach down the caves by the assistance of some unknown particles and travelling through time. Her son landed in 1986 and her husband in 1953. It is impossible to tell which year she is going to come out into. We have obviously, a lot of reason to believe that she has gone looking to find her son Mikkel. However, it is obviously not in her hands as to where she ends up.

There are multiple pieces of evidence to believe that Adam is really who he says he is, and that he isn’t messing around. Since him being Jonas fits into the story really well, there isn’t much doubt with the theory being untrue. That being said, this question simply exists to humour theories of Adam actually being Bartov.

When did Jonas, Magnus, Franziska and Bartosh go?

The four are travelling with a time house device, so it is pretty obvious that they have a specific date in mind. It isn’t important where they go to survive the apocalypse, it is whether they go to 1881. This is because if they go to 1881, we shall then meet them in 1921. They could go there, or not at all.

Let us know what you think in the comments below!!