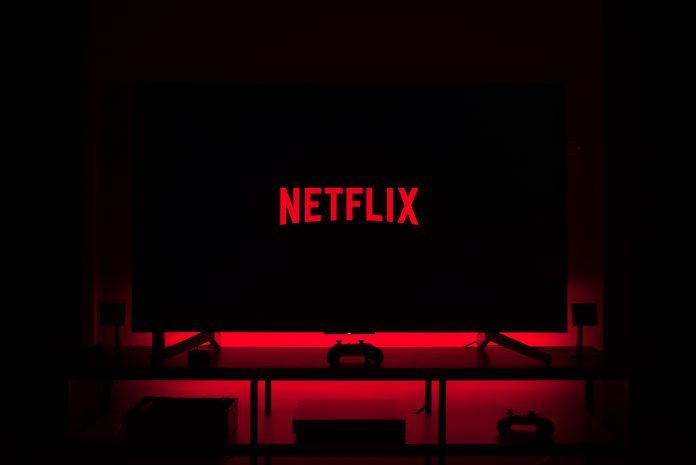 Underrated. Not given its deserved value, or standard. Google describes underrated as ‘underestimating the importance or value of something/someone.’ There are a lot of things in this world that are underrated. The fresh air we breathe every day, the company of our loved ones, a roof above our heads. And right now? A good TV show to binge. With the Quarantine being in full effect, and having finished the shows on the roster, all of us are desperate for a good, new one.

While the depth of the entertainment industry is dark and deep, there are a few gems in there that are worthwhile. A little dusty, some shows ahead of their time, its time for us to unearth them now. We present to you, our list of the top ten TV shows on the internet.

We would not call this show underrated. Having gone well with the quirkier part of the Netflix audience, The End of the F-ing World is not exactly a TV show everyone can take in well. Exploring the intricacies of adolescence and uncovering behaviors are usually not revealed in teen coming-of-age dramas, but they are here. The End of the F-ing World borders on the edge of being a show that tells kids to stay in school. When broken down to its fundamentals, the show could be a love story, but is not.

Our attachment to the characters as the series progresses makes it more of a process of growth than anything. That is, both for the characters and us. If you have already seen the trailer and decided it’s not worth your time, we’d implore you to check it out thoroughly. It is bound to get you hooked. All episodes of ‘The End of the F-ing World’ are streaming on Netflix now.

Talking about coming-of-age dramas, here is one that is not as jarring, but not a usual either. Anne with an ‘E’ is the TV show rendering of the famous novel Anne of Green Gables. An excellent adaptation, the actress playing Anne shows the meticulous detail for perfection by the creators of the show.

The story begins in 19th century rural England, in a village called Green Gables where a couple who had been looking to foster a boy, couldn’t do so and had ended up with a girl, Anne. Their lives then take a turn for the exciting with the lively Anne bringing in new adventures and experiences every day. We also see for ourselves, the vivid adventures Anne herself has, her imagination running wild even in the open rural fields.

One of Fox’s longest-running TV shows, Bones is both alike and different from your usual crime drama. It does feature bodies which are frankly, a little disturbing to look at. Bones follows a more dark comedic undertone concerning its storyline. The show is essentially about two main characters, Temperance Brennan, a forensic anthropologist and Seeley Booth, an FBI agent. Their investigations foray into unnatural deaths, which more often than not turn out to be homicides.

The speciality of these deaths has been that the body would is generally mangled that only a forensic anthropologist could correctly identify their identity and cause of death. The show also explores the lives and relationships of the characters. Bones went on for 12 seasons, starting from June of 2005. It is now available on the streaming giant Disney+Hotstar.

7. A Series of Unfortunate Events

It is truly an art to make successful books into movies or TV shows that are equally good. Lemony Snicket’s A Series of Unfortunate Events is just that. The story bases itself around three pivotal characters, three children who have only recently lost their parents and have gained one weird and an evil-looking man who’s after their wealth.

Count Olaf as he is called, played by Neil Patrick Harris, is amazingly perfect in his role. The children, Malina Weissman and Louis Hynes also play their parts to perfection, dodging and seeing through every attempt of Count Olaf’s to obtain their parent’s inheritance.

TV and movies are to be an escape from reality, the stories and fantasies indulged in the productions visualizing the dream we always wanted to attain. Bojack Horseman shows you the folly of expecting the perfect life from the best. In a world where animals behave like humans, until the point that a half-horse, half-human being is the protagonist of the show, Bojack Horseman uncovers harsh truths about humanity. Our vanity, selfishness, imperfections are all symbolized in one Bojack.

A bitter pill to swallow, Bojack Horseman is a show for the realists. There is a specific symbolism to the show, of how even while it remains animated, there is nothing in it that reminisces our childhood and is more focused on our follies as a man. Six Seasons and completed, this show is now available in its entirety on Netflix.

Also Read 10 Facts you need to know about RIVERDALE

Eight people, eight cities, one connection. Coming from the writers of the Matrix, this show is a real doozy.
A suspense thriller, the show follows the story of eight people and the various struggles in their life. However, there is a catch to this. Each person, not of their own volition, has the capability of living in the other’s body. Maybe not living, they seem to have a more transient ability to behave a certain way, altering the person’s life.

Cosmically chosen, these eight people then coalesce into one other entity, living through each other’s lives, changing the order and balance of how human life progresses. A little confusing and yet brilliantly filmed, Sense8 is a show once picked up, cannot be put down. This show has two seasons and is complete, and is not available on Netflix. While not long enough for an entire marathon, the show does a pretty good job of keeping you hooked till the end.

We could easily call Superstore NBC’s most underrated comedy show of all time. Superstore is a workplace dramedy revolving around the employees working at a supermarket the likes of Target. Superstore sets itself like a fictional supermarket and is a comedic overtone to the grim situation of essential workers. It quickly puts a hilarious twist to the less than sublime working conditions of the employees working there, bringing together a bunch of misfits and nobodies to work together in a market.

The show follows their forays into odd jobs and experiences they all face while devoting their life to a meaningless task with the bare minimum pay. Though it does sound depressing outside looking in, the show manages to put a pretty good comedic spin on it. It is now available on NBC’s official app, working only in the US.

An Amazon prime production, Fleabag follows the story of a wacky, cynical and generally nihilistic protagonist. She is oddly known to the audience only as Fleabag throughout the show. She manages a quaint café in London that she and her now-dead friend used to own. The restaurant isn’t doing well, her sister is too uptight and challenging to love, and her father has now remarried after their mother’s death.

The problems in Fleabag’s life do not seem to cease, and we navigate these waters with her throughout the show. She frequently breaks the fourth wall to provide a general insight into her feelings and is often the highlight of the episodes. Fleabag has two seasons and has won six Emmy’s. However, we suspect that as its premise is essentially a dark comedy, the show hasn’t been sampled by a great many. Fleabag is now complete and available on Amazon Prime video only.

We keep hearing about the FBI, the LAPD, the NYPD departments and the various shows made on them. Well, here is one from across the great pond, in both production and storyline. Killing Eve, which stars Sandra Oh and Jodie Comer, is the story of an MI6 agent Eve and her connection and fascination with assassin Villanelle.

Dark, suspenseful, and a show that is bound to keep you on your toes, Killing Eve is one for the books. The mutual obsession created by both the protagonist and antagonist is simply too bewitching to stop watching. Despite being critically acclaimed, Killing Eve remains a highly under-watched show. Killing Eve is now available on Hulu and BBC America.

We surrender, yes it is another crime thriller, but we promise you, this is the best and most underrated of them all. Detective Harry Bosch is in court for shooting at an unarmed man, who is also a suspected serial killer. During the proceedings of a trial, he involves himself in a case involving the remains of a thirteen-year-old boy. He discovers the boy’s bones on the side of a hill overlooking a suburban neighbourhood. What goes on then is a brilliant foray into the workings of the LAPD, a very raw look at trauma and how a crime affects the officers and the life around it.

There are also a lot of ups and downs to this show, though we did not want to give away any spoilers so you shall have to watch it out. Bosch has one season and is available on Amazon Prime Video.

These are our suggestions for the top ten episodes to binge on this Quarantine. We hope you’re staying in and staying safe. We send love and strength during these tough times.