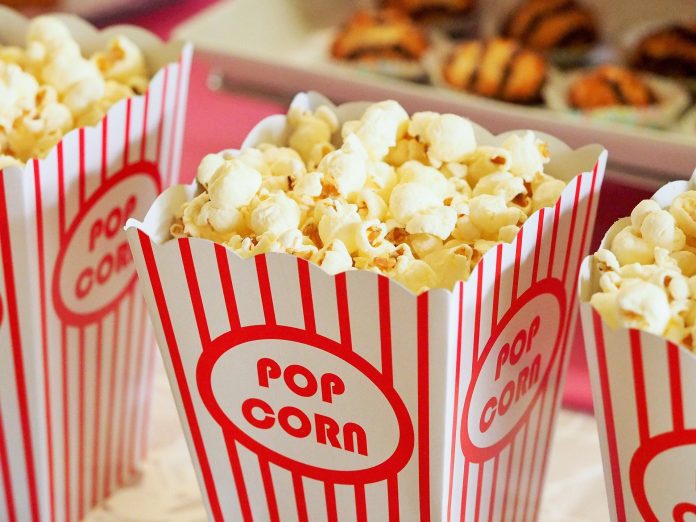 Who doesn’t love romantic-comedies? Cheesy, sweet and with the perfect dash of cringe, rom-coms are the ideal way to occupy your time in this limbo. Not one to put a damper on your feels, romantic comedies only leave you happy. A welcome distraction from this quarantine, we have made a compilation of the best romantic comedies for you to binge-watch this quarantine season. We shall be rating them based on cry value, cheese factor and our very own nonsense meter. These romantic comedies are your common run-of-the-mill ones, no. They’re no ‘ To all the boys I loved’ or ‘The Perfect Date.” But they are pretty perfect in their way.

5. Sleeping with other people.

A common theme in a lot of rom-com movies is when the protagonist is rudely dumped and has to find her purpose in life and in the world. In due process, she finds someone who makes her feel way better than the last person did and voila! They live happily ever after. Well, the case with Sleeping with other people isn’t so. Aptly described on the motion poster, Sleeping with other people is a romantic comedy with commitment issues.

The main characters Lainey and Jake, are serial-daters and never settle down. After realizing that it has become an actual problem, they both, separately, of course, attend a support group for ‘their’ type of people. What follows is a romantic comedy of errors, which of course ends in a happy ending, as all rom-coms do. Sleeping with other people is a fresh and fun approach to two people in love and their romantic hang-ups.

Cry Value – We’d rate Sleeping with other people 2.5/5 because the only kind of cries it does give us are cries of laughter.

Cheese factor – Sleeping with other people is a 3/5 on the cheese factor, especially with all the mousetraps in the movie. (That’s an inside joke you’ll know on seeing the movie.)

Nonsense meter – We give the movie a 3/5 for its nonsensical twists and turns, often leaving us frustrated for the final climax of the film.

Also Read Lucifer Season 5: Everything We Know So Far

Isn’t it romantic is very much a meta-movie. It is also a rom-com and that is hard to believe. In its attempts to break open the fourth wall, it smashes it, shatters it and leaves us a little stunned. The movie is about the story of a girl Natalie, played by the charming and energetic Rebel Wilson. Natalie has hated romantic comedies for as long as she can remember. She believes that none of what happens in them would ever work out in real life.

Following her conversations with a co-worker and best friend about the same, she finds herself in a subway mugging. In the mugging, she conks her head and falls unconscious. However, she doesn’t wake up in the same world. She ends up waking to a perfect world. A world full of daisies and roses, and insanely attractive men who seem to fall for her, she ends up realizing that she is in a PG-13 romantic comedy. The rest of the movie follows her attempts to get out of the film and to learn to love herself.

Cry Value – We’d give Isn’t it Romantic a 1/5 on the cry scale, because other than Rebel Wilson embracing herself, talking to the audience about self-love, there is nothing much to cry about.

Cheese factor – Isn’t It Romantic is a double-baked lasagna of cheesiness, from the beginning to the end and hence scores a 4.5/5 on the cheese factor.

Also Read Half Of It – A Breath Of Fresh Air In A Sea Of Cringy Rom-Coms.

This movie has Keanu Reeves in it. And it is a rom-com. That is all I’d like to say. I’m kidding. This movie also has Ali Wong. More of a comedy than a romantic film, it’s nice to see a movie other than Crazy Rich Asians which represents Asian Americans. I could go off on a tirade about minority representation in films like these, but what we need to talk about is how the movie is wholly woman-centric. Ali Wong is dynamic, and the whole film is a delight to watch. Ali Wong and Randall Park have a chemistry that isn’t sizzling but does have this lightness that you carry with you even after the movie.

Cry Value – Always be my Maybe does make you shed a few tears of joy in the end. We’d give it a 3/5.

Cheese factor – All we’d like to say is – highschool sweethearts to lovers. 4/5.

Nonsense factor – The entire Keanu Reeves scene is filled with nonsense that leaves you laughing maniacally. 4/5.

P.S. I love you is one cry-worthy film. Not exactly the com part in a rom-com. I shall briefly describe the plot to you, and I’m sure you shall be bawling your eyes out at the end of it. Holly and Gerry are married, and very much in love, despite their many arguments and fights. One night, Gerry dies of a brain tumour, leaving Holly a widow. The grief starts to make Holly spiral when on her 30th birthday, she is given a letter by her family. The letter was written by Gerry, in preparation for his death from cancer. It turns out that this is not just one letter. Gerry has written a series of notes for Holly, each ending with a ‘P.S: I love you’. The story captures the moments of grief perfectly and chronicles Holly’s growth from her pain to an independent woman who’s finally moving on.

Cry Value – This movie has all the feels. And by all, we mean ALL. If I could give it a six I would. But for propriety’s sake, I’m going to give it a 5/5.

Cheese factor – While the movie goes for a very sombre note, it is still a chick flick and has its moments of cheese in it. We give the movie a 2/5 in terms of the cheese factor.

Nonsense factor – Sadly, P.S: I love you has so much realism it has barely any time for nonsensical scenes. 1/5.

The greatest of the greatest romantic comedies is right here. Mamma Mia is all you could ever desire from the rom-com genre. From a beautiful greek island, to the marvelous Meryl Streep, Mamma Mia leaves you with the phrase, “This is what romantic comedy is all about.” Meryl Streep is a single mom on a Greek island far, far away from the hustle and bustle of the city. Her daughter’s now of age and is finally marrying the love of her life in a small but intimate ceremony.

However before she does so, she has one wish. To have her father escort her down the aisle. The problem is, however, that nobody knows who the father is. When they ask Meryl, she says, “I’m not sure either! It could be one of those three men I met on the island.” Her daughter writes three letters to her potential fathers, inviting them for the wedding. What follows is a series of fun, cheesy and cute film filled with the iconic ABBA’s songs.

Cry Value – This movie is not for crying. Full of smiles and songs, we give Mamma Mia 0/5 on the Cry Value meter.

Cheese Factor – The movie oozes with cheesy goodness in every scene, with comical twists and turns sprinkled in between. We give Mamma Mia a 5/5 for the cheese factor.

Nonsense factor –  This movie is probably as nonsensical as it gets. We give it a 4.5/5 for its nonsense factor.

That was our list for the five romantic comedies you could binge-watch this weekend. Let us know if you have any other suggestions in the comments below.