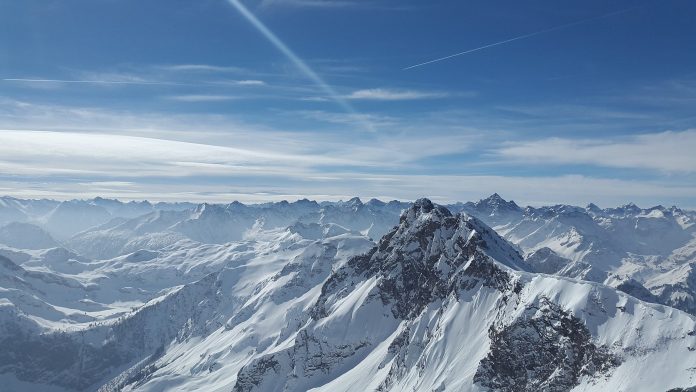 In a rat race such as this where everyone is running the same nine to five for the same boring end results, it is important that one has a peace of mind as they live the motions. And the best therapy for a sound mind and a sound body is travel. Take some time out of your very hectic schedule and take a trip to a place you have never been to before. Go with your loved ones, go all by yourself, it doesn’t matter. Travel is supposed to be relaxing, rejuvenating.

It can also be adventurous, bringing out a side of yours that you never even knew existed. And the best way to let out that adventurous side of yours is through a hike. I’m not talking about a simple stroll or a frolic through the wooded forests. I am talking about days of climbing and rappelling and drudging through the dangerous terrain, wind and snow. But where would you find the best places to hike to your heart’s content? Don’t worry, we have got you covered.

Other than the dangerous terrain, thin air, ice and snow, there is one thing that all mountains have in common. The view. An absolutely breathtaking view indescribable by even the most advanced cameras, the Swiss Alps is one of the most beautiful mountains for hiking. They are also known as the dramatic peaks of Dammastock and the majestic snow laden top of Matterhorn. A small fun fact, Dammastock and Matterhorn are way more popular than you think. Regardless of their unusual names, these two mountains are the ones that feature on the cover of Toblerone, the chocolate.

Also Read: The Most Affordable American University For Indian Students

Japan’s number one tourist attraction, Mount Fuji never fails to mesmerize all the hikers that choose to hike their way up the mountain. Nearly 13,000 feet tall, Mount Fuji is one of the largest volcanic mountains from all around the world. It is still active and this could be attributed to the three tectonic plates it sits over. The colder months of July and August are when Mount Fuji is most amenable to its hikers.

There are some facts about the earth that teach me of how insignificant our race really is.  We haven’t discovered more than 90% of the ocean and we don’t know what really exists in the depths. If that wasn’t enough to make you feel small, here’s this. While Mount Everest may be the tallest mountain above land, it qualifies to be so only because half of Mauna Kea is underwater. At a whopping 14000 feet, Mauna Kea while not even close to Mount Everest, is one of the tallest mountains to go hiking on around.

Norway is most well known for the Northern Lights, there are many other sights to see that are truly mesmerizing, whether you are seasoned at hiking or not. There are many ways to witness the beauty of this scenery, but the best by far is through Europe’s highest mountain pass. Complete with a hiking trail and the replescedent beauty of untouched nature, the mountains are idyllic for photography.

Also Read: How To Binge-Watch Marvel’s Avengers The Right Away.

The United States has numerous mountains, located at its edges, in different climactic conditions. None reach the beauty of the Grand Teton. Located in the famous national park of the same name, The Grand Teton boasts a diversity of more than sixty species of animals. Every hiker is awe struck by it’s serenity and beauty and that is what makes the Grand Teton so special. As it is a national park, Teton offers you a lot of fun filled activities like hiking, trekking, water sports and so much more.

With its extremely steep slopes, the Bogda peak is one of the most dangerous to climb. However, there have still been many a hikers and many a hiking trail up this perilous journey. The perilous journey doesn’t really translate to a huge magnitude of death rates however, as many have succeeded. However, the larger number of hikers climbing it has more to do with it’s closeness to civilization and less to do with it’s terrain.

Also Read: Weirdest Laws Around The World That Might Leave You In Splits

Located in Peru, The Huayna Picchu barely qualifies to be a mountain. However, it seems to have more tricks up its sleeve than just its height. Overlooking one of the greatest wonders of the world, Huayna Picchu boasts a resplendent view of Macchu Picchu. This mountain is more of sacred trips for its hikers and is a heritage site, coined so by UNESCO. Mark this one on your list of go-to travel destinations because it is easy to go hiking on, the view is breathtaking and the llamas are adorable.

The Mount Everest, as a lot of you know, is the tallest mountain in the entire world. With a whopping height of 29092 feet, this mountain is both grandiose and tough to conquer. Many a hikers have tried but very few have succeeded. While Mount Everest is definitely not the most difficult mountain to go climbing on, it is also no piece of cake. Despite the harsh conditions, turbulent weather and challenging terrain, Mt.Everest remains the most attempted mountain to be hiked till date. 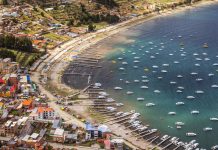