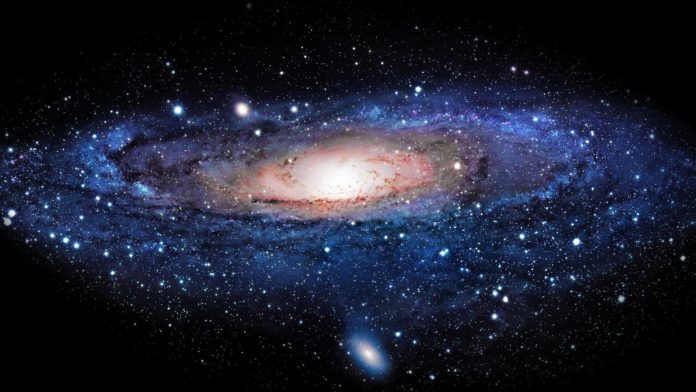 Astrophysics is a branch of space science that applies the laws of physics and chemistry to explain the birth, life and death of stars, planets, galaxies, nebulae and other objects in the universe. It has two sibling sciences, astronomy and cosmology, and the lines between them blur.

‘It all began with Newton’

While astronomy is one of the oldest sciences, theoretical astrophysics began with Isaac Newton. Prior to Newton, astronomers described the motions of heavenly bodies using complex mathematical models without a physical basis. Newton showed that a single theory simultaneously explains the orbits of moons and planets in space and the trajectory of a cannonball on Earth. This added to the body of evidence for the (then) startling conclusion that the heavens and Earth are subject to the same physical laws.

The Astrophysics current missions include three of the Great Observatories originally planned in the 1980s and launched over the past 25 years. The current suite of operational Great Observatories includes the Hubble Space Telescope, the Chandra X-ray Observatory, and the Spitzer Space Telescope. Additionally, the Fermi Gamma-ray Space Telescope explores the high-energy end of the spectrum. Innovative Explorer missions, such as the Swift Gamma-ray Explorer and NuSTAR, as well as Mission of Opportunity NICER, complement the Astrophysics strategic missions. SOFIA, an airborne observatory for infrared astronomy, is in its operational phase and the Kepler mission is now actively engaged in K2 extended mission operations. All of the missions together account for much of humanity’s accumulated knowledge of the heavens. Many of these missions have achieved their prime science goals, but continue to produce spectacular results in their extended operations.

Since, the only way we interact with distant objects is by observing the radiation they emit, much of astrophysics has to do with deducing theories that explain the mechanisms that produce this radiation, and provide ideas for how to extract the most information from it. The first idea about the nature of stars emerged in the mid-19th century from the blossoming science of spectral analysis, which means observing the specific frequencies of light that particular substances absorb and emit when heated. Spectral analysis remains essential to the triumvirate of space sciences, both guiding and testing new theories.

In the early 1920s, Cecilia Payne discovered, using spectroscopy, that stars are predominantly hydrogen (at least until their old age). The spectra of stars also allowed astrophysicists to determine the speed at which they move toward or away from Earth. Just like the sound a vehicle emits is different moving toward us or away from us, because of the Doppler shift, the spectra of stars will change in the same way. In the 1930s, by combining the Doppler shift and Einstein’s theory of general relativity, Edwin Hubble provided solid evidence that the universe is expanding. This is also predicted by Einstein’s theory, and together forms the basis of the Big Bang Theory.