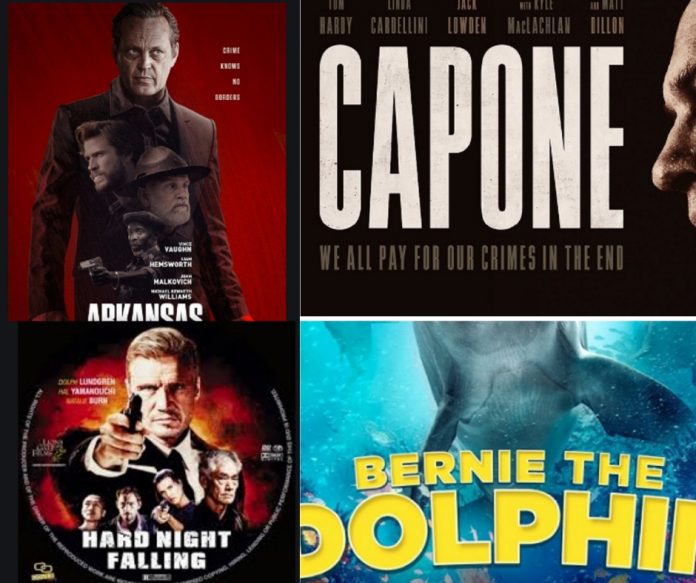 OTT platforms like Netflix and Amazon have come up with so many things to watch out.  It offers different TV shows, web series, and movies. It comes up with diverse genres like drama, romance, thrill, and crime.

Are you in the mood to binge you haven’t seen in a generation? Well, then  Amazon provides you with much stuff to watch. A lot of people would rather spend hours or even days with the same characters in a TV series, and Amazon has one for every mood. So here are the upcoming movies that you can binge on Amazon Prime.

In this movie, a small-time rancher insists to hold a captured outlaw who’s awaiting a train to go to court in Yuma. A battle of wills ensues as the outlaw tries to psych out the rancher. Check out the trailer

Charles and his group of friends seem to be unlucky in love. When this guy Charles meet Carrie at a wedding, he thinks his luck may have changed. After that something happened, there was one magical night, Carrie leaves that place and goes back to her hometown. Everything was ended between the two of them.

After some time, Charles and Carrie’s paths continue to cross. There he started believing that they are meant to be together. Check out the trailer of the movie:-

Inception is the film based on science fiction action film. It is written and directed by Christopher Nolan. The films revolve around a professional thief, played Leonardo DiCaprio. In this movie, he steals the information by working on the subconscious of his targets. For more information, check the YouTube Trailer:-

Margin Call is a 2011 American drama thriller film. It is written and directed by J. C. Chandor. This was the director’s feature directorial debut. The principal story takes place over a 24-hour period at a large Wall Street investment bank during the initial stages of the financial crisis of 2007–08.

The movie is disreputable for having had 9 minutes cut by the MPAA due to the amount of savagery. Though co-producer Dunning assured that the excised footage still existed, attempts to release it proved difficult as Paramount Pictures refused to offer an uncut version.

Lionsgate subsequently secured DVD rights to the film (as well as several other Paramount features, under license) and released the uncut version on January 13, 2009.

Other releases on August 1

Dora spent almost her life searching the jungle with her parents. For her most dangerous adventure ever — High School. Always the explorer, Dora quickly finds herself leading Boots (her best friend, a monkey), Diego a peculiar jungle inhabitant, and a ragtag group of teens on a live-action adventure to safeguard her parents and solve the impossible mystery behind a lost city of gold.

Check out the trailer:-

The plot of “Arkansas” is complicated, though not really intricate: standoffish drug dealer Kyle (Hemsworth) and his arrogant business associate Swin (Duke) blunder into a bad scene after a routine drug run goes bad, compelling them to work for Bright, a proudly malevolent drug kingpin and full-time park ranger. Ranger Bright hardheartedly feats Kyle and Swin because he’s somewhat higher-ranking than them in the local gangster food chain, which is overseen by the enigmatic crime boss Frog and his equally secretive drug supplier.

Kyle and Swin are mostly ok with being subjugated for a while until Swin starts socializing Johanna a local girl who is an earnest Christian but is also probably smarter than her connotation with Swin might recommend.

The Peanut Butter Falcon follows Zack (Zack Gottsegen), a man who has Down syndrome. In the movie, as he runs away from the nursing home where he lives to pursue a career in pro wrestling.

This is the action and thriller based film. Goro, a criminal mastermind, plot to do thievery of gold from the Rossini family. Without knowing Goro and his soldiers of fortune, one of Rossini’s guest is a completely trained foreign operative who fights to not only save the hostages and the gold but his jeopardized family.

Capone is a 2020 American biographical drama film. It is written, directed, and edited by Josh Trank, with Tom Hardy. In this movie, Tom Hardy played the role of eponymous gangster Al Capone.

The film focused on Capone after his 11-year sentence at the US Penitentiary, as he was suffering from neurosyphilis and dementia during his stay in Florida.

Globally famous Bernie the Dolphin and his pod back home in their favorite cove, Kevin and Holly turn their focus to the newest dolphin in Marineland: Rascal. But when Winston Mills is released from prison with a plan for revenge, the kids must team up with Bernie to save the day once again.

It is a real story about two brothers, both competing for the highest honor in horse racing, the Melbourne Cup. When tragedy strikes, one brother relies on supporting a veteran horse trainer for overcoming all the challenges himself to win. This is the incredible story of motivation and victory over adversity.

Also Read:- All about the Harry Potter star-Daniel Radcliff

Chemical Hearts is the story a teenage student, called of Henry Page. He considered himself a hopeless romantic but has never fallen in love.

He wanted to become the editor of the high school newspaper. There he resides delightedly concentrated on his studies to enter a good university until Grace Town enters his class.

This is the tale of courage and heroism in a time of war. During the invasion of Parthia, two Roman legions have been brought to a standstill in the snowy mountains of Armenia, leaving them slowly dying in the freezing cold.

Their only hope for survival is Noreno, a half-Roman soldier, who is responsible for the impossible mission of crossing the deadly terrain to seek help for his men and turn the tide of the battle.

This is a story of a skilled big-game hunter specializing in rare and dangerous species. Recently, he caught a rare white jaguar in the rain forests of Brazil . He is now expecting to sell it to a zoo for a fortune.

The gamer books a ship to deliver the jaguar along with other animals to the U.S. However, authorities also wants the ship to transport an ill-famed killer who must be brought to trial. He is the one who cannot be transported by plane due to medical issues. The criminal frees himself on the way to the U.S. Moreover, he releases dangerous animals and venomous snakes.

The Courier is a 2019 action based thriller movie . This unfolds in real time as two military history souls fight for their lives. Academy Award (R) winner Gary Oldman (The Dark Knight franchise) stars as a vicious crime boss out to kill Nick, the lone witness set to testify against him.

He hires a mysterious female motorcycle courier to unknowingly deliver a poison-gas bomb to slay Nick, but after she saves Nick from certain death, the duo must confront an army of ruthless hired killers in order to survive the night.

In this blog, I have highlighted some of the amazon prime movies to watch out this August. I hope you’ve enjoyed this blog.