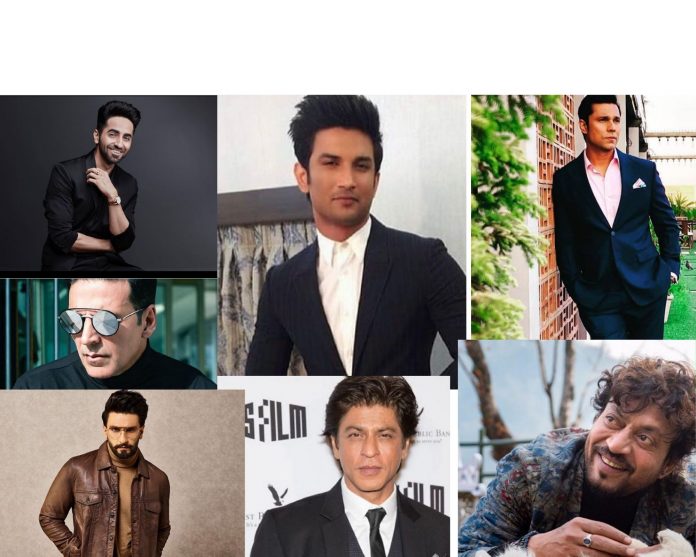 Talent is something that is given to someone by birth. We all have watching Indian cinema for our favourite stars. People adore and love to watch their movies. Without any support or any Godfather, they have created their position in Indian Cinema. Some of them came under nepotism. But the talent of these actors is worth praising, and no one can deny they are better performers than the star kids. In this blog, I will discuss the top Bollywood actors who are self-made and achieved a lot without having so-called Godfathers.

So read on the full post to know the self-made Bollywood actors.

Akshay Kumar is better known as Khiladi Kumar in the Bollywood industry. He has contributed a lot to the film industry, and yet he is working so well. In one of his interviews he said that he was late for his first assignment of ads and the coordinator told him that he didn’t deserve to be a part of this industry, and in the same evening, he was offered to do five films of Pramod Chakravorty. Hence, his tremendous work in the Bollywood industry, not only makes him the best actor but the self-made Bollywood actor.

Shahrukh khan will be the athlete if he is not an actor. Before starting his acting career, he was fully indulged in sports. In one of his interview, he told that a nasty injury ended my career in games, that why I was choosing up an acting offer. This acting offer was given to Shahrukh khan by his neighbour. He firstly acted in TV series- “Fauji”, and after that, someone noticed him so well, he got immense opportunities in Bollywood. He also told” One evening, while I was eating roadside Biriyani in Bandra, producer Vivek Vaswani bumped into me and asked if I’d do movies. The next day he took me to GP Sippy, and I signed five films in one day.”

Sushant Singh Rajput is a remembering actor. The audience can’t forget him. He has done so many good films. From an outsider to a superb actor, his contribution to the film industry is praiseworthy. He started his career as a back-dancer, after that he made his debut in Television series- “Kis Desh Mein hai Mera Dil” and Sushant Singh Starer “Pavitra Rishta” is the most memorable show. His M.S Dhoni: The untold story was the blockbuster hit. He contributed too much talent to this Bollywood cinema. Sushant was a genius in Physics. In one of his interview, the actor told:-

“After an initial phase of the struggle, I got noticed once I landed the lead role in Ekta Kapoor’s daily soap Pavitra Rishta. But I wanted to do films, so I quit the show and was jobless for many months and like a true struggler worked at various coffee shops. And then, Kai Po Che happened, and my life changed.”

Ranvir Singh is now a renowned name of the Bollywood industry. During one of his interviews, he said he had never thought of becoming an actor. He was a waiter at Starbuck in the U.S. When he came to India back; he started doing copywriting with different agencies like O&M, JWT. After that, he began assisting in the movies. He gave different auditions, and with the help of casting director of Yash Raj Films Shanno Sharma, he became the part of Band Baja Barat. From this movie, his journey of achieving fame in Bollywood started.

Ayushmann Khurana started his career from MTV Roadies contestant and worked in two TV serials. In the year 2012 his first movie “Vicky Donor” made a remarkable performance. Till the time, he has contributed so many movies into Indian cinema. Despite his hit movies, once a famous director-producer neglected him. He mentioned about nepotism. Ayushmann has given so many hits like Vicky Donor, Badhaai ho, Dreamgirl, and many others and he is self-made Bollywood actor. He has no Godfather and achieves this level of success on his own.

Irrfan Khan was that actor who can act beautifully with his eyes. The actor had done remarkable roles. His last film was “Angrezi medium” and that was a hit. Despite being an outsider, he stunned the Bollywood cinema with his performances in Pan Singh Tomar, Slumdog Millionaire, Maqbool, and many other films. The actor is still recognized today because of his talent and efforts. The talented actor passed away on April 29 2020 but he is still in the hearts of the audience.

Randeep Hooda is one of the talented actors, but yet he is underrated. He started his career from modeling. His first film was the Monsoon Weddings. Earlier the actor was recognized as the supporting actor but after his movie “Once Upon a time in Mumbai” he was noted by many for his performance. He has given tremendous performance in the movie Highway. His acting skills were depicted correctly in the movie “Sarbjit”. Hooda has also made his Hollywood debut with the film “Extraction” that was released on Netflix on April 24, 2020.

Also Read- When Will Bollywood Stop Being Misogynistic?

Real talents don’t need any Godfather. The audience can find who is more worthy of praise and respect. Many talented actors, due to partiality and favouritism, suffer a lot. But the important thing is they have the real talent that favoured candidates most probably have. Bollywood has lost two talented self-made actors, i.e. is Sushant Singh Rajput and Irrfan Khan, but their performance was mind-blowing and outstanding. They have presented a lot to film fraternity in the last ten years. So this article is all about the self-made Bollywood actors. I hope you have enjoyed reading this article. If you have any views, post your comment in the comment section.