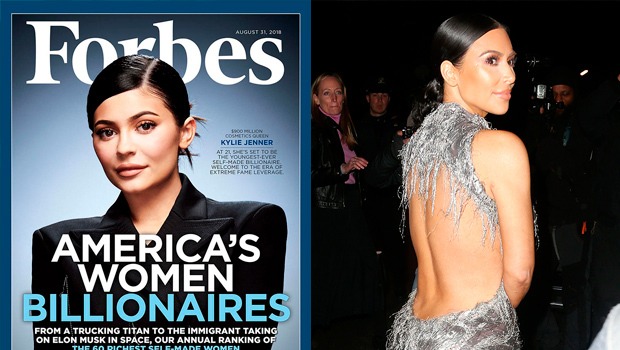 Apart from being famous for her own line of cosmetics and scandalous love-affairs, the 22 years old ‘fashion queen,’ Kylie Kristen Jenner gained stardom from the reality television series ‘Keeping Up with the Kardashians‘ and is now the world’s youngest billionaire.

Who is Kylie Jenner?

Owner of a cosmetic company worth $900 million, the 22 year old model, businesswoman and now, the mother of a daughter named Stormi Webster, Kylie Jenner is not only famous for her oh-so-gorgeous looks and incredible body, but is also known as the sister and sibling of Kim Kardashian and daughter of Kris Jenner. She has around 141 million followers and had also been voted as one of ‘America’s most favourite moms‘ this year. She has an older sister named Kendall, and several half-sisters: Kim, Kourtney, Chloe, and Rob. Her father, former Olympic gold medalist Bruce Jenner announced in the year 2015 that he was a transgender and began to be known by the name Catilyn. Kylie’s best friend is Anastasia Karanikolaou who seems to have replaced Jordyn Woods after a certain rumor regarding her affair with Kylie’s older sister Khloe’s boyfriend Tristan.

Her Stairway to Stardom

Kylie Jenner was born with a golden spoon in her mouth, as the daughter of Kristen Mary Jenner or, Kris Jenner, who is an American tv personality, businesswoman, producer, and author. Apart from her television career which began with the famous tv show, Keeping Up with the Kardashians, a large part of her wealth came from her make-up company, which led her to become the world’s youngest self-made billionaire at the age of 21. She came into the limelight also because of her excellent feeds on Instagram and her dating life with several personalities.

Her scandalous relationships and love life

What is stardom without scandals? Have you ever heard of one famous personality without a single scandal? When it comes to Kylie, it turns out that she has had quite a dating history, though she has gracefully managed to keep her love life pretty private. Apart from her breakups and feuds with ex-boyfriends, Kylie managed to keep her pregnancy a secret for quite some time. She started dating the rapper Tyga, prior to Travis Scott- who also happens to be the father of her child Stormi, but they broke up in September 2019, stirring a lot of gossips and rumors until she took to Twitter and wrote-‘Travis and I are on great terms and our main focus right now is Stormi !! Our friendship and our daughter is priority’ thus, clearing the air.

What other news concerning the 22-year-old made it to the headlines recently?

Well, well, it turns out that Kylie had to face some issues while launching her new skincare line. When she announced the inclusion of a walnut scrub in her skincare line, she was dissed and mocked online since dermatologists have warned that walnut might cause irritation on the surface of the skin. Also, in June this year, Kylie threw a birthday party for her best friend who was themed after ‘The Handmaid’s Tale‘ where each guest was given red robes that were worn by oppressed Handmaidens in Margaret Artwood’s novel, ‘Handmaid’s Tale.’ Not everyone found this amusing and rather was discomforting and disheartening to some. Anything but a quippy move, Kylie!

She also turned into a meme for singing ‘Rise and Shine’ to her daughter which was posted on Youtube. Apart from this, many were offended with the title that was given to her of being the youngest ‘self-made’ billionaire in the world, as most believe that she was born with privileges in the first place and used her family’s name to rise to fame and popularise her products. Well, tough to list a few when the fashion queen and cosmetics mogul has had quite a run in terms of business and relationships over the past year.

Kylie and her relationship with her fam-bam

Kylie’s relationship with her family is also talk of the town, just like every other aspect of her life. In an interview, Kylie talked about how the birth of her daughter changed her perspective on life as a whole, and towards her mother in particular, where she began to realize what all she had done for her as a mother. The 22 years old makeup mogul surprised her mother with a red 488 Ferrari on her 63rd birthday, which costs around $250,000. Kylie also shares a very close bond with her biological sister and daughter of Catilyn, Kendall Jenner where in an interview, she mentioned that the birth of Stormi brought the two siblings closer. Kendall is one year older to Kylie, and the small gap in age often leads to frequent feuds followed by making up and partying together. As we all know, sibling rivalry is quite common amongst as us, then why leave the celebrities out of it? The Kardashian-Jenner family comprises of 5 sisters where 3 of them, namely, Khloe, Kim, and Kourtney are from the Kardashian family, while Kylie and Kendall belong to the Jenner family. The first sister who came into the limelight was Kim Kardashian back in 2003 when her sex tape with the rapper Ray J went public.

Since then, one after the other sister began getting famous. The only person other than Kim, who managed to gain an immense amount of popularity and fandom, was Kylie, which was perhaps unexpected by Kim herself. After the show ‘Keeping up with the Kardashians’ became popular all over the world, especially because Kim starred in it right after her ‘scandalous’ venture, little did she expect that her little stepsister would end up creating an empire of her own. Though Kylie acknowledges her privileges and the platform that she had been provided with, due to her family’s name, there is still a slight amount of tension between the two most popular sisters of the Kardashian-Jenner family.

The entire family of the Kardashian-Jenner tree has always been widely known to have a great taste in fashion. All of them have connections in the fashion industry and have their own clothes or cosmetics line. The trend of wearing bodysuits, was first set by this family, which enabled them to show off their oh-so-hot curvy bodies. Kylie is widely known and appreciated for her luscious lips, which started a dangerous Kylie Jenner challenge that enabled people to swell their lips by suction. She is also known for her peculiar yet jaw-dropping and mind-bogglingly awesome hairdos. Her frequent changes in hairstyle acted as another trendsetter for her fans.

Kylie Jenner is the world’s youngest billionaire and fashion queen, and despite all the ups and downs in her love life and other relationships, nothing seems to bring her down from her throne.