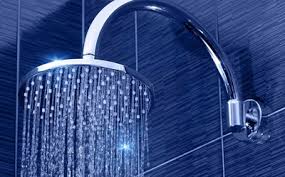 Cold showers have been the talk of the town in the past few months for their tremendous health benefits. With its increasing popularity, a number of people have switched to cold showers and social media is flooded with reviews. Scientifically, cold showers work as “cryotherapy”, which is a process of medical treatment via exposure to very cold or freezing temperatures. Cryotherapies help in healing various ailments and are also being used in cancer treatments.

How cold is a cold shower?

A shower with water temperature below 70°F qualifies as a cold shower. The temperature may sometimes vary depending upon the region, but a shower below the specified temperature, in general, provides for all the claimed health benefits.

How to start with cold showers:

Getting into the hang of cold showers can be a little difficult, for they are definitely not warm and cosy. Here are a few methods that you can try to make your cold shower experience a little less scary.

Getting straight into a cold shower right after leaving your warm bed can be frightening. Although this is the best method for waking-up energized, you can save yourself from this torture in other cases. The easing in method involves a gradual change in the temperature of water from hot to cold. Beginners can start with longer switching durations and the switching time can be decreased as one starts to get more comfortable.

This method involves alternating hot and cold showers.  One can temporarily switch from a cold shower to a hot shower in order to allow the muscles to ease up a little. 1:3 is the most preferable hot is to cold ratio for contrasting showers. However, this ratio can be changed slightly to suit one’s comfort, without much effects on the benefits.

Focusing your thoughts in a different direction helps in distracting your brain from the cold. Visualizing a warmer place or listening to music can serve as effective distractions. Focusing on one’s breath also helps in managing cold showers.

Studies have shown that people taking cold showers daily produced more white blood cells or WBCs when compared to people taking hot showers. The WBCs are responsible for fighting off any foreign body and building up immunity. Research at Britain’s Thrombosis Research Institute has shown that the human body tries to warm itself up post and during a cold shower, leading to a faster metabolism. This increase in the rate of metabolic activity activates the immune system, generating more white blood cells.  German studies have shown that regular cold showers can help combat oxidative stress, i.e. they can help in dealing with the imbalance between the free radicals and the antioxidants present in one’s body.

Hydrotherapy has long been used for promoting fertility in both men and women. While the effects on women are nominal, cold showers can do wonders in boosting fertility in men. Heat affects sperm production, and taking fewer hot showers was proven to increase the sperm count by an average of 500 percent, according to a study conducted in 2007. Moreover, cold showers lower the scrotal temperature, which enhances sperm production and also increases testosterone levels.

Humans naturally experience a drop in body temperature while sleeping. A cold shower helps in lowering the body temperature, sending signals that the body is prepared for sleep. Taking a cold shower right before bed, thus triggers the sleep signals in your body, resulting in a deeper sleep.

Hot water has drying effects on the skin and is therefore not the best option for skincare. Cold showers cause vasoconstriction, i.e. the constriction of blood vessels, which helps in tightening pores and cuticles. Cold water also “seals” the skin from germs and dust, preventing their entry into the body.

Similar to the sealing action in the skin, cold water also seals the scalp, preventing the entry of dirt. Moreover, unlike warm water, cold water does not deprive the scalp of its essential oils, promoting hair growth.

Cold showers improve blood circulation, which helps in reducing muscle inflammation. Taking cold showers post vigorous physical activity has been proven to flush lactic acid out of the body, which helps in relieving fatigue. The vasoconstriction caused, which leads to an increase in the temperature of the muscles also aids in faster muscle recovery. A cold shower has similar effects as that of an ice pack post a work-out session.

Most mental disorders including depression and anxiety cause a decrease in noradrenaline levels in the brain. An increase in the levels of the same proves significant in treating depression. Cold showers activate the sympathetic nervous system which boosts beta-endorphin and noradrenaline levels. Human skin has more cold receptors than warm receptors. Exposure to cold water sends a huge amount of impulses to the brain, which works similar to electroshock therapy for treating depression. Moreover, cold showers help in decreasing the levels of stress hormones like cortisol, while promoting the production of serotonin, the happiness hormone.

Cold water causes the body temperature to drop, which is then brought to normal via faster blood circulation. The increased circulation also leads to a higher demand for oxygen, causing faster breathing rates. This, in turn, increases the oxygen supply to the muscles, which helps in fighting fatigue.

Cold showers, as mentioned previously, increase the levels of beta-endorphins in blood. The beta-endorphins bind to the opioid receptors in the brain in a similar manner as opioid drugs. Having cold showers thus tricks the brain and helps in managing post-withdrawal symptoms better.

exposure to cold water causes a small amount of stress on your nerves. Regular cold showers thus help in training the nervous system to handle stress better, as the body gets used to it. Cold showers help in adaptation and the body becomes capable of handling more stress gradually.

Cold showers stimulate the nerves, which activates the brain and helps in waking up energized. Cold showers have been proven as one of the most effective methods of getting up in the morning.

Cold showers create a state of alertness which leads to faster breathing rates. This decreases the carbon dioxide levels in the blood while increasing the oxygen levels. The brain and the muscles thus get a more oxygenated supply of blood, which helps in better detoxification.

Cold showers can be a little difficult to start with but prove extremely beneficial in the long run. The immense health benefits, paired with zero side effects make cold showers the best option available out there to stay healthy.