Worms in our everyday life

You remember the 9th grade science class where you learned about the types of diseases and about the parasitic worms those live in us ?

And it’s scientific definition that you must know is :

Helminths (/ˈhɛlmɪnθs/), also commonly known as parasitic worms, are large multi-cellular organisms, which when mature can generally be seen with the naked eye. So here are top 5 worms that a human must have been infected with once in their life .  Why don’t you have a look which parasites are most likely to be found in your body !

Pinworm is the most ubiquitous parasitic worm infecting people in temperate climates—places like the U.S., Europe and most of China, which are neither tropical nor polar, but have four seasons. Nearly all children catch pinworm before they reach age 12 (yes, that means you, too) by digesting tiny bits of fecal matter from other kids. Pinworm inhabits the colon and rectum, feeding on Escherichia coli (E. coli) bacteria in the stool. Late at night when children are asleep, the female pinworm, which measures about the length of a staple (0.5 inch or 13 millimeters), emerges from the anus and lays her eggs on the surrounding skin. The eggs are itchy, causing children to scratch and contaminate their fingers. When they suck their thumbs, or touch other children who suck their thumbs, the cycle starts all over again.

People accidentally ingest immature worms by eating raw or under cooked pork. Once the worms pass into the intestines, they latch onto the intestinal walls with suckers and hooks and begin to grow—and grow. The pork tapeworm shown here, Taenia solium, can grow as long as 20 feet (six meters). Often, people don’t even know they have tapeworm until they see the worms—or pieces of them in their stool. If a person ingests the tapeworm eggs (by, for example, drinking water contaminated by egg-laden human feces), the eggs hatch into larvae the stomach and travel into the small intestine. From there, they may enter the bloodstream and migrate to the muscles, eyes or brain, where they can cause seizures, headaches and potentially fatal brain swelling.

Beware of under cooked pork chops, tenderloin and sausages. If pork is your pleasure, make sure you cook it through to 170 degrees Fahrenheit (77 degrees Celsius); that should be enough to scorch any  Trichinella larvae that may be hiding within. The larvae are encapsulated in protective coats that are digested by stomach acid. Once released, the larvae migrate to the small intestine and develop into adults measuring as long as 0.1 inch (three millimeters). Trichinella spiralis females, like the one shown in the photo, lay larvae that journey through the bloodstream and burrow into the muscle fibers, enveloping themselves in a cyst or protective covering. In the first few days of a Trichinella infection, a person may have symptoms such as vomiting, diarrhea, fever and abdominal pain. Most cases are mild, but severe infections can lead to potentially fatal heart and breathing problems. Generally the more worms eaten, the more severe the symptoms.! Thus after reading this maybe some of you wont touch pork or else you must be aware that pork is been cooked or not !

Ascaris lumbricoides is the giant roundworm of humans, growing to a length of up to 35 cm. It is one of several species of Ascaris. An ascarid nematode of the phylum Nematoda, it is the largest and most common parasitic worm in human beings .Thus ,your symptoms will depend on where the roundworms are in your body, but there can be complications when there’s a large infestation.

Ascariasis is an infection of the small intestine caused by Ascaris lumbricoides (A. lumbricoides), which is a species of roundworm.

Roundworms are a type of parasitic worm. Infections caused by roundworms are relatively common. Ascariasis is the most common roundworm infection. About 10 percent of the developing world is infected with intestinal worms, according to the World Health Organization (WHO). However, infections with parasitic worms are not as common in the United States, according to the Centers for Disease Control and Prevention (CDC).

Ascariasis is most common in places without modern sanitation. It’s transmitted through unsafe food and water. The infection usually causes no symptoms, but heavier infestations can lead to problems in the lungs or intestines.

Some question must have been arised in tour mind that What Causes an Ascariasis Infection?

After ingestion, the A. lumbricoides roundworm reproduces inside your intestine. The worm goes through several stages:

Once they’re back in your intestine, the worms will mate and lay more eggs.

The cycle continues. Some eggs are excreted through your feces. Other eggs hatch and return to the lungs.

Unlike most parasitic worms, which inhabit the intestines, lymphatic filariae live in the lymphatic vessels and nodes. For reasons not completely understood by scientists, the presence of these worms in the lymph system can lead to severe inflammation called elephantiasis, which often affects the legs, arms, genitals and breasts. Unfortunately for men, the worms have a propensity for the male genitalia. The worms get inside a person’s body when a mosquito carrying their larvae sinks its proboscis into a victim’s skin. The larvae travel through the skin and into the lymph vessels where they mature into adults measuring as long as four inches (100 millimeters).  According to WHO, the infection usually begins in childhood but often takes years to cause elephantiasis.

Thus ,this is not the end you must search out these different kinds of parasitic worms that are found in human beings .And to make sure you and your family is healthy or not, you should have a regular weekly checkups with your concerned doctors ! 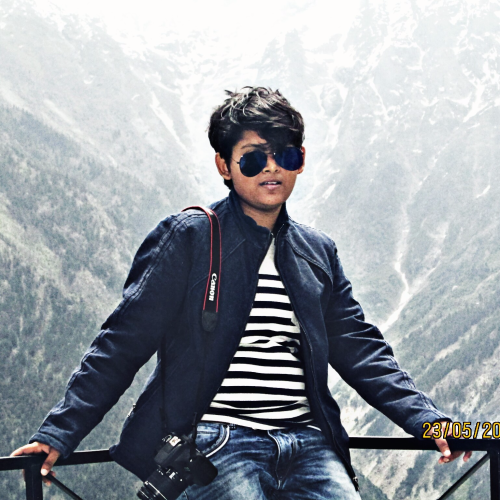